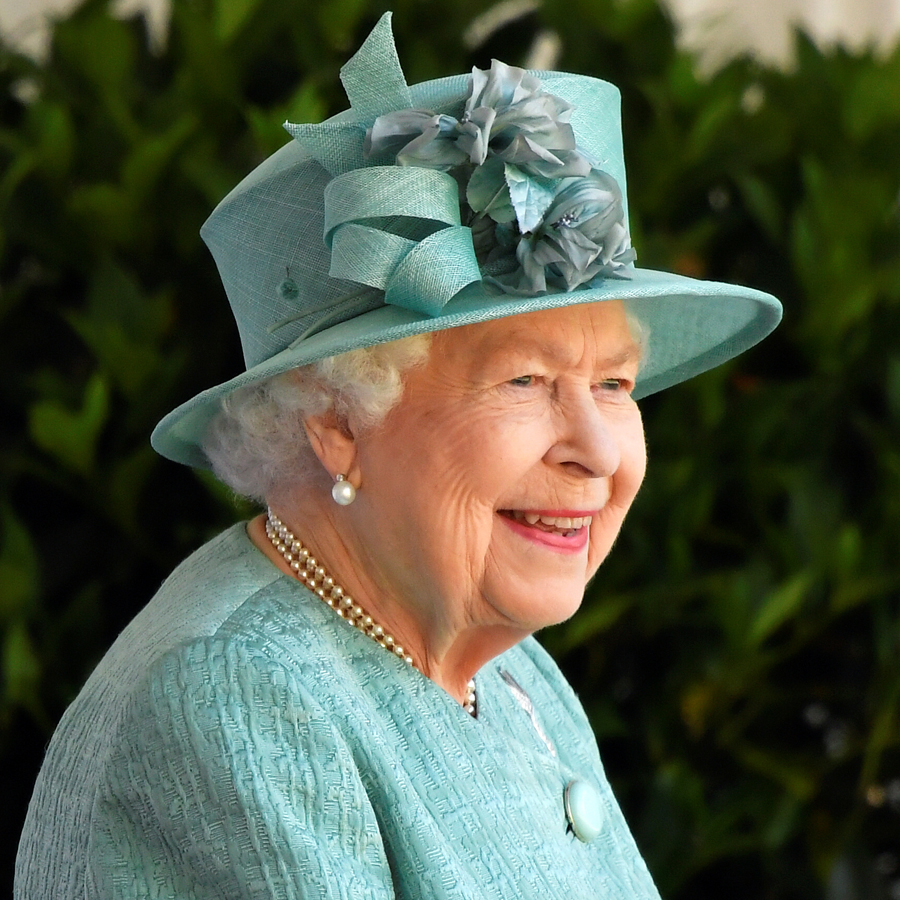 Queen Elizabeth II was all smiles as she attended a pared down Trooping the Colour ceremony on Saturday morning at Windsor Castle to celebrate her official birthday. Photo by Toby Melville/WPA Pool/Getty Images

It’s her party and she can “troop” if she wants to.

The “she” in question is, of course, Queen Elizabeth II, whose official birthday is marked each year with the annual Trooping the Colour, a grand military celebration and parade centred around Buckingham Palace that was technically cancelled this year in the wake of the COVID-19 pandemic, which forced the monarch and her husband, Prince Philip, who turned 99 last Wednesday, into isolation at Windsor Castle.

But the pandemic didn’t stop a contingent of troops from celebrating a pared down Trooping the Colour at Windsor Castle on Saturday before a smiling Queen beneath a sky as blue as her matching jacket and hat. The monarch watched the trooping in her first official public appearance — if you don’t count her first official public Zoom call last week — since going into isolation. You can see video of the ceremony below.

Soldiers from the Welsh Guards and a band from the Household Division staged a small ceremony in Windsor Castle’s quadrangle, parading in formation, offering a royal salute and playing music including the national anthem while remaining socially distant from each other by keeping more than two metres apart. Without the normal throngs of people to cheer on the celebration in person, spectators watched live from home, including some who thought they spotted the Queen dancing to the music played by the Household Division band.

The ceremony was put together by Garrison Sergeant Major Warrant Officer Class 1 Andrew Stokes, according to The Telegraph, which noted that 29-year-old Zambian-born Lance Corporal Chusa Siwale, took a leading part in the trooping by performing the Drummer’s Call.

“Only four weeks ago I was involved with testing key workers for COVID-19 as part of the Welsh Guards’ contribution to the battle against the virus,” the publication quoted him as saying. “Now I am on parade performing in front of Her Majesty. This is a very proud day for me.”

The event marked the Queen’s first official birthday celebration at Windsor Castle and the first at that location since Queen Victoria celebrated there in 1895.

At the conclusion of the brief ceremony, which was also documented on the Royal Family Instagram account, the Queen beamed with delight as she left the quadrangle. Generally, Trooping the Colour is one of the year’s most exciting royal events — a ceremony that Zoomer has noted in the past often includes more than 1,400 officers, 400 musicians and 200 horses, plus a carriage ride by the Queen from Buckingham Palace to an inspection of her troops at the Horse Guards Parade and then back to the palace. And, of course, it becomes a family affair, with the entire Royal Family pouring out onto the Buckingham Palace balcony to take in the festivities, wave to the crowds and enjoy a fly over by the Royal Air Force.

The tradition of Trooping the Colour dates back to the 17th century and the reign of Charles II when, according to the official website, “the Colours of a regiment were used as a rallying point in battle and were therefore trooped in front of the soldiers every day to make sure that every man could recognize those of his own regiment.”

Meanwhile, the tradition of British monarchs celebrating two birthdays (the Queen was actually born on April 21) began in 1748 with King George II, a November baby who wanted to enjoy warm weather birthday parties. So he initiated the summer birthday tradition, complete with military celebration, and that tradition continues today. Queen Elizabeth II celebrates her official birthday on the second Saturday of June.

And while the Queen remains in isolation, it doesn’t mean she hasn’t been keeping busy. Earlier this month, Her Majesty celebrated the 67th anniversary of her coronation, enjoying a spin around Windsor Home Park on a 14-year-old Fell Pony named Balmoral Fern. She also partook in her first ever official Zoom call, speaking with four caregiver and her daughter, Princess Anne, in honour of the U.K.’s Carer’s Week. And, of course, the palace released a new photo of the Queen and Prince Philip on the occasion of his 99th birthday last week.

The Queen’s real birthday on April 21 also saw celebrations cancelled due to the pandemic.

Crowning Moment: Celebrating the 67th Anniversary of the Coronation of Queen Elizabeth II