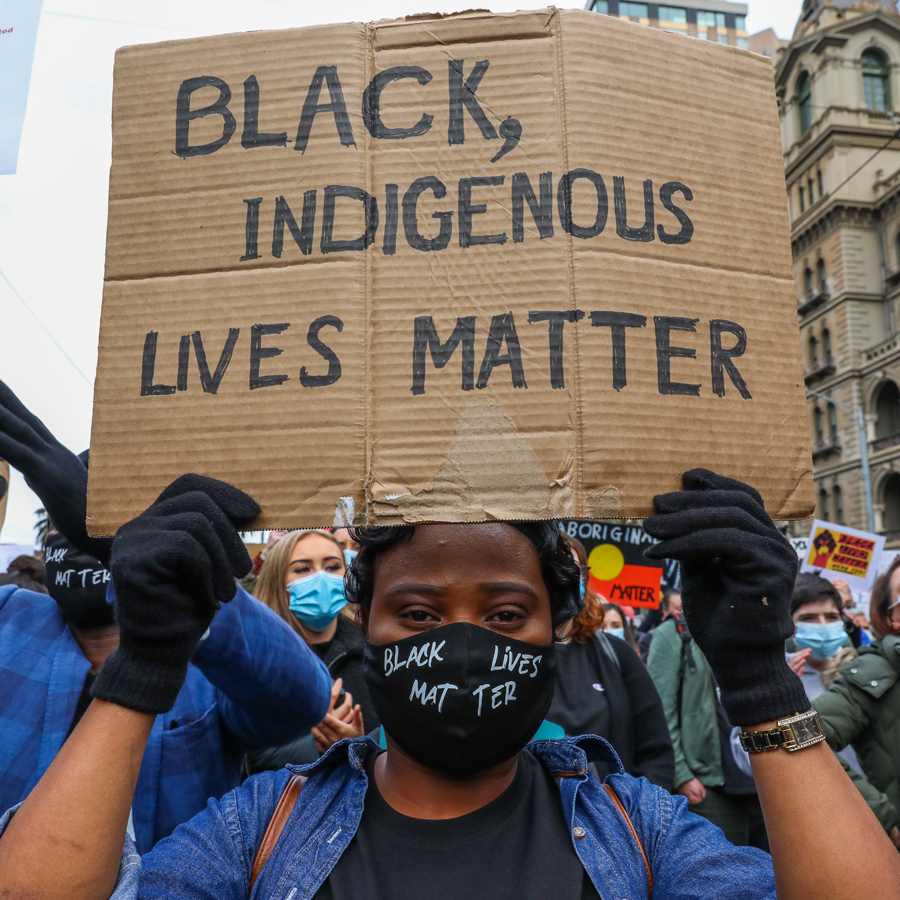 As protests against systemic racism continue in the U.S. and around the world, Nova Scotia’s April Martell picked Billy Joel’s “We Didn’t Start the Fire” to refute a sentiment she says she kept hearing — that racism isn’t a problem in Canada.

“It’s important that we look at our own issues while still supporting the Black Lives Matter movement,” she told the CBC.

Martell is from Blues Mills, N.S., just a few minutes away from We’koqma’q First Nation in Cape Breton.

She describes herself as a singer-songwriter in the bio of her YouTube channel. Initially she intended to simply record herself doing Joel’s 1989 hit, the rapid-fire lyrics of which traced history through 100 headlines back to 1949 — the year Joel was born.

“But as I’m reading the lyrics, it just wasn’t saying what I thought needed to be said,” Martell explained.

So earlier this month, she recorded the cover reworking the lyrics to address issues affecting Indigenous people including the Sixties Scoop and Missing and Murdered Indigenous Women and Girls.

Martell shared the video in a Facebook post, with the introduction, “I thought I’d share with the lyrics. I feel like much of this isn’t common knowledge and it should be. If there are parts of the song you’ve not heard of, please learn.” Then she includes the lyrics, which are as follows:

The cover includes the names of Indigenous people who have died and although some have made headlines, Martell hopes to bring awareness to those whose stories have not.

“There have been a lot of deaths lately,” she said. “I don’t understand. But a lot of these names [in the song] are recent. It’s not something that’s from 30 years ago. This is happening now.”

On June 4, a day before Martell posted her cover of “We Didn’t Start the Fire,” 26-year-old Chantel Moore was shot and killed during a wellness check by police in neighbouring New Brunswick. Then eight days later,48-year-old N.B. resident Rodney Levi, was shot and killed by the RCMP. Both incidents are under review by Quebec’s independent police investigation agency, the Bureau des enquêtes indépendantes.

Martell’s video has more than 7,000 views on YouTube, and has been shared on her Facebook page more than 75 times.

“[Music] might touch people differently than just reading an article or seeing something on the news,” Martell said. “It should be part of our history, it should be common knowledge, and it’s not.”