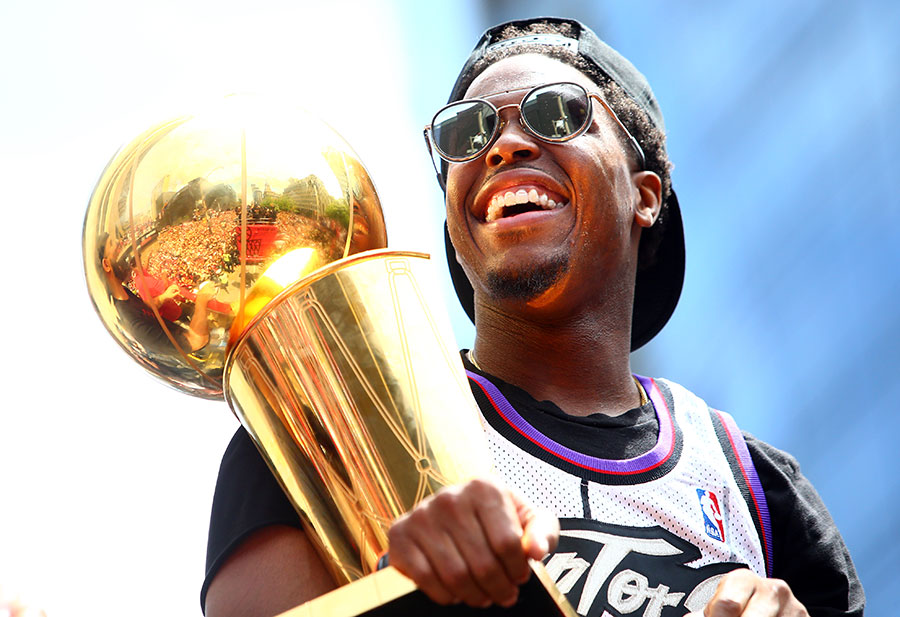 Nostalgia is typically reserved for days long passed, but with a global pandemic shutting down all major sporting events and robbing us of the resulting camaraderie, its hard not look back at the Toronto Raptors’ championship parade, which took place one year ago today, without feeling wistful.

But as we reminisce about a time when Raptors fans could pack the Scotiabank Arena, travel to invade the opposing team’s home court and party alongside their favourite players along the parade route, we should also perhaps consider the timeliness of it all.

If that championship run had happened a year later, the Raptors’ season would have been cut short and, assuming the same result, the team eventually would have been crowned COVID-champions in the Disney Wide World of Sports Complex — where the NBA plans to restart the season in quarantine — with no fans in the stands and no revelry on the streets of Toronto or the Jurassic Parks that popped up across the country during the playoff run.

So on the anniversary of the championship parade, and as we await the start of a very different NBA season — more resembling a star-studded YMCA recreational tournament — we’re looking back on our five favourite moments from an NBA championship run that was decades in the making and arrived just on time.

Everything about Kawhi Leonard’s series clinching buzzer-beater in Game 7 against the Philadelphia 76ers was iconic. With 7-ft centre Joel Embiid coming over to double team the all-star on the baseline, he was forced to hoist an unusually high arching shot that, combined with an extraordinary amount of backspin, created the conditions for those four bounces heard across the country.

In the time it took it took for the shot to fall, the now iconic photo of Kawhi Leonard crouching down beside the Toronto bench, tongue protruding slightly from his mouth, was snapped. While the photo — which won first prize in the sports category of the World Press 2020 photos of the year — will no doubt be immortalized on T-shirts and posters, watching a normally stoic Leonard screaming with elation as his teammates mobbed him is a memory not easily encapsulated in a single image.

“I’m a guy who acts like I’ve been there before,” Kawhi said of the celebration. “Whenever it’s a moment that I haven’t really experienced, I’ll try to show some emotion and let it come out. Tonight was one of those nights. It was a great feeling.”

Judging by the video evidence, we doubt he had to “try.”

If Kawhi Leonard was the hero of the Philadelphia series, Joel Embiid, with his famous airplane taunt, was the heel. Yet as the rest of the Raptors celebrated the Game 7 buzzer-beater, centre Marc Gasol took a moment to console the young centre who had broke down in tears near centre court.

“I thought it was needed for him, to let him know how much I care for him, how much I like his game, and how many times he’s going to be on the other side of losing,” Gasol said of his embrace with the fellow all-star at centre court.

Embid, who had been dogged by Gasol’s staunch defence all series long, appreciated the gesture.

With all the attention “the shot” by Leonard receives, an explosive moment in Game 6 of the Eastern Conference finals doesn’t get its due. After falling behind by 15 to the Milwaukee Bucks, the Raptors went on a 26-3 run capped off with an emphatic dunk by Kawhi Leonard over the top of Giannis Antetokounmpo, sending the Raptors’ faithful into a frenzy. It was the play that appeared to take the fight out of the Bucks while the Raptors never looked back as they secured the series-clinching win and advanced to their first ever NBA finals.

For Raptors fans, Kyle Lowry’s drop-off pass to Leonard was reminiscent of many fast break connections made with former Raptor Demar DeRozan.

“We kind of were on a run, and why not feed the big dog,” Lowry said of the play. “Let the big dog eat.”

As the clock ran out on the Raptors’ fourth straight victory against the Milwaukee Bucks, securing their spot in the NBA finals, it was the sheer look of jubilation and disbelief on Kyle Lowry’s face  that encapsulated the feeling of redemption felt by the entire fan base.

“It’s taken a long time to get here in my career, 13 years, seven years here,” Lowry said in an on-court interview after the game. “For me, I’m going to savour the moment, but I’m not satisfied. Our goal is to win the NBA championship.”

That steady eye on the prize mentality would pay dividends against a confident Warriors dynasty — led by two sharp shooters in Stephan Curry and Clay Thompson and the harassing defence of Draymond Green — going for their third straight championship.

Even after a costly miscue and badly missed buzzer-beater in a potentially championship-clinching Game 5 invited scrutiny from critics and trolls online, Lowry didn’t let it carry over to the next game.

Similar to his bounce back from a donut performance in their Game 1 loss against the Orlando Magic in the first round, Lowry came out with renewed motivation, going on his own 8-0 run to start the game.

“I wanted to be aggressive,” Lowry said of his performance, which saw him finish with 26 points and 10 assist. “[Of] All the games we won, I was more aggressive offensively.”

And who could forget how excited he was when he took to the mic as he and his teammates accepted their first ever NBA championship.

“It’s been a long time coming. It’s crazy. It’s crazy right now,” he said on the court during the trophy presentation. “Yeah I can’t really think right now, this is crazy. Toronto, Canada, we brought it home baby!”

After a gutsy win in Game 4 against the Golden State Warriors at Oracle Arena in San Fransisco, Raptors fans that had been scattered throughout the stadium gathered in one section to celebrate the victory, chanting, ‘We the North’ and singing “Oh Canada.”

In a post-game interview with Inside the NBA, Kyle Lowry wasn’t surprised about the post-game celebration that went on while he was still in the locker room.

“Everywhere we go they do that, man,” Lowry said.

Yet, when host Kenny Smith showed him the footage of the thousands of fans who stayed behind, Lowry was taken aback.

“Oh wow,” he said of the footage. “Jurassic Park of the West, huh?”

Like the Raptors’ actual NBA championship run, the celebration afterward was epic. And while some players sprayed their champagne on the thousands of fans that gathered along the parade route, there was one first time champion that wasn’t wasting a drop.

It must have taken quite the effort for 7-ft centre Marc Gasol to get inebriated on bubbly and beer, but as we’ve seen from his famous chugging videos that later surfaced on social media, his will definitely seemed to help him find a way.

By the time he reached the championship rally held at the end of the parade route at Nathan Phillips Square, Gasol was at that familiar stage of acceptance. As he sat next to Danny Green and Prime Minister Justin Trudeau he famously leaned over to tell Green what was already apparent: “I’m drunk.”

“He said it a lot of times actually,” Green said on his podcast Inside The Green Room. “It was more than once. And he’s sitting next to the prime minister and I’m like ‘Marc, get your shit together.’”

After receiving a bite from the wobbly big man, he decided it would be best to keep him away from the microphone.

“You cannot give Marc the mic,” he recalled telling Raptors play-by-play announcer Matt Devlin. “I’m being a teammate here, I’m helping him save his career possibly. He might say something crazy.”