Wisdom of the Ages: Author Marian Keyes on Her New Novel, ‘Grown Ups’ 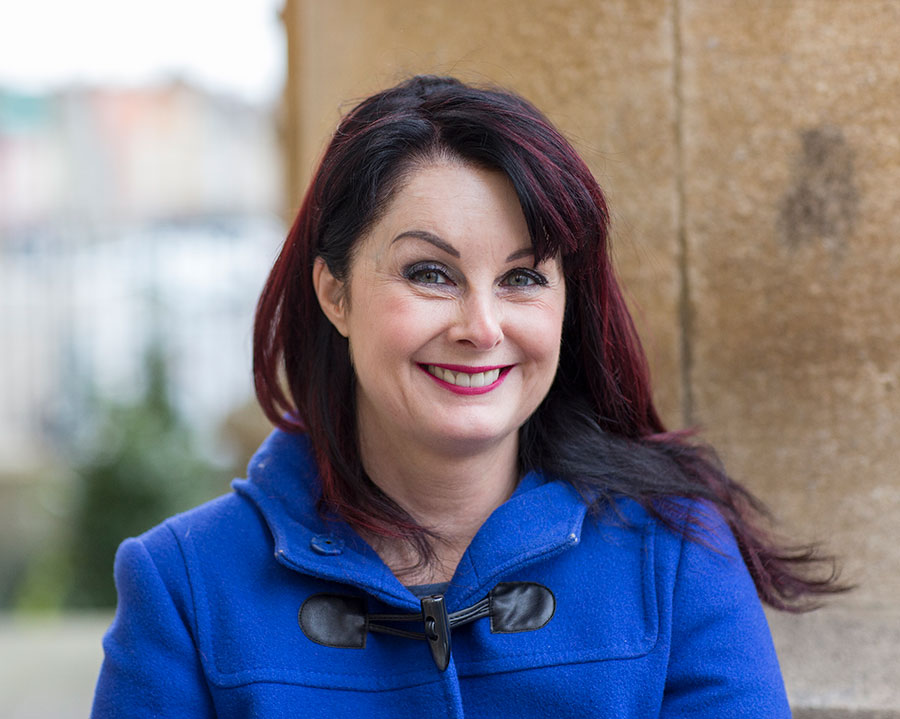 With her new novel Grown Ups, bestselling author Marian Keyes highlights the havoc a bit of truth can wreak on a dysfunctional family held together by lies. Photo: Photo: David Levenson/Getty Images

In her new novel Grown Ups, the Irish author — who’s known for her often hilarious observations on modern life in titles like Making it Up As I Go Along and Under the Duvet — follows the Caseys, a well-to-do family thrown into disarray after a daughter-in-law starts divulging their darkest secrets at a family dinner — the unfortunate side affect of a recently suffered concussion.

“I’ve always been fascinated by families — our white lies and omissions in order to keep everything cordial and functional versus our true feelings,” she says.

“So when someone I worked with got a concussion and suddenly was unable to keep any of her thoughts to herself I began thinking about what impact it would have on a close-knit family where one member began spilling everyone’s secrets.”

Of course that’s just the start of the dysfunctional tale as each family member begins to question whether it’s time to grow up amidst the unravelling that ensues after the fateful dinner.

Keyes — who’s sold over 30 million of her books and released 13 bestselling novels, including her 2006 novel Anybody Out There, which won the British Book Award for popular fiction and the inaugural Melissa Nathan Prize for Comedy Romance — says she hopes readers can identify with some of the themes and find a “sense of comfort that every family is dysfunctional, even those who look the most glamorous.”

“Also the reassurance that nobody ever truly feels ‘grown-up’, by which I mean, beyond fear and free from responsibility or accountability. For as long as we’re alive, humans will feel those uncomfortable feelings — uncertainty, insecurity, unexpected attacks of envy, cordial dislike… but it doesn’t mean we’ve failed at Adulting,” she says.

As for those looking to put pen to paper and perhaps write the story of their own family dysfunction, she says a routine is important.

“There’s this myth that books are magical things that sort of write themselves. Tragically, they don’t,” she says. “Prioritize your writing, block off a certain number of hours every day for it. Initially, don’t overthink it, the important thing is to get words on the page, you can tidy it all up later — rewriting, reworking, refining is 90% of the writing process.” Read on for Keyes’ answers to Zoomer’s Wisdom of the Ages questionnaire.

1. What advice do you wish you’d given your 25-year-old self?

Be yourself. Stop pretending to be what you think other people want you to be. Also, you’re an alcoholic, go to AA.

Don’t do anything you don’t want to do. Don’t put yourself out, just for the good opinion of other people.

Everything passes. The worst spells of darkness, the most bitter of sorrows, eventually will soften and ease.

That belief that tragedies and disasters only happen to other people? It’s not true. Sometimes I am ‘Other People.’ At some stage, we all are.

That neo-liberal conviction that poverty is a choice.

Whenever I’m in an intractable situation – personal, emotional, financial – to ‘Golden Key’ it: put it in an imaginary box, lock it with an imaginary key (yes, the Golden one) and then just do nothing, basically wait it out.

Frequently. When I’m in the thick of something distressing, I tend to panic and want to make phone calls and interfere so that I can fix things immediately and to suit me. But often, if I give it a bit of time, further information arrives or my attitude or the attitude of the others involved, changes. The problem can unravel spontaneously.

For me it was the moment I understood that my excessive drinking wasn’t because I was depressed, it was because I was an alcoholic. It was both an agonizing loss and the key to my freedom.

Lying on the couch watching telly with my husband.

Does Apocalyptic Fiction Help Us Deal With Pandemic Anxiety?