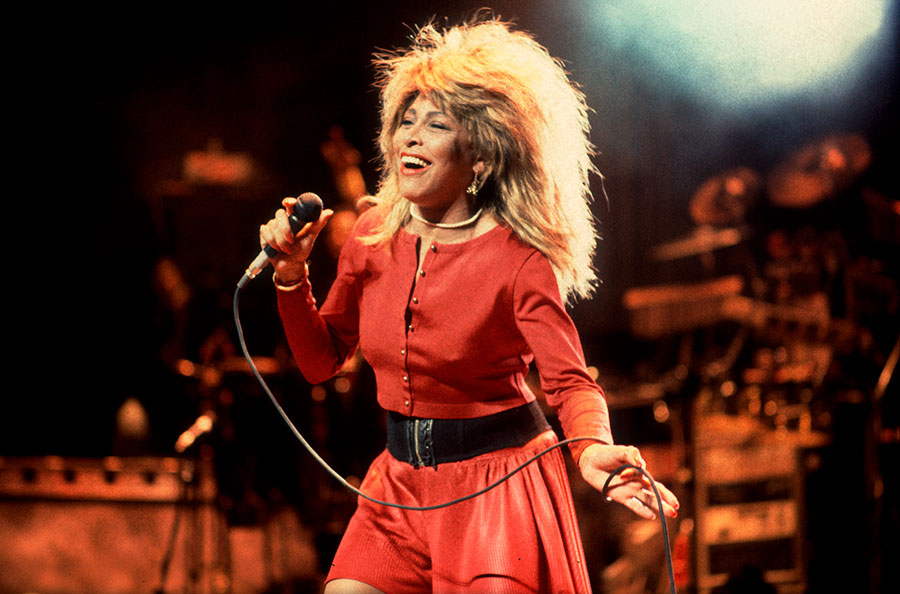 Tina Turner, seen here in concert in 1987, is releasing a remixed version of her 1984 hit “What’s Love Got To Do With It.”. The remix, done with DJ Kygo, is set to drop on Friday. Photo: Photo: Paul Natkin/Getty Images

Tina Turner is temporarily coming out of retirement.

The Queen of Rock and Roll, 80, is releasing a remixed version of her 1984 hit “What’s Love Got To Do With It,” which is set to drop on Friday. DJ Kygo, who produced the track for Turner, broke the news on his social media.

“Can’t believe I’m releasing a collab with @LoveTinaTurner this Friday!” the Norwegian producer wrote. “‘What’s Love Got To Do With It’ is one of my all time favorite songs, and it feels surreal to get the opportunity to work with such a legendary artist! Can’t wait for you all to hear it.”

“What’s Love Got To Do With It,” off of Turner’s 1984 album Private Dancer, surprisingly remains the only song by the Queen of Rock and Roll to top the US charts. And there’s a chance it could happen again. Last year, DJ Kygo’s remix of Whitney Houston’s cover version of “Higher Love” topped the Billboard dance club charts. In the past, DJ Kygo has also worked on remixes of songs by artists from U2 to Coldplay to Ed Sheeran.

“Very excited for this collab. If it sounds anything like his song with Whitney Houston, I’m in! And look how fab Tina Turner looks. She’s 80 years old! Hell yes,” Twitter user Jacob Gardner tweeted. Another fan, using the Twitter handle @blewis823, tweeted, “To today’s entertainers popping off how you’re better than those that came before you hit the scene, top this. None could ever. #TinaTurner”

Turner’s last studio album, Twenty Four Seven, dropped in 1999, and she retired from touring in 2009 following her 50th anniversary tour. She won the last of her eight Grammys, however, in 2010, as part of an ensemble roster of performers who took home Album of the Year honours for the Joni Mitchell tribute album, River: The Joni Letters.

When she turned 80 last November, Turner tweeted a video message to fans noting, “I’m happy to be an 80-year-old woman,” adding that it wasn’t how she pictured 80.

“Well, I look great, I feel good, I’ve gone through some very serious sicknesses that I’m overcoming. So it’s like having a second chance at life.”

And when it comes to how much she values her fans, she told Zoomer in a 2019 cover story that, “My longest love affair has been with my audience.”

Tina Turner at 80: The Life and Legacy of Rock & Roll’s Original Warrior Queen