Tantoo Cardinal, 69, Among Honourees for Inaugural Key to the Consulate Award 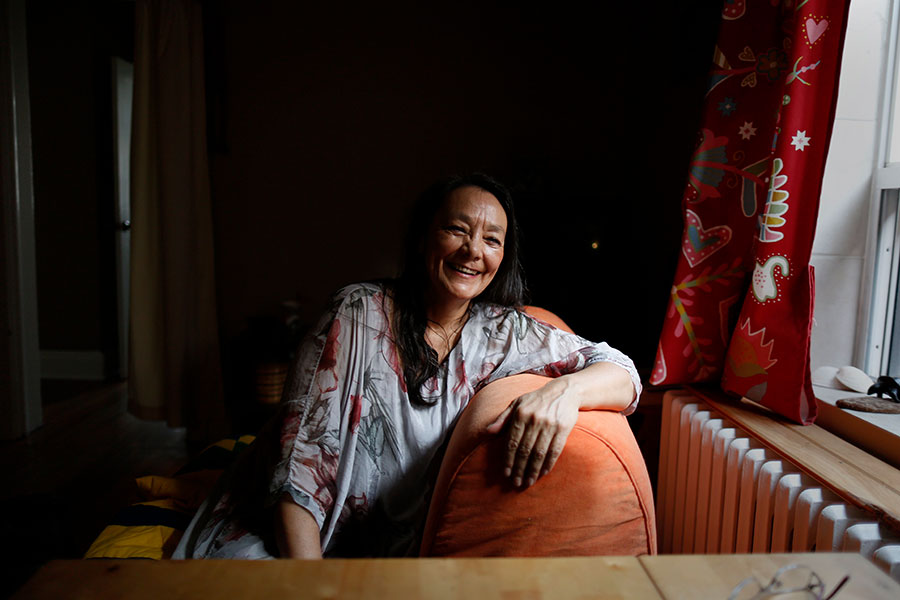 Indigenous Canadian actress Tantoo Cardinal is among the first recipients of the “Key To The Consulate” honour from the Consul General of Canada in Los Angeles. Photo: Marta Iwanek/Toronto Star/Getty Images

The statement adds that, along with the ceremonial key, “comes a pledge that the recipients’ ideas, passions, and concerns will be represented in the policies and programming of the Consulate and Canada’s House, the Official Residence of Canada in Los Angeles — aiming to improve equity and ensure that the Consulate reflects Canada’s diversity. In that sense, the ‘Key’ is designed to genuinely open doors.”

The Key to the Consulate honour originated with the current Consul General of Canada in Los Angeles, Zaib Shaikh. The 46-year-old Canadian actor and writer — who’s appeared in Little Mosque on the Prairie and Murdoch Mysteries as well as the 2012 Deepa Mehta film Midnight’s Children — also previously served as Toronto’s Film Commissioner and Director of Entertainment Industries.

“It’s been of real importance to me to start addressing some of the historical injustices that these walls have represented,” Shaikh noted. “So, we wanted to create a program which would recognize global Canadians working in the creative and cultural worlds who are helping not only build bridges between Canada and Los Angeles, but building bridges for communities and identities most in need of a support in gaining their own platform.”

That program became Key to the Consulate and, he added, “our first recipients are great examples of being not only icons within their own industry but also respected leaders and activists within Canada, here in the US and around the world.”

Cardinal, who turns 70 on July 20, is of Métis descent and has enjoyed a celebrated career including appearing in the Canadian TV drama North of 60 and in major films like Dances With Wolves and Legends of the Fall. In 2017 she received the Academy of Canadian Cinema and Television’s Earle Grey Award (lifetime achievement) and in 2018 enjoyed her first ever starring role in the Canuck film Falls Around Her. In February of this year, Cardinal was named as one of the recipients of the 2020 Governor General’s Performing Arts (GGPAA) Awards for Lifetime Artistic Achievement.

“As artists we have a responsibility to interpret the undercurrents of the waters of humanity,” Cardinal said in a statement about the honour. “We are in the flow of a movement to impact social and systemic change for a healthier society. It is my hope that with this key, we will open the door to voices long silenced, still vibrant in undercurrents of society.”

While discussing her career in a 2018 interview with Zoomer, Cardinal explained that, “The only way that I’ve been able to survive is that there’s been bits of hope all along the way and the absolute confidence and the assurance in my own inner world that our ancestors have not been seen yet by this society, and to know the depth and profundity of the civilization that we come from as Indigenous people.”

Joining Cardinal in the Key to the Consulate honour is 44-year-old Canadian music video producer and director Julien Christian Lutz, who goes by the name Director X. Lutz has directed music videos for artists like Jay-Z, Rhianna, Justin Bieber, Drake, Nelly Furtado and Kendrick Lamar, among others, as well as three films, including the 2018 feature Superfly — a remake of the 1972 blaxploitation film Super Fly. However, after being shot at a New Year’s party he hosted in 2015, Lutz also became a vocal leader against gun violence in Toronto. That includes helping to form the community resource organization Operation Prefrontal Cortex which, among other things, advocates for using meditation to help combat violence and aggression.

“Zaib [Shaikh, the Consul General of Canada in Los Angeles] and I both know there was a time in Canadian history when we wouldn’t be allowed in the building unless we were serving people,” he said in a statement. “And now we up in the building, baby! It says a lot that Canada has changed so much. It says a lot how far we’ve come, and the mission for the LA consulate to really bring inclusion into the building.”

The COVID-19 pandemic delayed the official key presentation ceremony, which will now be rescheduled for a later date.