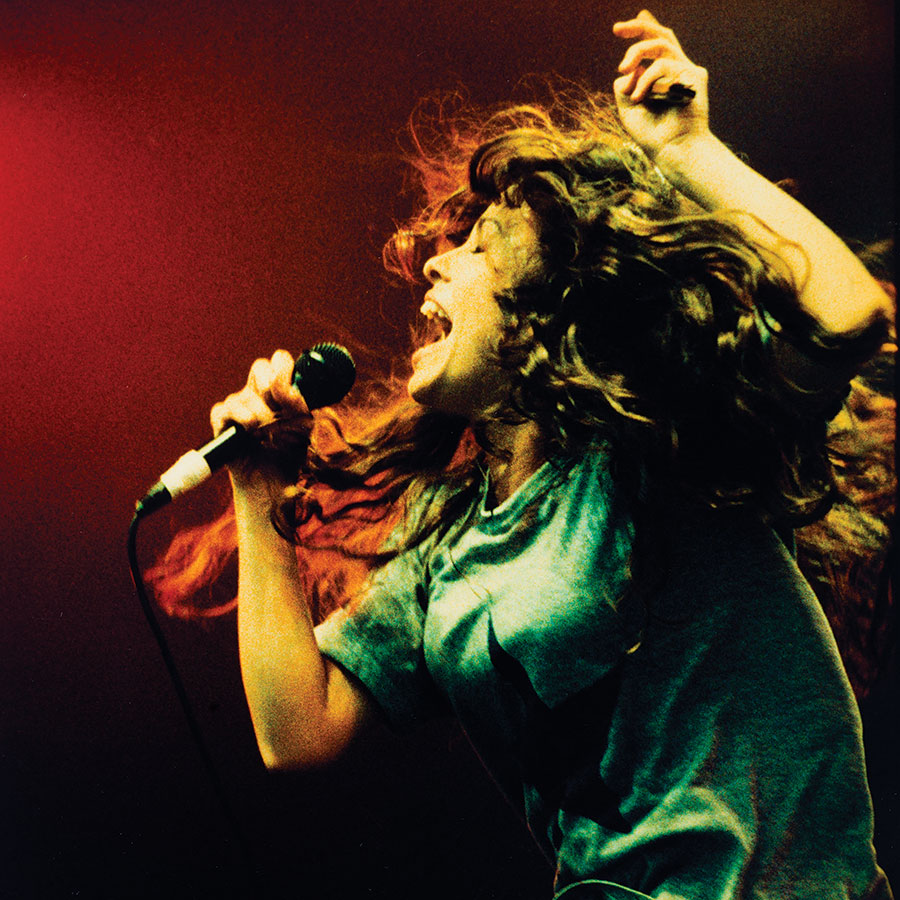 It seems fitting that this year should mark the 25th anniversary of Jagged Little Pill, an album that delivered Alanis Morissette’s unique blend of vulnerability, angst and blistering vocal pulses to the masses while becoming emblematic of a generation of women unafraid to speak their minds. Indeed, one of its most well-known singles, “Ironic,” could easily be the theme song of 2020, a year full of unprecedented twists, turns and endless proverbial rain – more like a deluge – on thousands of wedding days.

When Morissette’s breakthrough album was released in June of 1995, she wasn’t the first bad bitch on the mic or the most angsty, either. The early ’90s were full of edgy frontwomen who would gladly go toe to toe with the men of alt rock – Courtney Love, Shirley Manson and Liz Phair among them. But Morissette, 21 at the time and with a vocal register that ebbed from plaintive to fiery to a little bit of a yodel, resonated with the mainstream music audience. Jagged Little Pill sold 33 million copies, won five Grammys (including album of the year) and became an entrée for blossoming feminists to express their feelings in a different way than allowed by fellow chart toppers, Mariah Carey and Celine Dion.

Cue the album’s debut single, “You Oughta Know,” a ragey breakup anthem written about Dave Coulier – a.k.a. Uncle Joey from Full House (this never ceases to amaze) – with a reference to getting busy in a movie theatre in the first verse. Sure, her heart was broken but, more importantly, she asked what every lovelorn woman really wants to know, “Are you thinking of me when you f**k her?” overtop throbbing bass (Flea and Dave Navarro from the Red Hot Chili Peppers were recruited to play bass and guitar on the track). In the video, she wanders the desert, wearing a black negligee with a long, tangled mop of hair that’s ceremoniously whipped about in grunge fashion.

Before Jagged Little Pill, the Ottawa native was known in Canada for two dance-pop albums and warming up for Vanilla Ice. Morissette had just moved to L.A. after being dropped by her label for wanting to pivot from her past. She was connected to Glen Ballard, a songwriter and producer who had previously worked with the likes of Wilson Phillips, and the two holed up in Encino, Calif., during the summer of 1994 (incredibly, during the infamous O.J. Simpson car chase a few blocks away) to produce an album subsequently picked up by Madonna’s record label, Maverick. Some songs, like “Hand in My Pocket,” were perfected in a few days.

Others, like “Ironic,” reflect a hastiness that has baited critics for decades. “Isn’t It Ironic? Probably Not” was the headline on a 2008 New York Times skewering of the song, which it noted was full of coincidence and bad luck, rather than actual irony. (“Honestly, I thought 10 people would hear that song. I didn’t think the whole planet would be putting it under such scrutiny so I wasn’t really being precious about it,” Morissette told HuffPost in 2014.)

But syntax has meant little to the legacy of Jagged Little Pill, an album that recently made its way to the stage in a musical scripted by Diablo Cody. In the years since her debut, Morissette has been credited with influencing the
careers of Avril Lavigne, Katy Perry and Kelly Clarkson. You can add Beyoncé to that list, too, after she blended “You Oughta Know” into her performance of “If I Were a Boy” at the 2010 Grammys. The connective tissue between these two great artists – a fearless ability to put it all out on the table – speaks to the timelessness of courage. We need it now more than ever.

A version of this article appeared in the 2020 July/August issue with the headline, “25 Years and We’re Still Jagged,” p. 29.

Gordon Lightfoot on Life, Love and the Inspiration Behind His Latest Album “Solo”