Alex Trebek Says His Treatment Is “Paying Off” in Latest ‘Jeopardy!’ Update 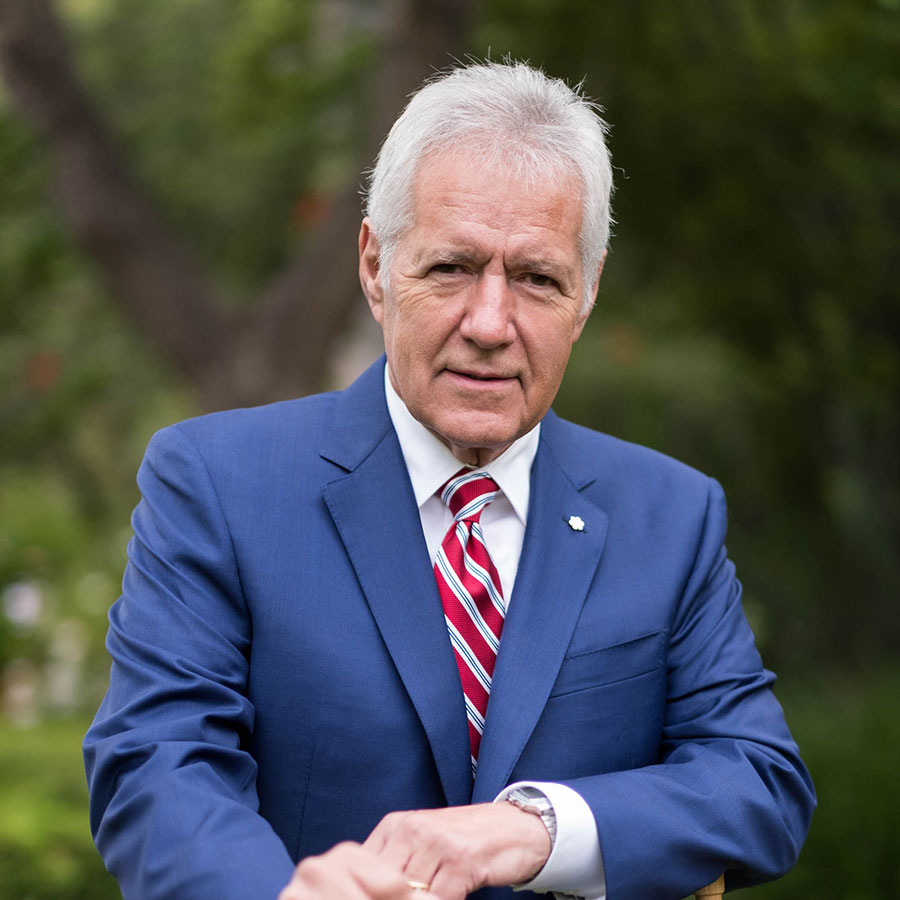 Alex Trebek posted a video update to social media and the Jeopardy! website Thursday, his first update since celebrating his one year survival of pancreatic cancer in May. Photo: Emma McIntyre/Getty Images

Alex Trebek says his treatment is “paying off” in his most recent health update.

The 79-year-old game show host posted a video update to social media and the Jeopardy! website Thursday, his first update since celebrating one-year survival of pancreatic cancer in May.

“I’m doing well,” Trebek says in the video. “I’ve been continuing my treatment and it is paying off, though it does fatigue me a great deal. My numbers are good. I’m feeling great.”

Since his diagnosis in May of 2019, Trebek has been candid about the ups and downs of his treatment. In the update announcing he had beaten the one-year survival rate for Stage 4 pancreatic cancer patients — which is 18 per cent — the host said that he’s had to push through “sudden massive attacks of great depression” but tries to “take it just one day at a time, with a positive attitude.”

Like most television shows, Jeopardy! has been on hiatus since the pandemic began, but Trebek gave fans some good news on that front as well. Like much of the world’s labour force, he’ll be working from home as he tapes intros for vintage episodes of the show airing in July.

“For the first time ever, we are going to open the ‘Jeopardy!‘ vaults and take another look at some of our favourite episodes, including the very first ‘Jeopardy!’ show I ever hosted, moustache and all,” he said.

According to the show’s website, producers sorted through 8,000 episodes to select 20 shows that “highlight key moments, contestants and gameplay over the course of 36 seasons, many of which have not been aired since their original broadcast.”

Trebek isn’t bringing back the moustache but, like many men working from home, the game show host was sporting a new look — forgoing a predictable isolation beard for a neatly trimmed goatee.

“As many of you know, whenever there’s a break in the Jeopardy! tape schedule, I often take the opportunity to grow a little facial hair,” Trebek says at the start of his update.

But that’s not all he’s been up to. His book, The Answer Is … : Reflections on My Life, which he mentions briefly in his update, is set for release on July 21, a day before his 80th Birthday.

“I want people to know a little more about the person they have been cheering on for the past year,” the Jeopardy! host writes in his memoir.

Starting just a day before the book’s release, fans will be able to watch a week of selected episodes from the show’s first decade. The following week will show highlights from “Celebrity Jeopardy!” featuring stars like Carol Burnett, Regis Philbin and Martha Stewart.

And while revisiting classic episodes of Jeopardy! sounds fun for a time, like his fans, Trebek’s hoping for a return to the lectern for the upcoming season.

“I can’t wait to return to the studio and start recording shows for the new season in September,” Trebek says. “Meanwhile, my wish for all of you — stay safe.”