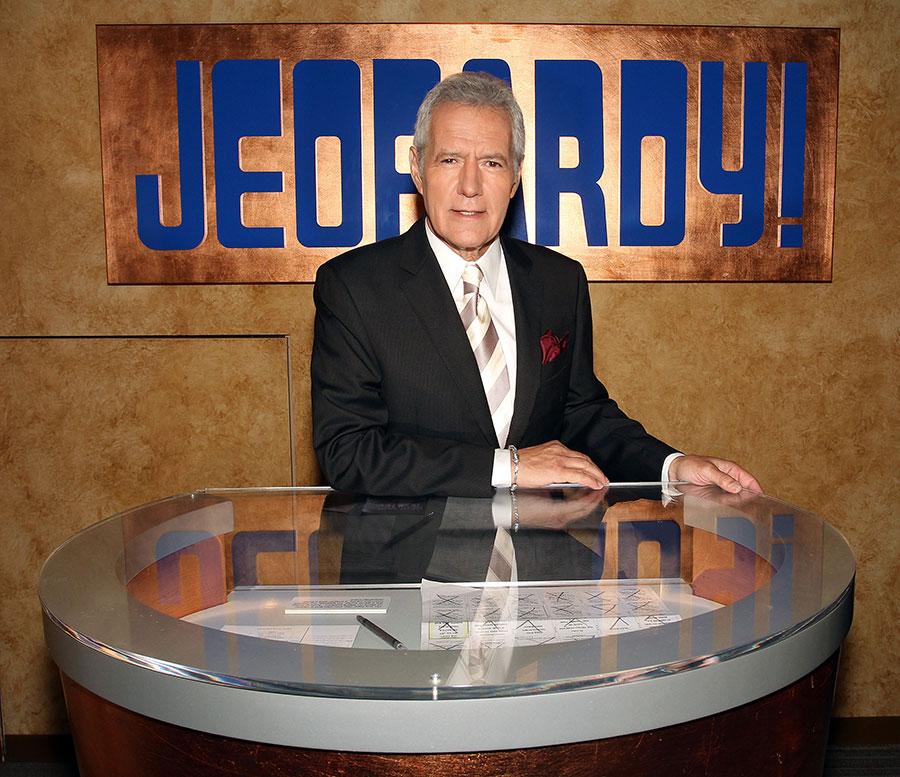 In his first memoir, Alex Trebek gives fans an in depth look at his life and career and answers some of their most burning questions. Photo: Frederick M. Brown/Getty Images

Jeopardy! host Alex Trebek is giving fans an in-depth look at the man behind the lectern in his first memoir, The Answer Is … : Reflections on My Life,  which was released on Tuesday, a day before his 80th birthday.

According to the book’s publisher Simon & Schuster, Trebek, who had “resisted countless appeals to write a book about his life” over the years, was inspired to share his story by all the support he received throughout his battle with stage 4 pancreatic cancer, which he first revealed in an online video last March.

“I want people to know a little more about the person they have been cheering on for the past year,” the Jeopardy! host writes in his memoir, according to the publisher.

In the book, Trebek provides personal anecdotes and insights on a variety of topics, including marriage, parenthood, education, success, spirituality and philanthropy.

And for those longtime fans of the game show, Trebek will answer popular questions he has received from couch contestants over the years, including what prompted him to shave his signature moustache, what he thinks of champion players like Ken Jennings and James Holzhauer and what he makes of Will Ferrell’s impersonation of him on Saturday Night Live.

In an homage to his career as Jeopardy! host, which began in 1984, Trebek follows the strict rule imposed on his contestants, naming each chapter in the form of a question.

The book also includes dozens of never-before-seen photos of the TV host over the years.

Since his diagnosis, Trebek has been candid about the ups and downs of his treatment. In an online video update back in May announcing he had beaten the one-year survival rate for stage 4 pancreatic cancer patients, which is 18 per cent, he stressed the importance of the support around him.

“There were moments of great pain, days when certain bodily functions no longer functioned, and sudden massive attacks of great depression that made me wonder if it really was worth fighting on,” he said in the video, which you can watch below.

But he said he pushed those thoughts aside quickly as they would have been “a massive betrayal” of his wife, Jean, his faith in God, the fans who have prayed on his behalf and the other cancer patients who have looked to him as an inspiration and “cheerleader of sorts.”

In his most recent update last week, the game show host said his treatment was “paying off” and he was doing well. However, in the new memoir, Trebek says if his current round of treatment fails, he’ll probably stop pursuing medical intervention.

“I’m about to turn 80. I’ve lived a good, full life, and I’m nearing the end of it. I know that,” the longtime ‘Jeopardy!’ host writes. “I’m going to stick with this current protocol, then that’s it. If it doesn’t work I’ll probably stop treatment.”

The seven-time Emmy Award winner says he and his wife, Jean Currivan, and their two children had “a good cry” when he told them, but explains he’s “not afraid of dying.”

“It wasn’t an easy conversation, and it isn’t any easier writing these words,” he writes. “Quality of life was an important consideration.”

Still, his most recent update seems to indicate he’s in good health and still working.

With the show on hiatus, Jeopardy! is currently airing vintage episodes, each with a special intro from Trebek — recorded from home of course.

“I can’t wait to return to the studio and start recording shows for the new season in September,” Trebek said in his recent Jeopardy! update. “Meanwhile, my wish for all of you — stay safe.”