Olivia de Havilland Dies at 104: 7 Things You May Not Know About the Legendary Actress 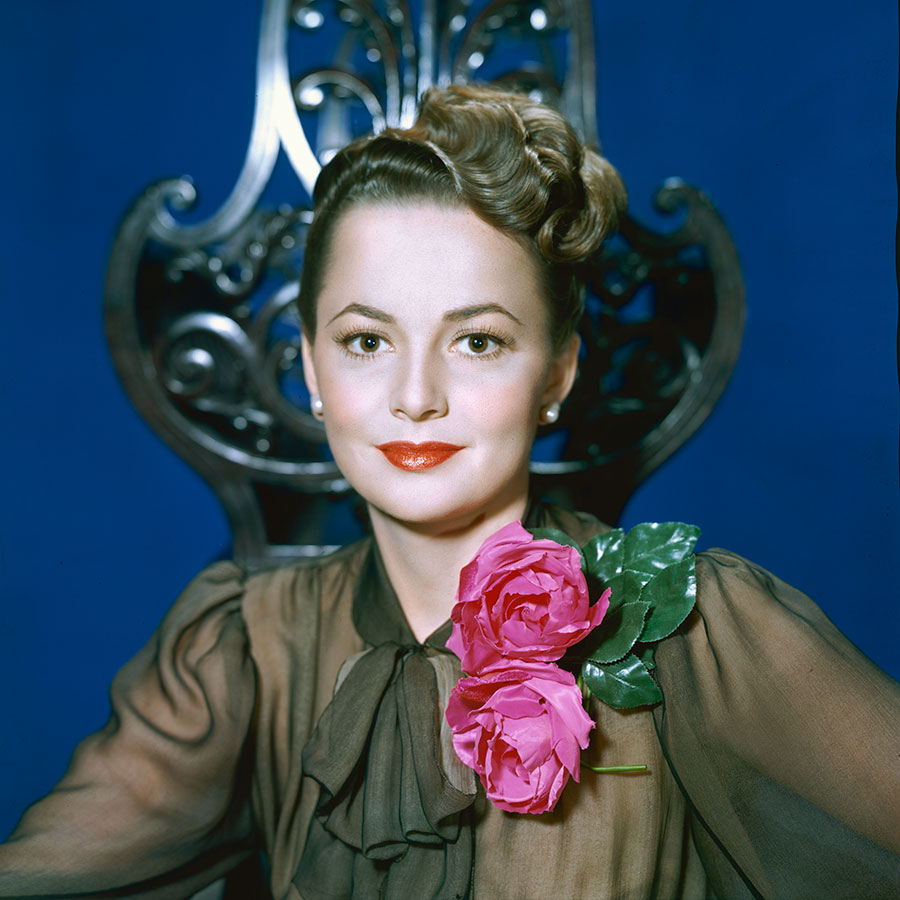 Olivia de Havilland, one of the last film stars from the Golden Age of Hollywood, and the only living cast member from Gone With the Wind, died Saturday in her sleep at her home in Paris, France, just weeks after celebrating her 104th birthday.

In fact, ahead of her 104th birthday milestone on July 1 of this year, the two-time Best Actress Oscar winner was photographed riding a bike — an image that made the rounds on social media and caught the eye of famous admirers like Mia Farrow.

So, in honour of de Havilland’s storied life and career, we’re looking back on seven fascinating facts about the actress.

1. Olivia Mary de Havilland was born in Tokyo, Japan on July 1, 1916 to British parents. Her sister, Joan, arrived the following year (1917-2013). The sisters had a lifelong feud that allegedly began over competition for their mothers’ affections. Joan later changed her last name from de Havilland to Fontaine (which she took from her stepfather) to distance herself from her sister.

After decades of speculation, de Havilland finally admitted, at the age of 92, that she and Flynn had shared an emotional love affair — but one she insists was never consummated. Flynn, who was married at the time he first met de Havilland, later admitted in his autobiography (My Wicked, Wicked Ways, 1959) that he’d fallen in love with his frequent costar. Flynn died of a heart attack at the age of 50 in 1959.

3. The five-time Oscar nominee lost out on an Academy Award to her sister, Joan Fontaine, in 1941. Both had been up for Best Actress, which Fontaine ultimately took home for her role in Suspicion. De Havilland, who received a nod that year for her role in Hold Back the Dawn, was less than impressed at losing to her estranged sibling.

As de Havilland once told a reporter: “My sister was born a lion, and I was born a tiger, and in the laws of the jungle, they were never friends.”

4. However, the sisters remain the only siblings in the history of the Academy Awards to each win Oscars in a major leading category. De Havilland eventually won two Oscars for To Each His Own (1946) and The Heiress (1949).

5. In 1943, de Havilland battled Warner Brothers in court over her contract with the film company. This marked the beginning of the end of the studio system as the California Supreme Court ruled in favour of de Havilland who claimed Warner Bros. was forcing her to stay beyond her seven-year agreement. As of 1945, the “de Havilland rule” was put into place by all major Hollywood studios, effectively stating that companies could not sign actors to contracts that extended beyond a maximum of seven calendar years.

More than 70 years later, in 2017 at age 101, the actress found herself back in court when she sued Feud creator Ryan Murphy and FX for, according to a statement,”the unconsented and false portrayal of her in the series Feud: Bette and Joan.” Season one of the miniseries focussed on the famed feud between Bette Davis and Joan Crawford, and Catherine Zeta-Jones played de Havilland. The case went all the way to the Supreme Court, with the actress noting in the same statement that, “We must persevere and speak truth to power. The fight is itself important to the principle of honesty, so much in need today in the face of deliberate public confusion for selfish agendas.”

6. During the Second World War, de Havilland toured military hospitals and did some radio work to entertain the troops. 7. In 1962, she published a book on French culture and tradition called Every Frenchman Has One. She currently lives in Paris.