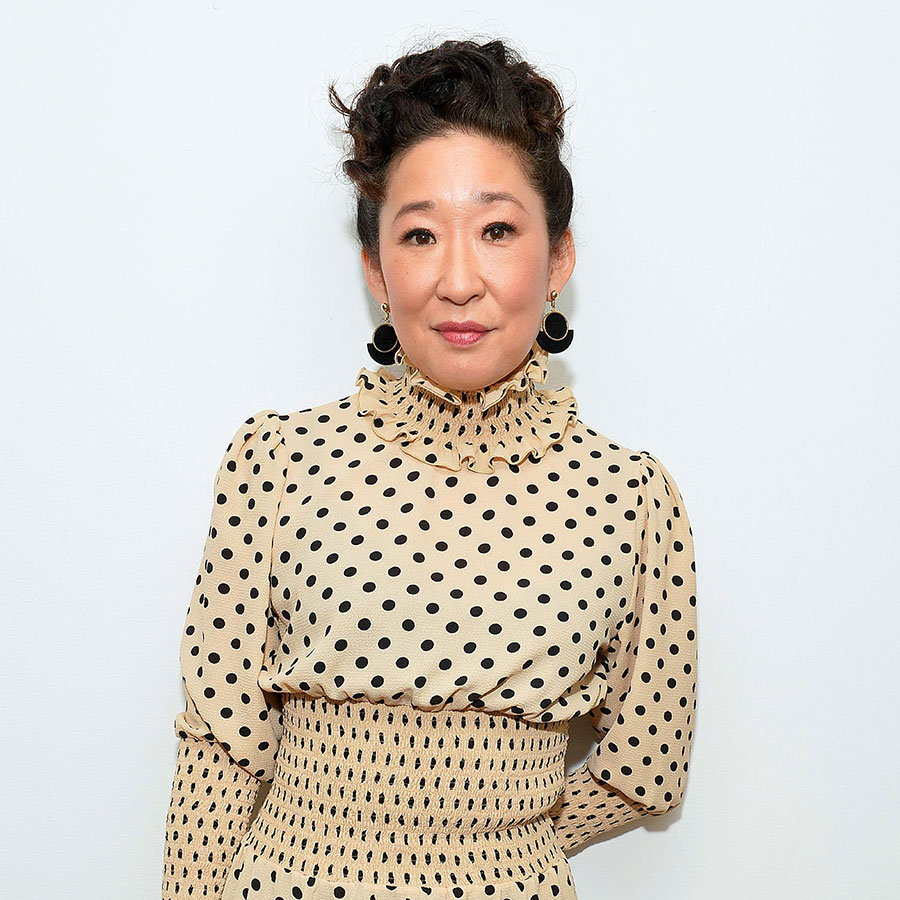 Canadian stars Sandra Oh, Martin Short and Schitt’s Creek‘s Catherine O’Hara and Eugene Levy are among the nominees for the 2020 Emmy Awards, announced today during a live stream on the award show’s website.

Oh, 49, landed a nomination for Outstanding Lead Actress in a Drama Series for Killing Eve in a heavy-hitting category that sees her pitted against Olivia Colman, 46, for her portrayal of Queen Elizabeth II on season 3 of The Crown (for which she won a Golden Globe earlier this year); Jennifer Aniston, 51 (The Morning Show); Laura Linney, 56 (Ozark); as well as Killing Eve co-star Jodie Comer and Euphoria’s Zendaya.

O’Hara, 66, is nominated for Outstanding Lead Actress in a Comedy Series, along with the likes of Dead to Me co-stars Christina Applegate, 48, and Linda Cardellini, 45; Tracee Ellis Ross, 47 (Black-ish); as well as Rachel Brosnahan (The Marvelous Mrs. Maisel) and Issa Rae (Insecure).

Short, 70, picked up a nomination for Outstanding Guest Actor in a Drama Series for his appearance on The Morning Show in a category that includes James Cromwell, 80 (Succession); Ron Cephas Jones, 63 (This Is Us); Giancarlo Esposito, 62 (The Mandalorian); Jason Bateman, 51 (The Outsider); and Black Mirror’s Andrew Scott.

In addition, Toronto-born actor Stephan James, 26, earned a nomination for Outstanding Actor in a Short Form Comedy or Drama Series for #FreeRayshawn.

As well, the third season of The Handmaid’s Tale — the miniseries based on Margaret Atwood’s dystopian novel — landed 10 nominations.

In total, the HBO series Watchmen led all shows with 26 nominations, followed by The Marvelous Mrs. Maisel (20), Succession and Ozark (18 each) and Schitt’s Creek (which is also up for Outstanding Comedy Series) and The Mandalorian (15 each). The Crown picked up 10 nominations, including for Outstanding Drama Series and Outstanding Supporting Actress in a Drama Series for Helena Bonham Carter, 54, as Princess Margaret and the previously mentioned nomination for Colman.

Overall, Tyson, with this nomination, becomes the third-oldest Emmy nominee ever. Legendary television producer Norman Lear is the oldest Emmy winner and nominee, achieving the feat last year, at age 97, as a producer for the television special Live in Front of a Studio Audience: Norman Lear’s All in the Family and The Jeffersons.

And while the Emmys award efforts on the small screen, a number of big screen stars landed nominations for television work this year. That includes:

Cate Blanchett’s and Octavia Spencer’s nominations are the first of their careers, while other first-time nominees this year include:

As well, this year’s nominations are the first for Schitt’s Creek’s Annie Murphy and #FreeRayshawn’s Stephan James.