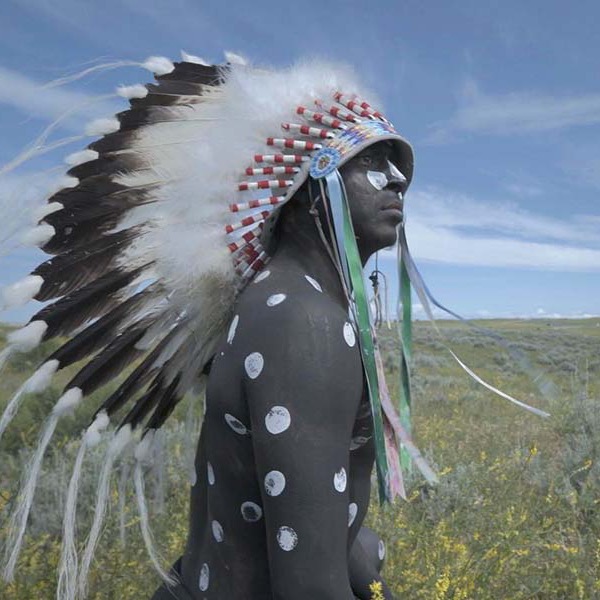 “The names you already know are doing brand new things this year, and there’s a whole crop of exciting new names to discover. We’re thankful to every filmmaker and company that joined us on this adventure, and we can’t wait to share these brilliant films with our audiences.”

In a statement, the festival’s intention is said to highlight, “the strong representation of women, Black people, Indigenous people, and people of colour among TIFF’s selection” — a slate that “reflects the organization’s continuing commitment to normalizing gender parity and racial equality for future generations.”

That includes the Canadian film Inconvenient Indian, director Michelle Latimer’s adaptation of Thomas King’s celebrated 2013 book, which, TIFF notes, delves into “the cultural colonization of Indigenous peoples in North America”; Beans, from director Tracey Deer, another Canuck film based on the 1990 Quebec standoff between Mohawk communities and the government; No Ordinary Man, a Canadian documentary about famed American jazz musician Billy Tipton, who was only revealed as trans after his death; Summer of 85, a French film about a love affair between two young men in 1980s Normandy; and One Night In Miami, the directorial debut from actress Regina King that’s based on the play by Kemp Powers about a fictionalized meeting between Malcolm X, Muhammad Ali, Sam Cooke and Jim Brown in 1964.

King, 49, isn’t the only Hollywood heavyweight making her directorial debut at TIFF. Viggo Mortensen, 61, takes his first stab at directing in the Canadian/U.K. co-production Falling in which he plays a gay man tasked with serving as a caregiver for his conservative father. And Halle Berry, 53, finds herself behind the camera for the first time in Bruised in which she also stars as an aging MMA fighter who comes out of retirement.

Meanwhile, famed filmmaker Frederick Wiseman, 90, delves into everything from climate change to racial justice in Boston for his documentary City Hall, while 77-year-old Werner Herzog co-directs Fireball: Visitors from Darker Worlds, an exploration of meteors that have fallen to Earth.

“TIFF 2020 is a special edition and symbolizes what is possible when collaboration, ingenuity, and passion take centre stage,” Joana Vicente, Executive Director and Co-Head of TIFF, said about this year’s TIFF offerings. “It’s also a time for us to celebrate and affirm some of the founding values of TIFF, including the power film has to propel us forward as a society and present a diversity of voices.”

With a reduced feature film slate of 50 selections this year, read on for the TIFF 2020 movies that we’re already excited about. TIFF Synopsis: “Kate Winslet and Saoirse Ronan star in this raw love story between a solitary palaeontologist and a wealthy, grieving wife in 19th-century Dorset.”

Another Round (Special Presentations) TIFF Synopsis: “Director Thomas Vinterberg and actor Mads Mikkelsen reunite for Another Round, a sobering comedy about aging, alcoholism, and friendship between men.” TIFF Synopsis: “While spending the summer in North Philadelphia, a troubled teen is caught between a life of crime and his estranged father’s vibrant urban-cowboy subculture.” TIFF Synopsis: “In his feature directorial debut, Viggo Mortensen stars as a gay man on a patience-testing mission to care for his ailing, solitary, and conservative father (Lance Henriksen).” TIFF Synopsis: “Werner Herzog and Clive Oppenheimer (Into the Inferno) undertake a globe-trotting exploration of meteors that fell to Earth, both ancient and recent.” TIFF Synopsis: “The latest from the Nasser brothers (Dégradé) is a satire on love and desire, and an affirmation that life continues amidst the absurdity of living.”

Get The Hell Out (Midnight Madness) TIFF Synopsis: “The Oscar-winning writers of Brokeback Mountain tell the true story of a father’s walk across the US to raise awareness about the harms of bullying.”


I Care A Lot (Gala Presentations) TIFF Synopsis: “The legacy of Billy Tipton, a 20th-century American jazz musician and trans icon, is brought to life by a diverse group of contemporary trans artists.” TIFF Synopsis: “Frances McDormand explores the vast landscape of the American West, in Chloé Zhao’s wise and intimate portrayal of life as a modern-day nomad.”

One Night in Miami (Gala Presentations) TIFF Synopsis: “In Lili Horvát’s second feature, a brilliant neurosurgeon returns to Budapest to reunite with the love of her life: a man who says they’ve never met.” TIFF Synopsis: “This gorgeous 1980s period piece from François Ozon looks at the fateful friendship and love affair between two teenage boys on the Normandy coast.” TIFF Synopsis: “Ephraim Asili’s debut weaves together the histories of the MOVE Organization, the Black Arts Movement, and Asili’s time in a Black Marxist collective.” TIFF Synopsis: “The sequel to The Corporation exposes how companies are desperately rebranding as socially responsible — and how that threatens democratic freedoms.” TIFF Synopsis: “Based on Eden Robinson’s bestselling novels, this series follows an Indigenous teen struggling to support his dysfunctional family as myth, magic, and monsters slowly infiltrate his life.”