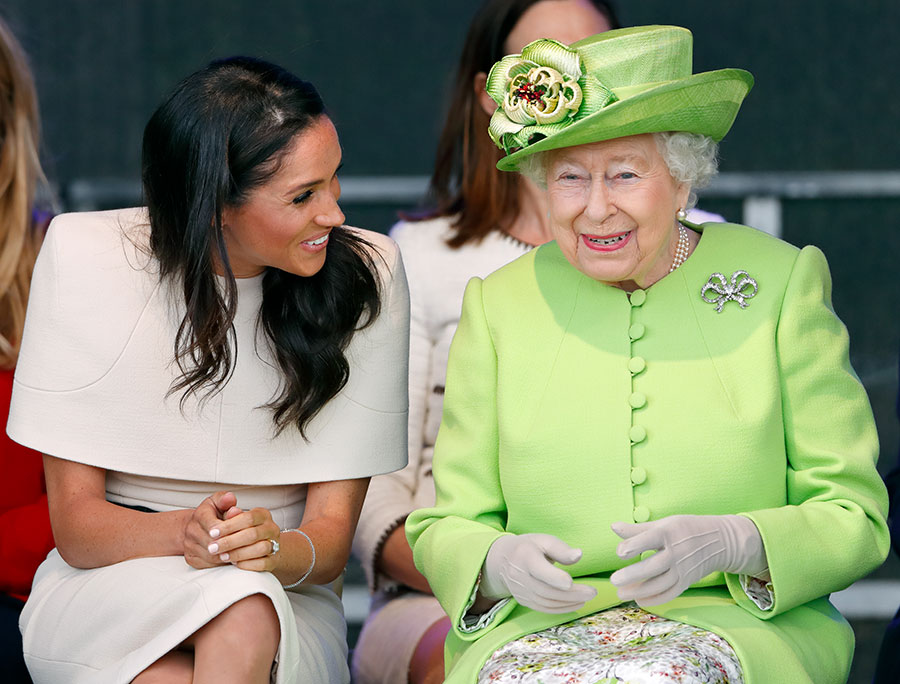 As Meghan Markle celebrates her 39th birthday, we take a look back at some of our favourite moments from before her and Prince Harry's royal exit. Photo: Max Mumby/Indigo/Getty Images

In keeping with these pandemic times, it is reported that Meghan Markle will stay at her Los Angeles home to celebrate her 39th birthday this week (Aug. 4). She’ll be with husband Prince Harry and baby Archie, 1, and quite possibly there will be a visit from her mother, Doria Ragland, 63, if, in fact, she has not moved in with the family as also has been reported. Of course, there is more than enough room in the mansion, on loan from Hollywood mogul Tyler Perry of the Madea movies fame, where the Sussexes have resided since their dramatic move from British Columbia to Meghan’s hometown in March just ahead of the border being closed.

While the celebration may be quiet or at least very private, the news around the Duke and Duchess of Sussex has been anything but. After announcing their decision to step back from their lives as senior working royals in January and their subsequent move to the U.S., followed by Meghan’s ongoing copyright infringement and privacy-invasion lawsuit against British tabloid publications The Mail on Sunday and the MailOnline, the couple continues to make headlines. And fresh controversy around the Sussexes was sparked this month with the release of two new “tell-all” books about the royal pair. One in particular, Finding Freedom: Harry and Meghan and the Making of a Modern Royal Family is widely assumed to be penned with the blessing of the couple, just a step down from Diana’s secret co-operation with Andrew Morton for Diana: Her True Story – In Her Own Words. Serialized prior to publication, excerpts from the book are already meeting with pushback from the Royal Family, as wounds not completely healed from the Megxit fallout are reopened.

But let’s not forget families are complicated and, despite the leaked recriminations, history and blood still bind. And let’s not forget that in their exit deal, the Queen gave the couple a way back, with their “retirement” to be reviewed in a year, meaning by March 31, 2021. In that deal, she also announced that the couple remains “much loved members of her family” and made a point of celebrating the Duchess, stating that she “was proud of how quickly Meghan became a member of her family.” So it is fitting that we should leave the skirmishes and schisms behind for the moment. Let us return to happier and more peaceful times for the Royal Family, when the blossoming romance and much-anticipated nuptials of the Queen’s universally beloved grandson, Harry, and the thoroughly admired Meghan captured the world’s attention, which signalled a modern and representative British Monarchy. Here, we look back at some of our favourite moments of Her Majesty with Meghan, the Duchess of Sussex.

After months of anticipation, the nuptials of Meghan and Prince Harry blended tradition with a touch of modernity, including subtle tributes to Harry’s mother, Diana, Princess of Wales, and nods to Meghan’s African-American heritage. In this wedding portrait taken in the Green Drawing Room of Windsor Castle, Her Majesty, dressed in her signature bright colours (this time a lemon and lime silk outfit by Stuart Parvin), looks very much the proud matriarch surrounded by her royal brood.

The newly named Duchess of Sussex, made her Trooping the Colour debut on June 9, 2018, as members of the Royal Family gathered on the balcony of Buckingham Palace for the annual family portrait to honour Queen Elizabeth’s birthday.

The Duchess of Sussex and Queen Elizabeth could not look more delighted with one another during a ceremony to open the new Mersey Gateway Bridge in Cheshire, England, on June 14, 2018. The occasion, which took place just one month after Meghan and Harry’s wedding, was the Duchess’s first official solo engagement with the Queen.

In yet another debut, the Duchess, wearing a white dress by Givenchy topped with a fetching Philip Treacy hat, shares a moment with Queen Elizabeth at Ascot Racecourse on June 19, 2018

Prince Harry and Meghan, stunning in a pale pink Prada dress, had a front-row seat beside the Queen to watch the award presentation at Buckingham Palace on June 26, 2018. The event celebrates the achievements of young people who are making a positive impact in the communities around the Commonwealth. (Incidentally, that year, three young Canadians were proud recipients of the award.) And in keeping with the spirit of maintaining family ties despite recent rifts between Meghan and Harry and other senior members of the Firm, the Royal Family has sent Meghan warm birthday wishes today via their various official Instagram accounts. Watch below for the final Royal Appearance of the Duke and Duchess of Sussex on behalf of the Queen for Commonwealth Day.

Obsessive Book Buyers: Zoomer editors have carefully curated our book coverage to ensure you find the perfect read. We may earn a commission on books you buy through our links.