Antonio Banderas Turns 60: Talking Aging and the Heart Attack That Changed His Life 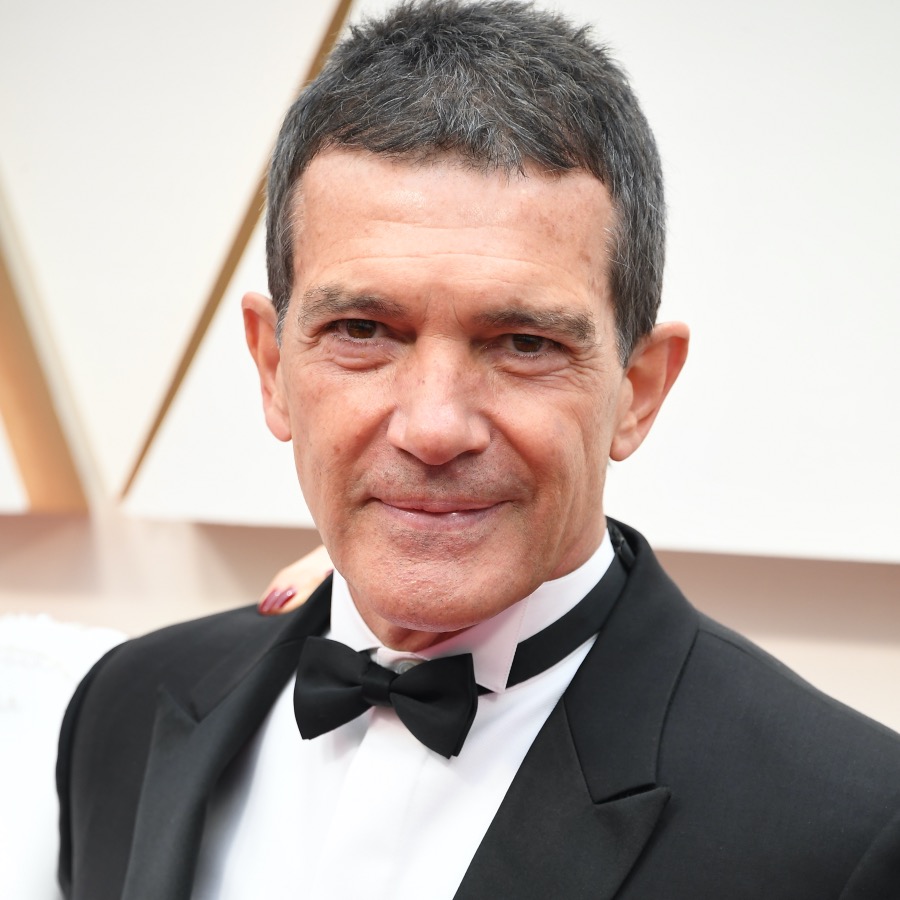 As Antonio Banderas turns 60, we're revisiting our 2019 interview with the actor in which he discussed aging and the heart attack that changed his life. Photo: Steve Granitz/WireImage via Getty Images

It’s not exactly the 60th birthday surprise Antonio Banderas was anticipating. The actor, who marks the milestone today, used the occasion to announce on Twitter that he’s been diagnosed with COVID-19.

Banderas tweeted: “I would like to add that I am relatively OK, just a little more tired than usual and confident that I will recover as soon as possible following the medical indications, which I hope will allow me to overcome the infection that is affecting people around the planet. I will take advantage of this isolation to read, write and rest, and continue making plans to begin to give meaning to my newly released 60 years, to which I arrive loaded with desire and illusion. Big hugs to everyone.”

Almost exactly a year ago, Banderas sat in a downtown Toronto hotel room, preparing to screen his latest film, Pain and Glory — a semi-autobiographical story about the film’s real-life director, celebrated Spanish auteur Pedro Almodóvar, as an aging and ailing film director attempting to reconcile with his past while struggling to find creative inspiration moving forward — at the 2019 Toronto International Film Festival. The film ultimately landed him the Best Actor award at that year’s Cannes Film Festival and a Best Actor nomination at the 2020 Academy Awards.

But the role ensured that the actor had thoughts about aging and reinvention on his mind, noting, “I put a lot of effort when [Almodóvar] called me to do this movie and just cleaned myself from old patterns … I said, ‘Okay, let’s start from zero. I’m going to try and find myself in a different body in a different look in a different Banderas.’ And recognizing many things, that actually I am grown up, that I am now a year from being 60 and that you shouldn’t be afraid of showing that to audiences and to yourself.”

So today, as Banderas turns 60 while fighting off COVID-19, we revisit our interview with the actor as he discusses aging, acting and the heart attack that changed his perspective on life.

MIKE CRISOLAGO: You had a heart attack in 2017, and that was followed by having surgery to put stents into your arteries. How did that change your perspective on life?

ANTONIO BANDERAS: When that happened, at least to me, what happened is that it’s just “pop pop” — the things that I consider really important came up to the surface immediately, and everything that I thought was important was not. It disappeared … My vocation as an actor to tell stories to other people, my daughter and my family and my friends and, basically, that’s pretty much the order of priorities. So if I’m going to try to work less and work better, yes. I would love to do that. I also put attention to another side of my career that I had abandoned, which is theatre. And so I bought a theatre three years ago … And so things like that — I want to just do more theatre and enjoy acting on the stage and do movies that are very precise and very specific for me that it means something to me.

MC: Helen Mirren told Zoomer that the roles she got offered in the second part of her career were much better because people weren’t focused on her looks. Do you find that for yourself?

AB: Could be. Sometimes the characters that are offered to you are determined by your look. And I had a very athletic youth and so romantic heroes — they all came to me. So 13th Warrior, Desperado, Zorro — all of those came to me, swashbucklers and stuff like that. And it was fun to a certain point, and then you say, “No, I want something a little bit deeper than this that I can just dig.” So I understand that comment by Helen Mirren. It could happen. I don’t know. I’m not in a hurry for anything. I can wait. I have time. I don’t need to be [rushing] with my tongue out just looking for a character. And overall, I am not anxious to anything. I don’t expect anything except the life that I have and the things that I am receiving — all beautiful and very welcome.

MC: What did it mean to you to win Best Actor at Cannes for your role in Pain and Glory?

AB: It was beautiful. I wasn’t expecting it, really. The night that I went to pick up the award at the Palais … I got to the top of the stairs and I think that [Thierry Fremaux, the director of the Cannes Film Festival] thought that I went to Spain or to London to my house, and he said to me, “So how long did it take you to get back here?” I said, “Forty years. It took me 40 years, man.”

MC: What advice can you offer for staying fit and healthy and active as you age?

AB: Well, to follow all the prescriptions the doctors give and the advice they give. I was a smoker, and it was gone like this [snaps fingers]. Cold turkey, stop. That’s rule No. 1. Then, exercise for me is very important. Don’t be in situations of stress — that’s very important. That’s more complicated for me. I live in situations of stress practically all the time. Take your Aspirin every morning, so as to have your blood a little bit more liquid. If you follow all of those things, you do every six months your stress test, you’re going to be fine. But you have to do it. And drinking — not too much. If you drink a little bit of red wine a day, fine. But that’s it.

Aging: The Good, the Bad and the Hollywood Version