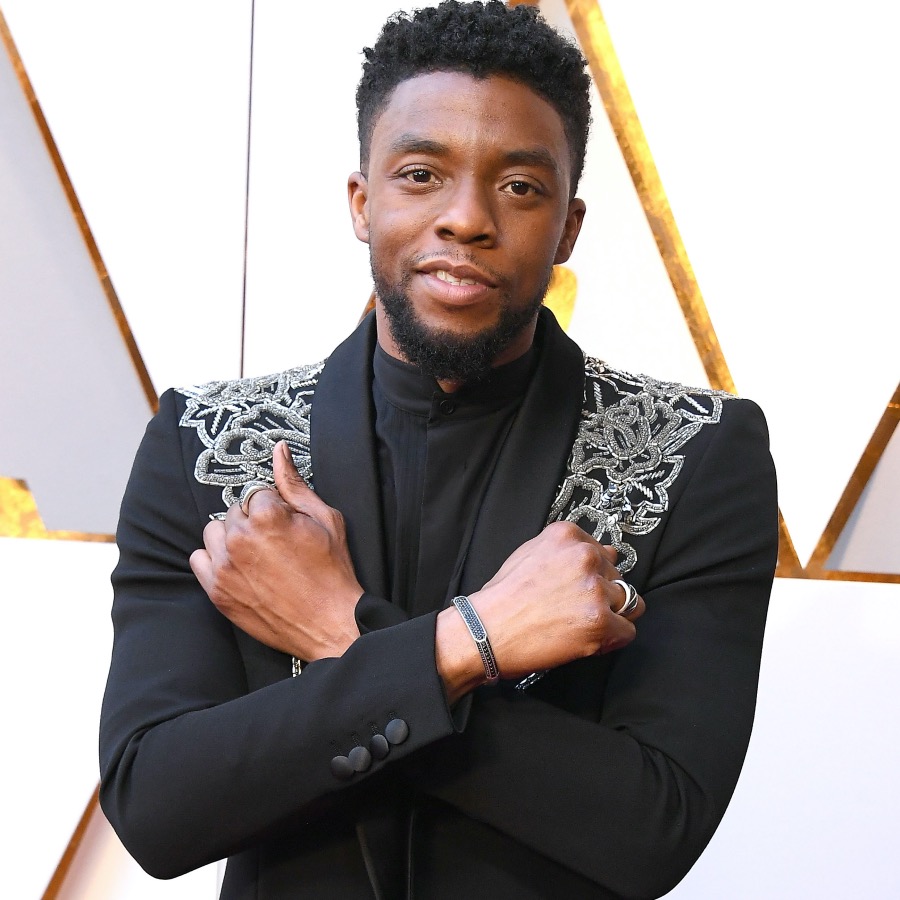 Chadwick Boseman, the actor who portrayed Jackie Robinson, Thurgood Marshall, James Brown and, most famously, the superhero Black Panther, on the big screen died Friday following a four-year battle with colon cancer. He was 43.

His death was confirmed by a tweet from his official Twitter account, which noted he’d been diagnosed with stage III colon cancer in 2016 and that it had progressed to stage IV since. That means he filmed many of his highest-profile movies, including 2018’s Black Panther and two Avengers films, as well as upcoming releases like Spike Lee’s Da 5 Bloods and Ma Rainey’s Black Bottom while battling the disease. His cancer battle never became public until after his passing.

Boseman portrayed Jackie Robinson, who broke baseball’s colour barrier, in the 2013 film 42, James Brown in the 2014 biopic Get On Up and Thurgood Marshall, the first African-American Supreme Court justice, in the 2017 film Marshall.

Following news of Boseman’s passing, some on social media pointed out the fact that he died on both baseball’s Jackie Robinson Day and the birthday of Black Panther co-creator Jack Kirby. He also died on the 57th anniversary of Martin Luther King Jr.’s iconic “I Have a Dream” speech during the March on Washington, which was marked today by another Washington march to protest for police reform and promote voter turnout.

The Black Panther character itself was born of the Civil Rights era in America and elevated during the age of Black Lives Matter — a 50-year journey that Zoomer explored upon the film’s release. Meanwhile, the film Black Panther is the first Marvel superhero film to feature a majority African-American cast, the first superhero film to receive an Oscar nomination for Best Picture and the first Marvel film to win an Oscar. And Boseman, in portraying the titular role, found himself at the centre of a seismic cultural movement toward increased diversity and representation in Hollywood while serving as a big screen hero to countless fans.

“Chadwick really suffered through all of that for *us.* Think of all the stories he helped tell. All the people he helped find hope. All the Black children for whom he could be a powerful reflection?” activist and podcast host Brittany Packnett Cunningham tweeted Friday night. “Despite his own terminal pain. I am astonished by the weight of that sacrifice.”

Another Twitter user, who goes by the handle @renaissanceeast, added that, “Chadwick and Black Panther mean so much to Black kids today, but let me tell you. When my then 70 y.o. father realized that his grandson’s favorite superhero was Black, something in that man healed. And he can’t have been the only one of his generation to experience that.”

That, combined with the fact that Boseman portrayed real-life Black icons like Robinson, Brown and Marshall on screen, and the ongoing anti-racism protests across America — heightened again in the wake of the recent police shooting of an unarmed Black man named Jacob Blake — seemed to heighten the emotion surrounding news of his passing.

Screen legend Cicely Tyson, 95, tweeted, “God of our silent tears! A brillant (sic) & talented actor, gone to (sic) soon. @chadwickboseman you leave this earth w/a beautiful body of work. When you graced our screens you brought the dignity & grace we could all be proud of.  My prayers are with your loving family. RIP my dear son CTD”

Harris, who Boseman enthusiastically endorsed in his final social media posts before his death, tweeted, “Heartbroken. My friend and fellow Bison Chadwick Boseman was brilliant, kind, learned, and humble. He left too early but his life made a difference. Sending my sincere condolences to his family.”

Biden, meanwhile, tweeted that, “The true power of @ChadwickBoseman was bigger than anything we saw on screen. From the Black Panther to Jackie Robinson, he inspired generations and showed them they can be anything they want — even super heroes. Jill and I are praying for his loved ones at this difficult time.”

Former U.S. President Barack Obama remembered Boseman’s visit to the White House, fresh off of playing Jackie Robinson, to work with kids. “You could tell right away that he was blessed,” Obama recalled on Twitter. “To be young, gifted, and Black; to use that power to give them heroes to look up to; to do it all while in pain – what a use of his years.”

And Sports Centre anchor Kayla Grey tweeted, simply, “That was OUR Superman.”

Read on for more social media tributes to Boseman.

Do Believe the Hype: Why Black Panther Is a Must-See