Raquel Welch Turns 80: 8 Things You May Not Know About The Hollywood Legend 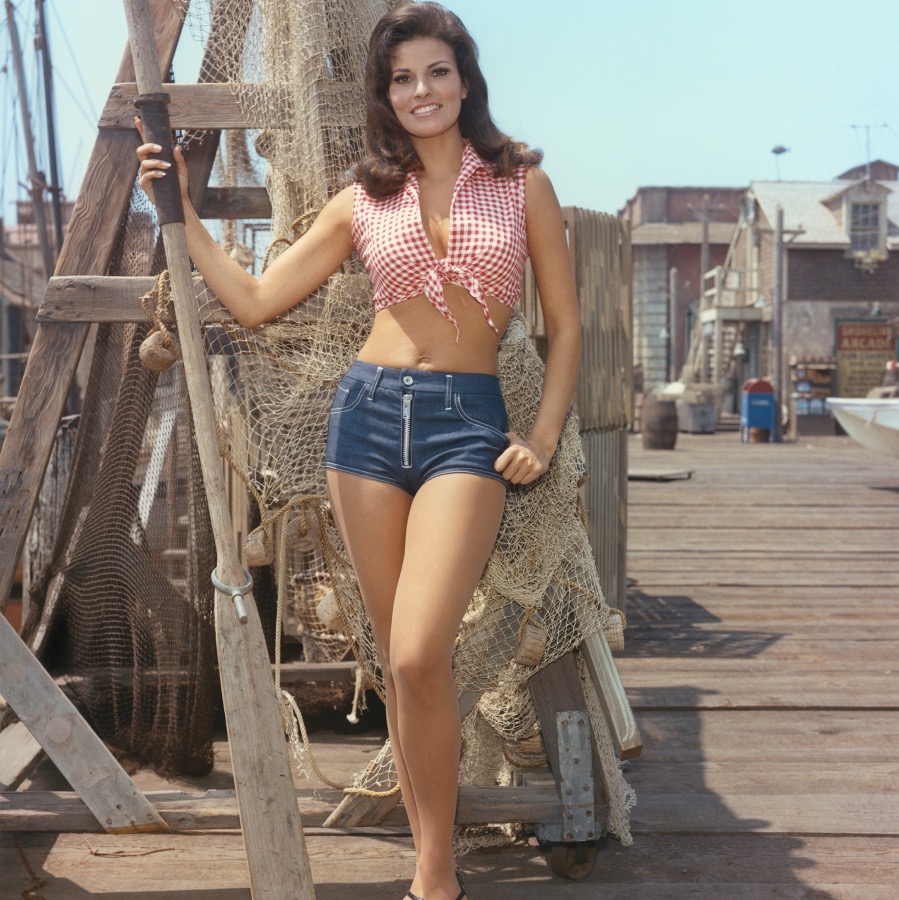 As Raquel Welch celebrates her 80th birthday, here are 8 things you may not know about one of Hollywood's most famous actresses. Photo: Sunset Boulevard/Corbis via Getty Images

One of the most memorable pin-up girls of all time, Raquel Welch filled the void left by Marilyn Monroe and became Hollywood’s top sex symbol for much of the 1960s and ’70s. As an actress and pop-culture icon she starred in 50 movies, winning a Golden Globe for Best Actress in a Musical or Comedy for her role in the 1973 film The Three Musketeers, as well as receiving a star on the Hollywood Walk of Fame. And as she celebrates her 80th birthday, Welch not only still looks fabulous but has managed to avoid the disastrous fate that befalls many Hollywood bombshells by re-inventing herself as a business mogul, creating a popular line of signature wigs.

Raquel Welch was born Jo Raquel Tejada on Sept. 5, 1940. Growing up in Chicago, her classmates could not pronounce her name, so they called her “Rocky.” After marrying her high-school sweetheart James Welch in 1959, she decided to keep his name after their 1964 divorce in order to downplay her Latin heritage. For reasons unknown, 20th Century Fox execs pressured her to change her name to Debbie. Thankfully, she stuck to Raquel.

2. The Road to Stardom

Before hitting the big time, Welch worked as a cocktail waitress and weather forecaster before eventually landing a one-woman musical act in Las Vegas. Leading up to her big-screen breakthrough in the 1966 sci-fi film The Fantastic Voyage, she played a number of small roles in popular television shows like Bewitched, McHale’s Navy and The Virginian.

Raquel Welch became a household name after starring as Loana in the 1966 ultra-campy prehistoric fantasy film, One Million Years B.C. It clearly wasn’t her acting that won her acclaim — besides grunting, she has only three spoken lines in the entire movie. It was the publicity stills of her wearing a fur bikini that vaulted her to stardom and landed her on the walls of college dorms and teenagers’ bedrooms around the world. While she always referred to the film as that “silly dinosaur movie,” she appreciated the fact that it propelled her to stardom.

4. Struggles as a Sex Symbol

After taking the world by storm by wearing “mankind’s first bikini,” Welch struggled to accept her role as a sex symbol and the stereotypes that went with it. While she starred in 50 movies, most were forgettable B-movies — vehicles that played up her sex appeal. Looking back at her career, she recalled: “Everyone thought I should go around in a bikini even if it happened to be snowing outside,” adding, “I could have walked around by myself, and nobody would have known me — unless I was wearing a bikini.” Eventually, she came to terms with the role, saying, “Americans have always had sex symbols. It’s a time-honoured tradition, and I’m flattered to have been one. But it’s hard to have a long, fruitful career once you’ve been stereotyped that way. That’s why I’m proud to say I’ve endured.”

During her heyday, there were persistent urban legends making the rounds about the lengths Welch undertook to achieve her near-perfect looks and figure, including one that suggested she had a rib surgically removed. Welch has long denied this, telling Rolling Stone in 1974: “I’ve never had any such surgery. It’s so irritating when they say I have.”

In between dating leading Hollywood men like Steve McQueen and Warren Beatty, Welch was married and divorced four times. She explained to Piers Morgan in 2015 why she won’t go to the altar a fifth time: “Because I’m too set in my ways. I don’t have to have a man.”

During her career, she developed the reputation as a notorious diva, most famously for her spats with co-stars Mae West and Farrah Fawcett on the set of the 1970 film Myra Breckinridge. However, Welch claims she has mellowed with age, telling AARP: “I’ve made a concerted effort to think about what I have to do for other people, what I owe, what my part is in whatever relationship or situation I find myself in. It’s getting older, I guess, that makes you think that way.”

After her movie career ended, Welch released a series of popular workout and yoga videos and become the face of MAC Cosmetics. She parlayed both into a very successful business of selling signature wigs, called Hair U Wear. “I like what I do,” she said of her shift from bombshell to entrepreneur. “I actually enjoy being me and I make a very good living at it and I’m happy.” And she offers up this advice on caring for a wig: “I hang mine up overnight, upside down. Clip it to a coat-hanger. By the morning, it is perfectly fluffed.”