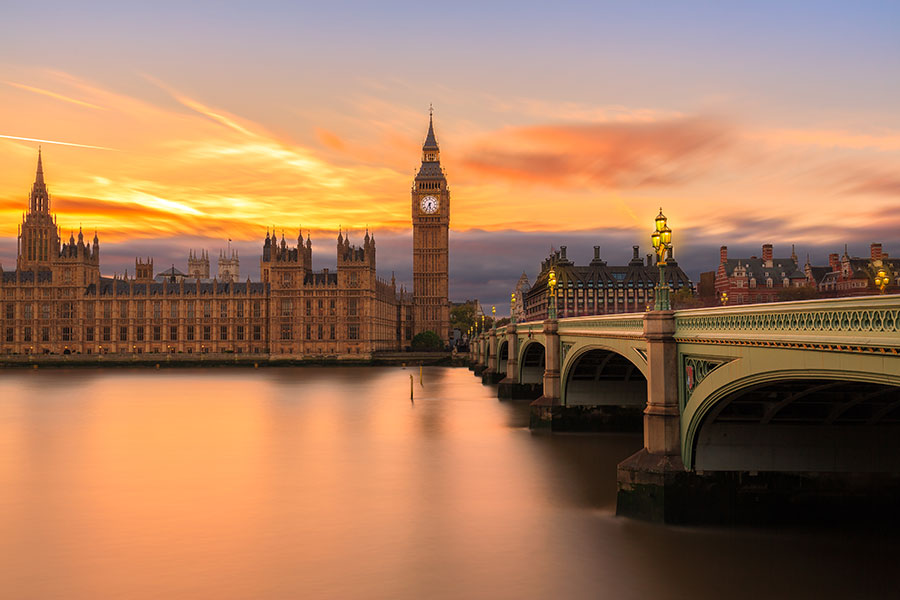 Long exposure on the south side of the river Thames,looking towards the houses of parliament and big Ben at sunset. Photo: Andrew Andrew Thomas/Getty Images

Britain by the book, from historical drama to modern-day spy craft and domestic suspense.

Obsessive Book Buyers: Zoomer editors have carefully curated our book coverage to ensure you find the perfect read. We may earn a commission on books you buy by clicking on our links. AGENT RUNNING IN THE FIELD (Viking) by John Le Carré

Brexit, espionage and betrayal. The former M16 spy and author of The Spy Who Came in from the Cold is back with his 25th book, this time set in London amid the political mudslinging of Boris and Brexit. At age 88, Le Carré is still on top of his literary game with this topical tale about a middle-aged spy’s disillusionment not only with “the Office” but with the divisive politics in his own country, even as Putin’s Russia gains more influence on the world stage and British Intelligence comes up with a desperate plan to keep in the good graces of a Trump-led America – even if it means betraying old allies. THE OTHER WINDSOR GIRL: A NOVEL OF LOVE, ROYALTY, WHISKEY & CIGARETTES (William Morrow) by Georgie Blalock

This novel is about the fascinating and fast-living Princess Margaret, the younger sister of Queen Elizabeth II,  who livened up post- Second World War society with her glamorous cutting-edge fashion, biting wit and legendary naughtiness. Told through the eyes of Margaret’s second lady-in-waiting, it’s a juicy story about the young aristocrats who were part of the ‘Margaret Set’ and a headstrong princess who was caught between her love for a certain dashing Captain Peter Townsend and her royal responsibilities as the only sibling of the Queen. Praised by Oprah magazine as “a turn-of-the-century wunderkind”, British author Zadie Smith landed on the literary scene nearly twenty years ago with her first book White Teeth. Since then she’s gone on to publish four novels and two books of essays, and now with Union Station, her first collection of short stories (some previously published in The New Yorker and elsewhere). Fearlessly taking on issues such as racism, sexism and politics, Smith’s stories are set in both the U.K. and the U.S. (where she is currently a professor at New York University.) Talk about stranger-danger. The story focuses on a family who once lived a privileged upper class life in a rambling Chelsea mansion, until they let a charming new friend stay for “just the weekend.” A dark domestic thriller from the bestselling author of Then She Was Gone and The Girls in the Garden. From the bestselling author of Munich, Fatherland and Pompeii comes Harris’s new historical novel The Second Sleep, which transports readers to a remote English village in 1468. When a priest arrives to conduct the funeral of his predecessor, he discovers a collection of mysterious ancient artifacts that he suspects could be the cause of the old parson’s death.