After COVID-19 Closures, Will the Movie Theatre Industry Learn from History to Adapt Post-Pandemic? 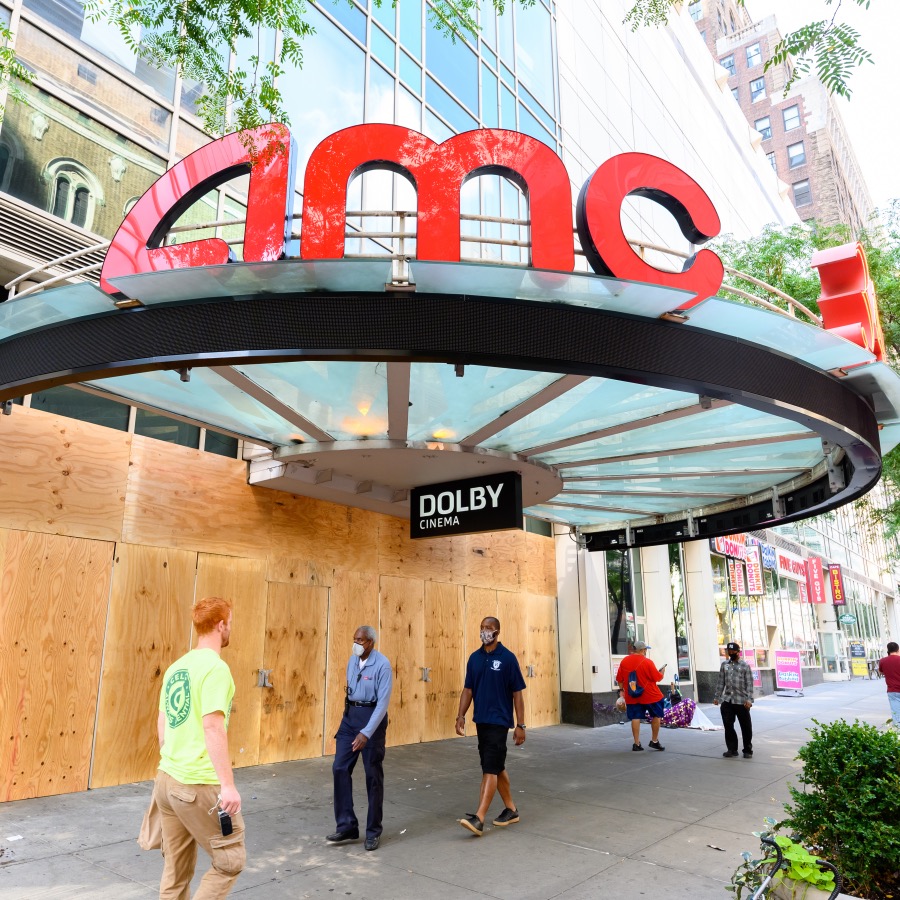 With movie theatres struggling to survive amidst the COVID-19 outbreak, will the industry learn from the past in order to adapt and stay afloat in a post-pandemic world? Photo: Noam Galai/Getty Images

Since the start of the pandemic, the film industry has been in free fall.

As deaths have continued to climb, so have studio losses, with crowded theatres — once a source of collective entertainment and escapism — now seen as petri dishes for the virus.

Familiar blockbuster franchises whose summer releases studios banked on to balance bleeding ledgers have been barred from shuttered theatres. The 25th James Bond film, No Time to Die, the seventh Mission Impossible, Marvel Universe’s Black Widow, Wonder Woman 1984 and Spider Man’s latest iteration, Far From Home, have all been delayed. The billions of dollars invested in producing and marketing these films alone are sums that could make or break the studios.

Desperate to survive, AMC – the biggest of the three mega-chains of theatres — and movie studio Universal recently agreed to cut the exclusive theatrical release time down from 90 to 17 days before films could be streamed. Huge opening releases have long been crucial for both theatre chains and studios, so AMC giving up its biggest source of revenue for a small cut of Universal’s profits can be seen as a sign of desperation.

The motion picture industry has endured pandemics and the threat of home viewing before. But in each instance, the existing way of doing things was upended.

During the current crisis, it seems that shifts in the industry that have been going on for some time are accelerating. While the movie theatre will likely survive, moviegoers can expect a change in what they can see on the big screen.

Before World War I, the American motion picture industry was a loose collection of independent film producers, distributors and approximately 20,000 theatre owners. In the fall of 1918, the industry was rocked by the emergence of the Spanish flu. As wave after wave of influenza deaths spread across the country, between 80% and 90% of theatres were closed off-and-on for months by public health decrees, described across the country as “flu bans.”

Theatres that needed ticket sales to recoup advanced rental fees fought to stay open using strategies that are eerily familiar to our COVID-19 moment. Industry leaders lobbied governments to let them reopen. Theatre owners denounced “flu hysteria” and handed out gauze masks to patrons. Some ejected sneezers or used staggered seating to socially distance audiences. The industry ran national public relations campaigns promoting hygiene and promising theatre cleanings and new ventilation systems to help calm patrons’ fear of sitting shoulder-to-shoulder with someone who might cough. Even after “flu bans” were lifted, it took about a year and a half for skittish audiences to venture back.

As the pandemic ravaged the country, consolidation fever consumed the industry. Opportunists took advantage of the real victims of the flu bans: independent theatres. The big chains, armed with capital, bought out their hobbled competitors, while bigger distribution companies gobbled up smaller ones.

A new Hollywood studio system dominated by money and profits slowly started to take shape. Trailblazer Adolph Zukor used Wall Street financing to take control of the reeling Famous Players-Lasky company and merged it with Paramount distribution, creating a studio that cranked out films with Ford-like efficiency. With its soaring profits, it continued turning independent theatres into exclusive Paramount exhibitors across the country to monopolize access to audiences.

Others companies followed suit. Loews theatres, Metro pictures and Goldwyn distribution consolidated into MGM. Industry players desperate to recoup their pandemic losses traded their independence to be a part of the post-pandemic Hollywood, an oligopoly of vertically integrated companies that only distributed and screened the films they produced.

In the 1950s, Hollywood faced a second destructive event of the 21st century: television, a new technology that could broadcast content directly into American homes.

On the television, the motion picture form shifted from standard, feature-length films to serialized content similar to what people listened to on the radio.

The studio system felt the crunch. People who once went out to the movies multiple times a week now stayed home to watch TV. By 1954, there were 233 commercial stations and 26 million homes with TVs, and studio profits dramatically declined.

Yet Hollywood was able to adapt. The industry responded to the small screen home viewing threat by going big. Aspect ratios jumped from 1.34:1 to a wider 1.85:1 or 2.25:1, and they added Technicolor and high-fidelity directional audio to their sensational features.

Big budget epics like MGM’s Quo Vadis, musicals like 20th Century Fox’s Annie Get Your Gun and animated spectacles like Disney’s Lady and the Tramp ensured that theatres could provide an unrivalled experience, one that made watching TV seemed paltry by comparison.

In the end, home viewing and theatrical release managed to coexist.

In many ways, the current pandemic has been a tale of two movie industries. With theatres closed, streaming services have been cashing in.

Netflix, which has been laying the grounds for a direct-to-streaming world since 2015, has added a whopping 10.1 million subscribers since March.

Alarmed by the billions of dollars stuck in pandemic purgatory, some studios have started to change tacks. Tom Hank’s new submarine film, Greyhound, steered its US$50 million budget directly to port on Apple TV+. Apple let financial markets know that the film’s opening, in terms of the number of people who watched, rivalled the best opening weekends. Thirty percent of those viewers were new subscribers.

Seen in this light, the AMC and Universal deal shows the old distribution model, already battered by streaming services, taking on water fast.

Yet rather than being extinguished, the theatre model will likely continue to evolve. There is simply too much potential for return on investment in past, present and future blockbusters, and studios see the risk-reward ratio of theatrical release as a way to attract shareholders and keep them happy. Audiences will still go out to be thrilled by big, CGI-driven spectacles with gut-rumbling surround sound. They’ve got a taste for it.

At the same time, major studios will likely continue to use their economic leverage to push into streaming in an attempt to maximize their potential for profit and control both modes of distribution.

It’s also possible that — with the winds of antitrust sentiment starting to blow — the industry will return to a theatrical distribution model more akin to the pre-Spanish Flu era, when independent theatres could make deals with different distributors to show more than just blockbusters, and use this flexibility to cultivate new or niche audiences.

If the lessons of the post-pandemic 1920s prove prophetic, we could be gearing up for a roaring decade where a rich diversity of films — in form, style and content — emerge to fit different modes of distribution. Think new series formats, or even mini “character universes” that rival Marvel’s on the small screen.

Seen this way, the 2020s could be a glorious period of experimentation and innovation.

The Look of Love: A Brief History of Romance on the Big Screen