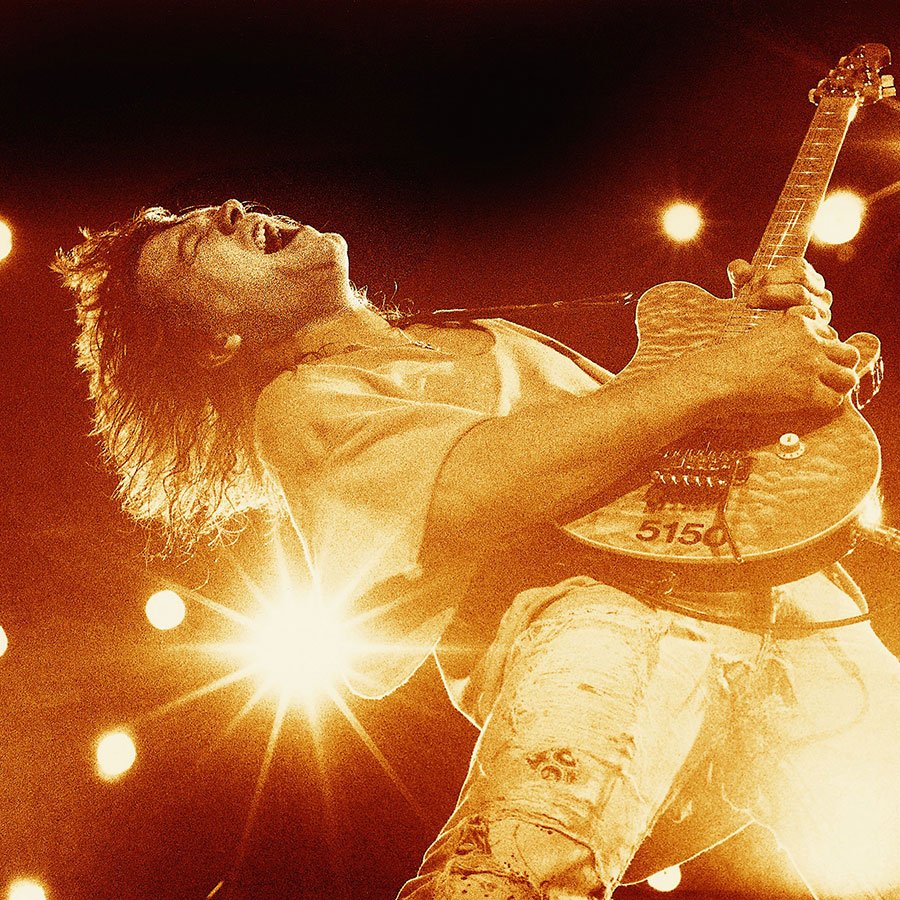 As the world continues to mourn Van Halen, we look back on our favourite guitar solos from the rock 'n' roll legend. Photo: Robert Knight Archive/Redferns/Getty Images

It’s nearly impossible to overstate the musical impact of Eddie Van Halen, who died at the age of 65 on Tuesday after a long battle with throat cancer.

The Dutch-born musician cemented himself as one of rock ‘n’ roll’s greatest guitarists with blinding speed, control and innovation.

The creativity behind his musical genius started early. As a young boy playing piano, he often improvised at recitals, making classics from Bach and Mozart his own. But it was the guitar that offered him the freedom he craved and seemed to complement his uninhibited musical style.

“Ninety per cent of the things that I do on guitar, if I had taken lessons and learned to play by the book, I would not play at all the way I do,” he once said.

Those distinct guitar solos helped propel his namesake band to one of the biggest group’s in hard rock and earned them a spot in the Rock & Roll Hall of Fame in 2007.

As the world continues to mourn Van Halen, we look back on a small sample of his innovation in six of our favourite solos from the rock ‘n’ roll legend.