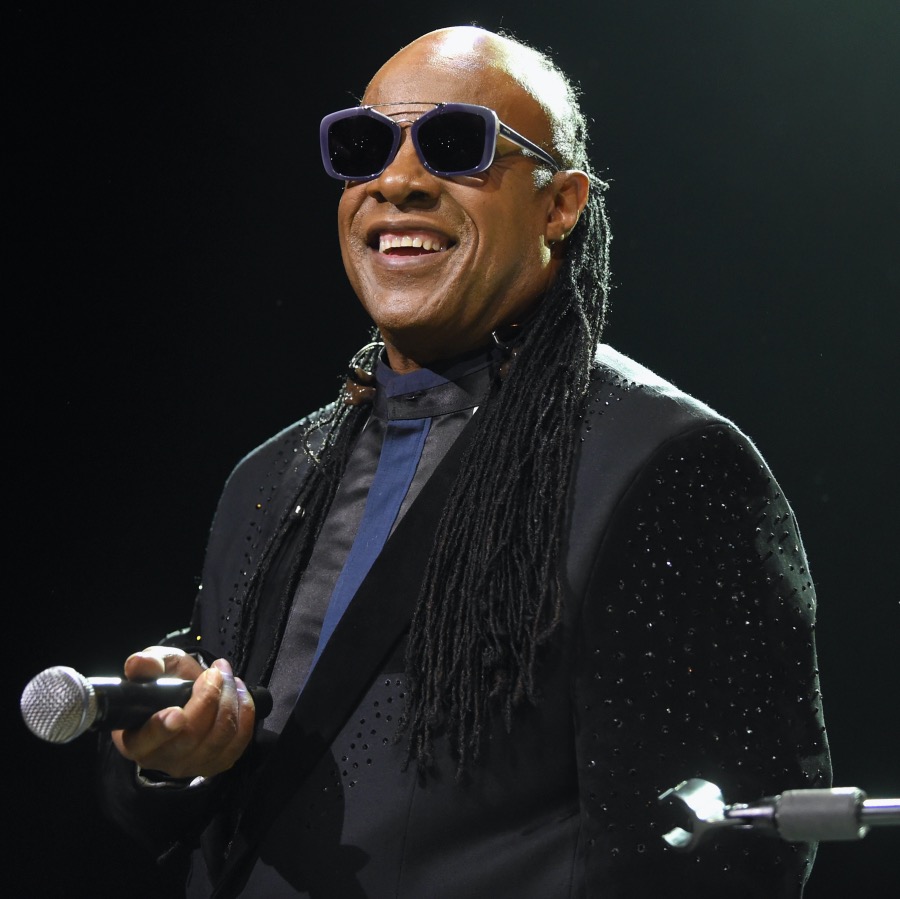 Mere months after turning 70, and nearly a year after a kidney transplant, Stevie Wonder announced two new singles and the formation of his own record label. Photo by Emma McIntyre/Getty Images for The Art of Elysium

Just months after turning 70, and nearly a year after a kidney transplant, music legend Stevie Wonder is healthy, happy and back with his first new original songs in 11 years and the announcement of a new record label.

At a press conference on Tuesday, Wonder announced the formation of his own record company — So What The Fuss Music — and the first two songs to be released on the label, “Can’t Put It In the Hands of Fate,” featuring hip hop stars Rapsody, Cordae, Chika, and Busta Rhymes, and “Where Is Our Love Song,” featuring Grammy-winning rock/blues/hip hop/soul fusion artist Gary Clark Jr. Five of Wonder’s children also contribute supporting vocals to the latter track.

“Where are our words of peace? Where is our prayer? Where are the things that we are not doing nearly enough of?” Wonder said while discussing “Where Is Our Love Song,” adding that he plans to donate the proceeds from the single to the charity Feeding America. “Where’s our respect for one another? What happened to that part? Where are words of hope: not the kind of hope that leaves others behind, but the kind of hope that lifts up all humankind. Where are our hope songs? And that’s what that’s about.”

He added that, while the tune is being released now, he actually began working on the melody for the song more than 50 years ago — at age 17 — noting that it’s not unusual for him to have music for a song written long before he pens any lyrics for it. You can listen to the song below.

The singer, who has been vocal about “repression of Black and brown people” and the Trump presidency in recent months, also endured the struggles of segregation, faced racial violence and joined Civil Rights leaders and musical legends in the decade-and-a-half long campaign to enshrine Martin Luther King Jr.’s birthday as a national holiday.

“We cannot be a united people of this nation or people of the world and still have this craziness,” Wonder said Tuesday. “It’s unacceptable so we’re not going for it no more. The change is right now. We can’t put it in the hands of fate.”

“I want everyone to be well,” he added. “I don’t care what colour you are because actually I don’t see your colour. You see colour, don’t act like you don’t see colour, you do. But I don’t see your visual colour. But I do feel your soul. I do feel your spirit. I see the colour of your spirit and soul, and I’m seeing too many spirts and souls that are not about the love that we’re supposed to have and feel for one another.”

Wonder — who has notched more Grammy awards than any other solo artist, with 25, and has sold more than 100 million albums — last released an original solo single in 2009. That tune, “All About the Love Again,” earned a Grammy-nomination, and Wonder performed it at President Barack Obama’s inauguration that year. In 2016 he released the single “Faith” with Ariana Grande for the soundtrack to the animated film Sing.

Notably, the creation of Wonder’s own music label marks the singer’s departure from Motown Records, which he originally signed with in 1961 at age 11 and stayed with ever since.

“Even though I have left Motown, I never leave Motown,” he explained. “That’s Detroit. So I’m sure that we can figure out how we can do some things at Motown.”

He insinuated that he may work with Motown on future musical projects, and hinted at a possible upcoming EP and future album of new songs, which he called Through the Eyes of Wonder. He last released an album — A Time to Love — in 2005.

As for his health, Wonder, who had a kidney transplant last December, said that he’s feeling great, receives regular check-ups from his nurses and that he is continuing his medication to ensure he remains healthy.

“I feel great! My voice feels great!” Wonder, who turned 70 on May 13, said. “I told my daughter Aisha, ‘I’m going to be like five years younger than you are now. I’m going to be going from being 70 to like 40.’ I feel like I’m about 40 right now and I just thank everyone for their prayers and their love, and I’m feeling great.”

Happy 70th Birthday Stevie Wonder: Master of the Music That Became a Soundtrack for a Generation