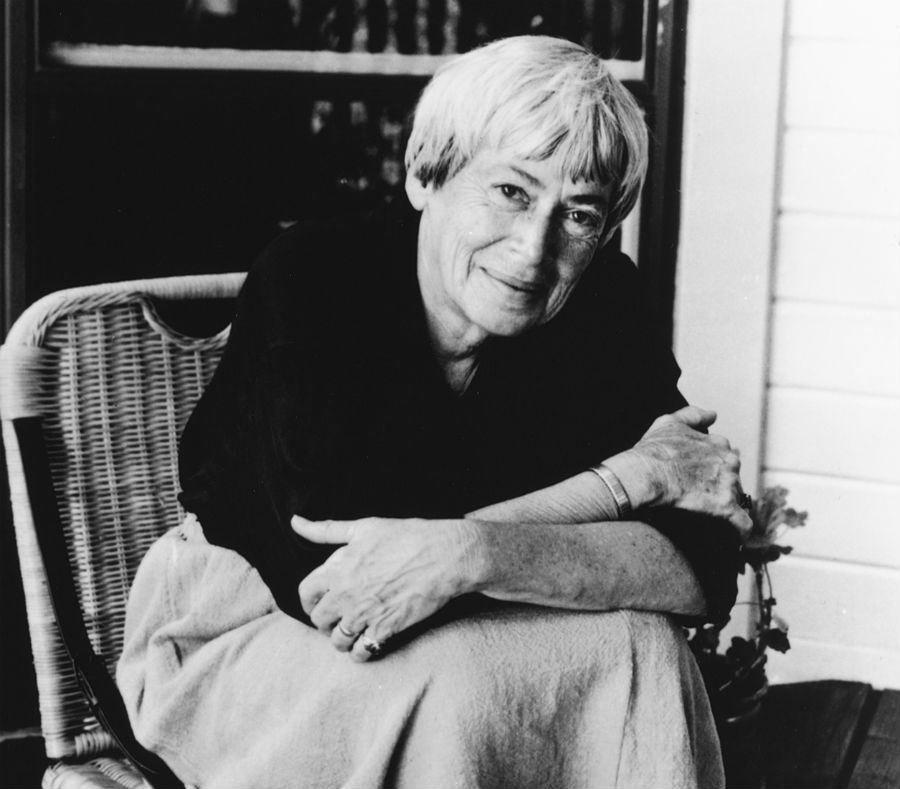 “Old age isn’t a state of mind. It’s an existential situation.” ― Ursula K. Le Guin, from No Time to Spare.

For many, Ursula Le Guin stands as one of the most influential science fiction and fantasy writers in the world, with even Margaret Atwood calling her “one of the literary greats.” But while she started writing about dragons and wizards back in 1968 in her acclaimed Earthsea series, the idea of adapting one of her books into a major television series only recently came to the fore.

“Ursula Le Guin is a literary legend with a huge fan base and her work has been translated into practically every written language on the globe,” Fox said in the Deadline story. “She is second only to Tolkien in influence in this genre, and before she died last year, she agreed to put her most beloved work in my hands. This project is, therefore, a sacred trust and priority for me as well as an opportunity to create an iconic piece of American culture.”

In 2000 the U.S. Library of Congress named Le Guin a Living Legend in the “Writers and Artists” category for her significant contributions to America’s cultural heritage. She also won the National Book Award, six Hugo and five Nebula awards, and received induction into the American Academy of Arts and Letters.

“We can’t call Ursula K. Le Guin back from the land of the unchanging stars, but happily she left us her multifaceted work, her hard-earned wisdom and her fundamental optimism,” Atwood wrote in The Washington Post. “Her sane, smart, crafty and lyrical voice is more necessary now than ever.”

To mark what would have been her 91st birthday this month (Oct. 21), we’ve compiled a list of some of her essential works.

The Left Hand of Darkness

First published in 1969, The Left Hand of Darkness became an instant hit among science fiction readers. The book’s protagonist, human ambassador Genly Ai, sets out on a mission to the frigid world of Gethen but struggles to understand the society where individuals remain gender-neutral most of the time — except for once a month when they go into kemmer and become either male or female. This groundbreaking work of science fiction won both the Hugo and Nebula Awards the year it was published, and it remains as relevant today.

As The Paris Review recently wrote: “The Left Hand of Darkness was published fifty years ago, but still packs as much power as it did in 1969. Maybe even more so, because now more than ever we need its core story of two people learning to understand each other in spite of cultural barriers and sexual stereotypes.”

The Books of Earthsea

The Earthsea Cycle is named for its setting, a dense archipelago surrounded by an uncharted ocean. LeGuin wrote six Earthsea books between 1968 and 2001: A Wizard of Earthsea, The Tombs of Atuan, The Farthest Shore, Tehanu, the short story collection Tales from Earthsea, and The Other Wind. There are also an additional four short stories. All are collected together in The Books of Earthsea, along with the Le Guin’s “Earthsea Revisioned” Oxford lecture, and a new Earthsea story, never before printed.

The Earthsea series is widely regarded as a classic in the fantasy genre, but also carries serious literary standing. British author David Mitchell (who wrote the Booker and Nebula-shortlisted Cloud Atlas) considers the Earthsea books a seminal influence on his own career.

“I yearned to do to other people what A Wizard of Earthsea had just done to me — even if I couldn’t articulate exactly what that was,” he wrote in The Guardian. “Adulthood brings more demanding critical standards and many a childhood favourite has been booted off my podium of most cherished books, but my admiration for Le Guin’s artistry has only grown with every rereading.”

Lao Tzu: Tao Te Ching, A Book about the Way and the Power of the Way

Identifying as a Taoist proved a major influence on Le Guin’s own writing. Her version of Chinese sage Lao Tzu’s Tao Te Ching stands as a key modern-day text for English practitioners.

Le Guin was introduced to the Tao Te Ching as a young girl by her father, who studied Paul Carus’s 1898 translation. While Le Guin did not speak Chinese, she used this translation for her own lyrical interpretation.

“Everything Lao Tzu says is elusive,” Le Guin wrote. “The temptation is to grasp at something tangible in the endlessly deceptive simplicity of the words… It is the profound modesty of the language that offers what so many people for so many centuries have found in this book: a pure apprehension of the mystery of which we are part.”

As Margaret Atwood and David Mitchell demonstrate, Le Guin influenced both contemporaries and writers that followed. With this small volume, she shares her thoughts on storytelling. Based on Le Guin’s workshop lectures, Steering the Craft calls itself “a 21st-Century guide to sailing the sea of story.” It does come with a caution that “it is not a book for beginners,” but aims “to clarify and intensify your awareness of certain elements of prose writing and certain techniques and modes of storytelling.” Whether you aspire to be a writer or not, it offers compelling insight into the craft and Le Guin’s singular approach.

No Time to Spare

In the last years of her life, Le Guin took to blogging, where she explored everything from old age to sexual and national politics to the world’s dismal future. The best of these musings are collected in No Time to Spare: Thinking About What Matters.

“… the trivially personal is a chief pleasure of this collection, which uses its firm footing in the concrete world to ponder an eclectic array of topics,” The New York Times says in its review. “The pages sparkle with lines that make a reader glance up, searching for an available ear with which to share them.”

Of particular delight are Le Guin’s pronouncements on the absurdity of old age: “If I’m ninety and believe I’m forty-five, I’m headed for a very bad time trying to get out of the bathtub.”