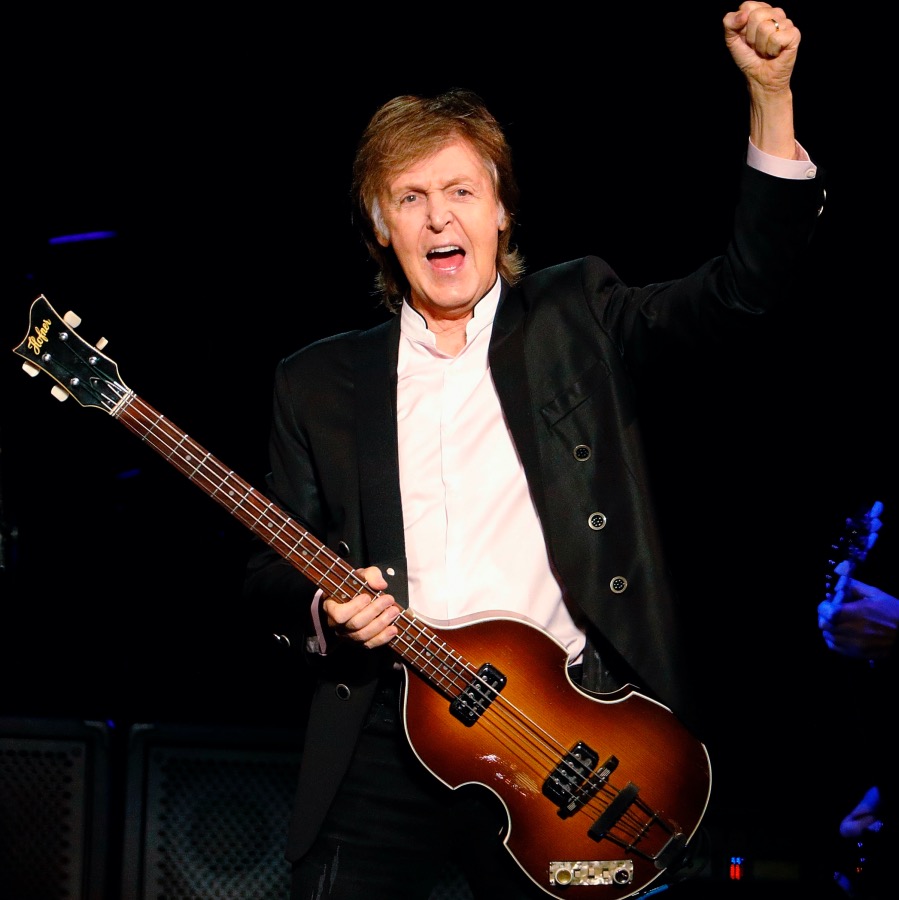 Paul McCartney, pictured above during a Sept. 2017 concert in New York City, drew on influences from the past while working on his upcoming album 'McCartney III.' Photo: Taylor Hill/Getty Images

They say that hindsight is 20/20, but the year 2020 has also offered plenty of free time for reevaluation and reflection. And when you’re a legendary musical artist, that can mean digging into the past for both inspiration and old tunes.

In recent weeks alone, Stevie Wonder, 70, released his first two original songs in 11 years — including one, called “Where Is Our Love Song,” that he originally wrote the music for more than 50 years ago, at age 17. And country queen Dolly Parton, 74, harkens back to her love of celebrating Christmas through music with A Holly Dolly Christmas — her first holiday album in 30 years (and third overall). The disc features multiple classic Christmas tunes and topped the charts in Canada and the U.S. upon its release earlier this month.

And now, two more music legends are getting into the game with releases that have roots in their earlier days.

The impetus for the album came from the legendary rocker, while in pandemic lockdown, revisiting a 1990s-era track that he wrote and co-produced with famed Beatles producer Sir George Martin called “When Winter Comes.” That led to him writing a new tune, “Long Tailed Winter Bird,” followed by more new tracks that he recorded alone at his home studio, singing all the vocals and playing all the instruments.

“There are one or two [songs] that I hadn’t finished and, because I was able to get in the studio, I thought ‘OK, wait a minute, what about that one?’ So I’d get it out and think, ‘Ugh, oh dear.’ And you’d try to figure out what was wrong with it, or why you didn’t like it,” McCartney told the BBC about making this album. “In some cases the vocal or the words just didn’t cut it, so you’d strip it all down and go ‘OK, let’s just make it completely different.’”

He added that, “When I’d done them, I was going ‘Well, what am I going to do with this?’ And it suddenly hit me: this is McCartney III. You’ve done it all yourself, like the others, so this qualifies.”

In discussing the recording process for the album, The Guardian noted that, “McCartney has used hallowed equipment including his violin-shaped Hofner bass guitar, a Mellotron from Abbey Road studios used by the Beatles, a double bass that backed Elvis Presley and studio gear from Wings sessions in 1971.”

The album, which drops on Dec. 11, embraces themes of love and optimism, which McCartney, in the BBC story, said he gleaned from his parents’ experiences during another crisis — the London Blitz during the Second World War.

“They survived the bombing and losing people left, right and centre, and yet they came out of it with an incredible spirit,” he said. “So it’s good to think, ‘Well, if they could do it, I can do it.’”

The Boss is Back

From a former Beatle to the Boss, themes of nostalgia also loom large over Bruce Springsteen’s latest album, Letter To You, which drops on Oct. 23.

The story behind the disc begins with the passing of George Theiss, a band member from Springsteen’s first band, The Castiles, which he joined in the mid-1960s. The death of Theiss made Springsteen the sole surviving member of the group.

“I guess being the last guy in my first band to remain alive, I don’t know, must have brought things up for me because a short while later I started to write with the themes of mortality and lifespan and taking the subject of music, which is a subject I hadn’t written about before — what it was like being in a band when you were young, what it’s like being in a band 50 years later with the same people,” the 71-year-old explained in a recent interview with The Late Show’s Stephen Colbert. “It’s an unusual experience but there’s some common humanity in all of it. So it just opened a vein of creativity that lasted for about seven days, in which I wrote almost all the songs for the album. And that’s the way it happens sometimes.”

In a statement, Springsteen added that one of the songs on the album, “Ghosts,” is “about the beauty and joy of being in a band, and the pain of losing one another to illness and time.”

In addition, the album also includes new recordings of three previously unreleased 1970s-era Springsteen tunes: “Janey Needs a Shooter,” “If I Was the Priest” and “Song for Orphans.”

Recorded in five days at Springsteen’s New Jersey home, Letter To You marks the first studio album collaboration between the Boss and the E Street Band since the 2014 disc High Hopes. A documentary film, also called Letter To You, about the making of the album, debuts on Apple TV+ on Oct. 23.

Bruce Springsteen, Sheryl Crow and Others Pay Tribute to John Prine Who Succumbed to COVID-19