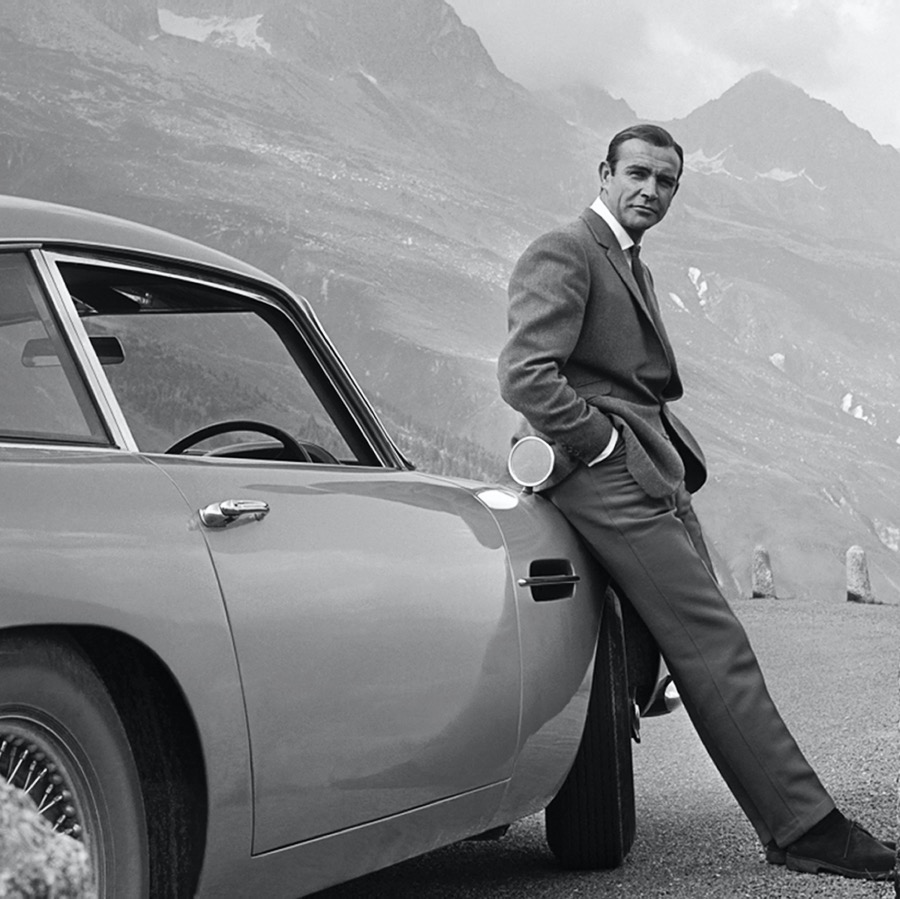 Actor Sean Connery, seen here posing as James Bond next to his Aston Martin in a scene from 'Goldfinger' (1964), died early Saturday in his sleep in the Bahamas. Photo: Michael Ochs Archives/Getty Images

Sean Connery, the Oscar-winning actor who originated the role of James Bond on the big screen, has died. He was 90.

Connery’s son, Jason, told the BBC that the actor died in the Bahamas overnight, in his sleep. He added that some family was able to be there with him.

“We are all working at understanding this huge event as it only happened so recently, even though my dad has been unwell for some time,” the younger Connery added. “A sad day for all who knew and loved my dad and a sad loss for all people around the world who enjoyed the wonderful gift he had as an actor.”

Connery, who was born in Edinburgh, Scotland on August 25, 1930, became one of Hollywood’s biggest stars and sex symbols — with screen credits ranging from  Murder on the Orient Express (1974) and The Man Who Would Be King (1975) to later hits like Indiana Jones and The Last Crusade (1989), The Hunt for Red October (1990) and his Oscar-winning turn in The Untouchables (1987). He was also voted sexiest man of the century by People Magazine readers in 1999 (they also proclaimed him sexiest man alive in 1989) and received a knighthood from Queen Elizabeth II in 2000.

However, the screen legend was, of course, most famous for originating the role of James Bond on the big screen in Dr. No (1962). Connery went on to play 007 seven times in total, including in the first five films in the spy series. Upon news of his passing, the official Bond Twitter account tweeted a thread offering condolences, including a tribute from producers Michael G. Wilson and Barbara Broccoli.

“We are devastated by the news of the passing of Sir Sean Connery. He was and shall always be remembered as the original James Bond whose indelible entrance into cinema history began when he announced those unforgettable words — “The name’s Bond… James Bond” — he revolutionised (sic) the world with his gritty and witty portrayal of the sexy and charismatic secret agent. He is undoubtedly largely responsible for the success of the film series and we shall be forever grateful to him.”

Connery also celebrated his 90th birthday in August, so in memory of the legendary actor’s life we’re revisiting nine things you may not know about him.

Sean Connery grew up poor in the Fountainbridge district of Edinburgh — so poor, in fact, that his family reportedly didn’t have any money to buy him a crib when he was born. As such, the future James Bond slept for a time in the bottom drawer of his parents’ dresser.

Growing up, Connery also worked various odd jobs to earn a living, including as an Edinburgh milkman at age 14, as well as a coffin polisher, a truck driver, a lifeguard, a model for college art students and, yes, even as a babysitter.

As a young actor working in theatre in the 1950s, Connery, a big soccer fan, played a game with members of his touring South Pacific production against a local team in Manchester. According to a story on the Scottish Junior Football Association’s website, a scout for the Manchester United football club supposedly spotted him at the game and offered to sign him to a contract, but Connery turned him down.

“I really wanted to accept because I loved football,” Connery says in the story. “But I realized that a top-class footballer could be over the hill by the age of 30, and I was already 23. I decided to become an actor and it turned out to be one of my more intelligent moves.”

3. He Was Fighting Bad Guys Long Before Bond

In 1958, Connery co-starred in the film Another Time, Another Place with Lana Turner, who was dating a real-life mobster named Johnny Stompanato at the time. Enraged by rumours of an affair between Connery and Turner, the mobster stormed onto the set of the film one day and threatened Connery with a gun. The future James Bond reportedly disarmed him and knocked him out with a punch, eventually sending him packing. Some time later, mob associates threatened to kill Connery, causing him to keep a low profile for a while until the situation blew over.

Meanwhile, months later, Stompanato was killed by Turner’s 14-year-old daughter, Cheryl Crane, when she encountered the mobster abusing her mother. She stabbed him to death and the incident was ruled a justifiable homicide.

4. Sean Connery Was Not a Fan of James Bond

Connery played Bond in seven films — tying him with the most outings as 007 with Roger Moore — but he apparently grew to despise his association with the character. In Andrew Yule’s 1993 biography Sean Connery: Neither Shaken Nor Stirred, he quotes the actor’s close friend, fellow actor Michael Caine, as noting, “If you were his friend in these early days you didn’t raise the subject of Bond. He was, and is, a much better actor than just playing James Bond, but he became synonymous with Bond. He’d be walking down the street and people would say, ‘Look, there’s James Bond.’ That was particularly upsetting to him.”

And Connery himself reportedly once said that, “I have always hated that damned James Bond. I’d like to kill him.”

Sean Connery never had to contend with famed Bond villain Jaws on screen, but he did nearly come face-to-face with “jaws” of a different sort — real sharks. While filming the 1965 Bond film Thunderball, Connery appeared in scenes where he had to swim with live sharks. A clear barrier was constructed to keep Connery separate and safe from the sharks, but it wasn’t tall enough and the predators were able to swim over them. As noted on IMBD, “Director Terence Young said in an interview that scenes used in this movie where Bond reacts in fright at the approach of a shark were miscues, in which Connery was reacting with genuine terror as a shark approached unobstructed by plastic shielding.”

6. From MI6 to Middle Earth

Connery could have appeared in the blockbuster Lord of the Rings trilogy — and possibly the Hobbit films — if he had accepted the offer extended to him to star as Gandalf the wizard. The actor reportedly turned down the role since he didn’t understand the character, leading to Sir Ian McKellen famously taking on the part.

7. Talk About An Ego Boost

8. He Really Likes Being Retired

Connery officially retired from acting in 2006, and one of the reasons, according to his pal Michael Caine in an interview with The Telegraph, is that the parts he was offered as he aged weren’t very good.

“The movie business retired him because he didn’t want to play small parts about old men and they weren’t offering him any young parts in romantic leads,” Caine said.

In 2007, however, Connery did note that the prospect of appearing in the fourth Indiana Jones film — Indiana Jones and the Kingdom of the Crystal Skull — nearly lured him back to the big screen.

“If anything could have pulled me out of retirement, it would have been an Indiana Jones film,” he wrote in a statement. “But in the end, retirement is just too damned much fun.”

Sean Connery’s legacy remains problematic, with his on-screen success contrasting with controversial statements he made about hitting women off screen in two different decades.

In a 1965 interview with Playboy magazine, he is quoted as saying that he doesn’t think that “there is anything particularly wrong about hitting a woman — although I don’t recommend doing it in the same way that you’d hit a man. An openhanded slap is justified — if all other alternatives fail and there has been plenty of warning.” And, in a 1987 interview with Barbara Walters, Connery said that he hadn’t changed his opinion. But following the release of an autobiography by his first wife, actress Diane Cilento, in 2006, which claimed Connery physically and mentally abused her, Connery reportedly pushed back against the accusations and the quotes attributed to him in the past, claiming that there is no justification for abusing women.

The 007 Showdown: Who Is the Best Bond Ever?

Spectre: A Bond with a Boomer Attitude and an Older Woman

Daniel Craig’s Last Turn As James Bond: 007 Comes Out of Retirement in No Time To Die