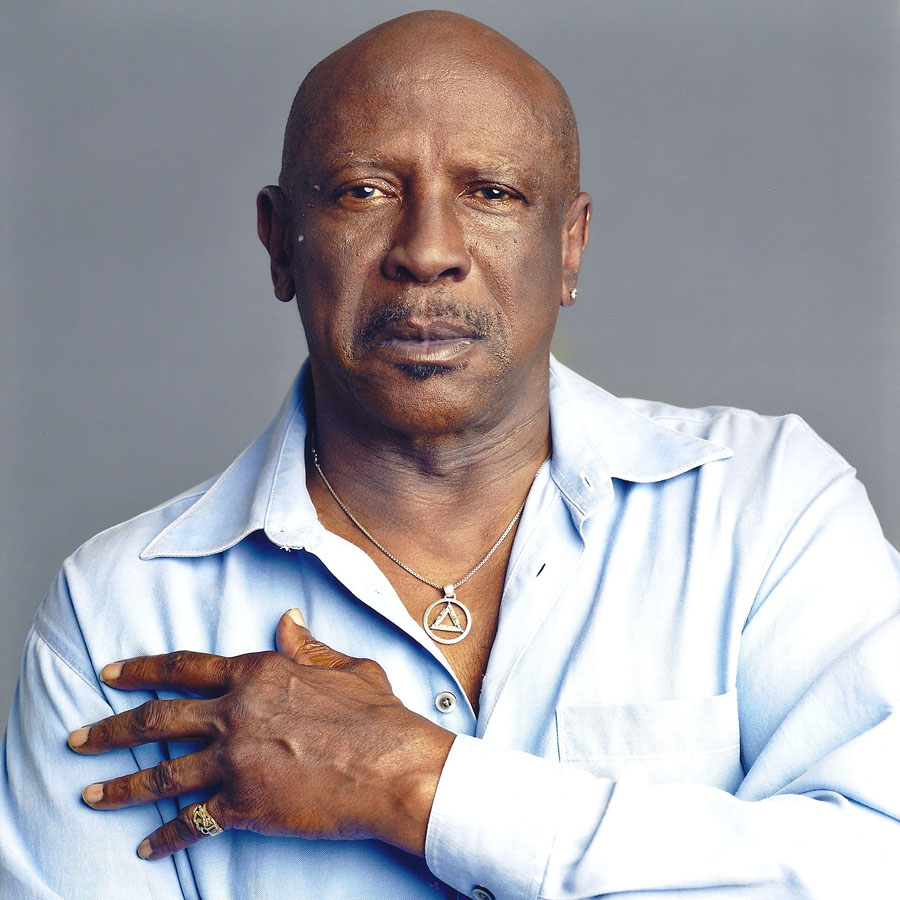 The Canadian film The Cuban — which stars Oscar-winner Louis Gossett Jr., 84, as a famous musician with dementia who rekindles his spirit after befriending a nurse at his care home — opened the 2020 Canadian Film Fest this past June. In the ensuing months, it’s won multiple awards at various other film festivals, including Best Feature Film at both the DaVinci and the Forest City film festivals).

Ahead of the film landing on all major video-on-demand platforms on November 6, we’re revisiting our interview with Gossett from earlier this year, where he discusses the film, his career, aging, tackling racism in Hollywood and how his great-grandmother — a former slave — taught him about the power of “quiet strength.”

Actor Louis Gossett Jr. speaks softly over the phone from his home in Atlanta. His calming tone is especially reassuring in this locked-down, pandemic world, and far different from the one he used as the domineering Sgt. Emil Foley in the 1982 film An Officer and a Gentleman. The part earned Gossett an Oscar for Best Supporting Actor,  the first African-American to win the honour, and the third African-American ever to win an Oscar. But it’s the soft-spoken confidence and power he learned from his great-grandmother Bertha Ray – a former slave who raised him and his cousins and, he says, lived to be 117 – that carries him through life.

“Her method of quiet strength happened with me and my cousins. She never raised her voice. She just had a steady voice and she got everybody’s attention,” Gossett, who turned 84 on May 27, explains. “And I’m used to that.”

Gossett exudes that quiet strength in his latest film, The Cuban, a Canadian production in which the actor stars as a celebrated Cuban musician confined to a nursing home while suffering from dementia and Alzheimer’s (watch the trailer below). He strikes up a friendship with his nurse, played by 24-year-old Canadian actress and singer Ana Golja (Degrassi: Next Class), bonding over a shared love of music that elicits memories of his past and reignites his artistic passion. The film opens the 2020 Canadian Film Fest — which went digital this year in light of the COVID-19 pandemic — and airs this Thursday on Super Channel Fuse.

Gossett derived some inspiration for his character from Robert De Niro’s Oscar-nominated performance in the 1990 film Awakenings, where he played a catatonic patient who is temporarily revived from his affliction. “When you play people like that,” he adds, “I’m at that age now to be sensitive to it. It’s very exciting. Very revealing.”

With a show-business resume that includes his Oscar, two Golden Globes and two Emmys as well as roles like Sgt. Foley in An Officer and a Gentleman, George Murchison in the 1961 Sidney Poitier film A Raisin in the Sun, Fiddler in the hit 1977 miniseries Roots and an ongoing role as aging superhero Hooded Justice in the HBO series Watchmen, you’d forgive Gossett if he chose movie parts that he could coast on. But the actor says that the thing that attracted him most to The Cuban was the challenge.

“I need the challenge,” he emphasizes. “That’s what brings out my instrument.”

He believes that films like this — which spotlight issues like Alzheimer’s and dementia  — are important as the population ages.

“The elder has the wisdom, has the gold. And once it’s encouraged, they don’t have … Alzheimer’s, they don’t have those attacks, because it’s being used as an energy that continues on,” he explains, pointing to how, in The Cuban, the music from his character’s past reawakens his memories and helps him feel more like himself. In fact, organizations like the Alzheimer Society of Canada tout the power of music in reviving memories and emotions in patients. “So believe me, [the character] had a good time,” Gossett adds. “He couldn’t stop laughing. He was laughing like a teenager.”

Taking On a New Role: Mentor

Gossett recognizes that he is an elder now. When asked about a 2019 interview where he discussed the possibility of retiring when the Watchmen series ends, he says his goal is to be a mentor.

“[If] somebody gives me a role that I can’t refuse, I’ll take it. But my energy is now for the information of the generation behind me and the generation after that,” he explains, noting his gratitude for the opportunity. “Some of my contemporaries are gone. So I will continue the lessons. And when it hits properly, you notice kids take the cell phones and put them away. It’s a nice thing that happens.”

Gossett often serves as a creative mentor on the set of films like The Cuban and also regularly speaks to youth in his adopted home of Atlanta. And through his Eracism Foundation, the actor works to combat racism and bring communities and cultures together.

Of course, race representation is top of mind in Hollywood and the actor points to movies like Slumdog Millionaire and Black Panther, noting there’s a diverse audience looking for films with which they can identify. “So now we have the ability not to be the minority in the business. We have an independence. We don’t have to rely on the major studios to finance a major film anymore.”

Of course, Gossett has first-hand experience in how race and diversity have evolved in Hollywood over the years. He recalls arriving in California as an actor in the early 1960s and being handcuffed to a tree by police for three hours because he was walking in Beverly Hills after nine in the evening.

“It came out of left field. I knew it happened, but I didn’t know it happened in California,” he says. He remembers calling his father first, and then his agent. “And [the agent] said, ‘Well, okay, what are you going to do next?’ I said, ‘Well, I’m going to go to sleep and wake up and go to work in the morning.’ He says, ‘That’s what I expected you to say.’”

Gossett explains “you always come to that place, ‘What are you going to do now?’ You didn’t come this far to change your course, especially if what you’re changing to, and keeping, is something that we all need to know.”

But how did he summon the strength to wake up and go to work the next day after such a horrible welcome to Hollywood?

“It’s just like Richard Gere said in An Officer and A Gentlemen: ‘There’s no place else to go.’”

The Cuban opens the 2020 Canadian Film Fest — a non-profit showcase of independent Canadian films — which was originally slated to take place in Toronto before the COVID-19 pandemic hit. And Gossett recalls living in the city while making another film — the 1996 TV movie Captive Heart: The James Mink Story, in which he played Mink, a real-life 19th century Toronto millionaire and businessman whose daughter was betrayed and sold into slavery in the United States.

“I dined at the Sassafraz restaurant and the Four Seasons and [visited] the theatres and restaurants when I was home. And I was there long enough to be home,” he recalls. “I love Canada.”

For now, Gossett is staying safe at his house in Atlanta. And as he prepares to celebrate his 84th birthday in the midst of the pandemic, the question remains: given his great-grandmother played such an important role as an elder in his life, would he want to live to be 117 like her?

“It’s not my call,” he answers without missing a beat. “When my job is over, I’ll be asked to go. But right now it’s not my call.”

The Cuban debuts on all major VOD streaming services on Nov. 6.