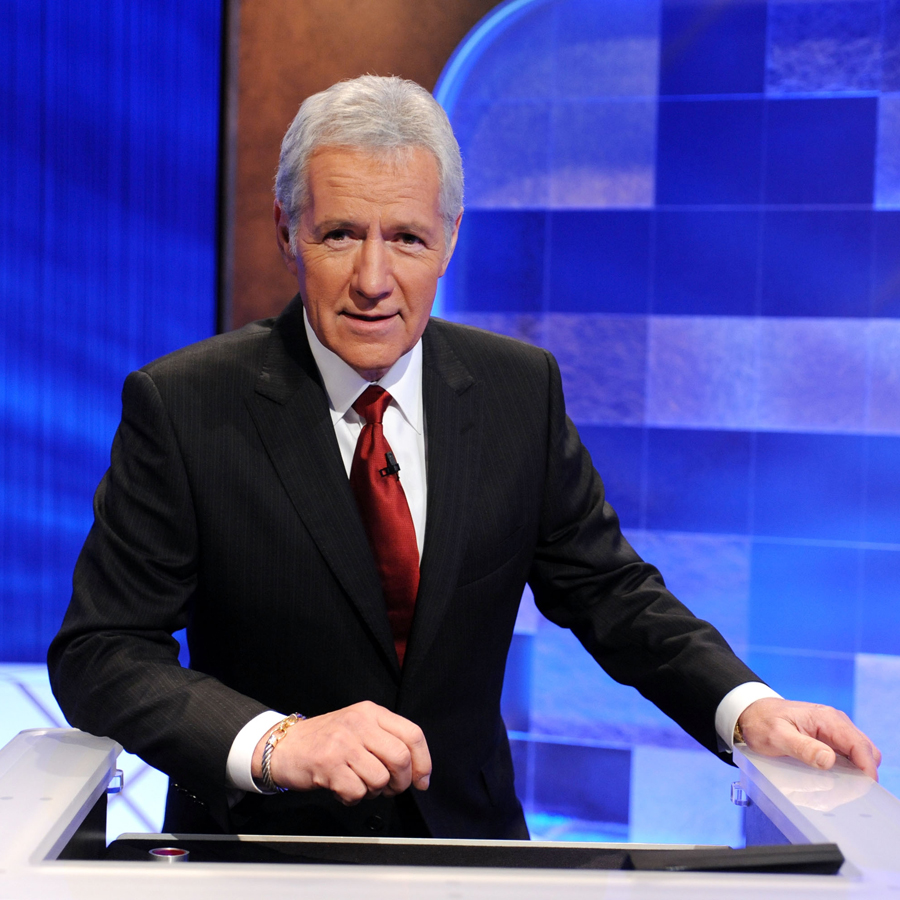 Beloved Jeopardy! host Alex Trebek died Sunday at the age of 80 following a battle with pancreatic cancer — a diagnosis he’d announced in March 2019. According to reports, he worked on filming new episodes of Jeopardy! up until October 29 — a little over a week before his passing — and those episodes will air through the end of December.

Trebek, who was born in Sudbury, Ont. On July 22, 1940, hosted Jeopardy! for 36 years. News of his death spread swiftly on social media with fans, celebrities and even Canadian Prime Minister Justin Trudeau paying tribute. Trudeau noted that Trebek, who was a member of the Order of Canada, Canada’s Walk of Fame and the Hollywood Walk of Fame, “entertained and educated millions around the world, instilling in so many of us a love for trivia.” He also called his death a “tremendous loss.”

Others shared highlight reels of favourite Trebek moments from his decades at the helm of Jeopardy! That included a clip of one contestant named Burt Thakur, who explained to Trebek during one episode of the show that he learned English from watching the Jeopardy! host every day with his grandfather.

Meanwhile, CBS News posted a rare clip of a pre-Jeopardy! Trebek in 1963, during his first hosting gig at the helm of the CBC show Music Hop.

One of the most poignant tributes, however, came from chief New York Times television critic James Poniewozik, who published a remembrance of Trebek on Sunday.

“On a show that was usually scheduled between the depressing evening news and a night of reality and crime shows, Alex Trebek did more than teach us trivia and betting strategies. He gave us, five days a week, a place to go where it was OK to know things. He was our trusted man with the answers, even in times when reality came to us in the form of a question.”

And on the Wednesday following his passing, Trebek’s wife, Jean, posted a photo of the couple’s wedding on her Instagram page with the caption, “My family and I sincerely thank you all for your compassionate messages and generosity. Your expressions have truly touched our hearts. Thank you so very, very much.Many Blessings to all.”

Trebek, who is survived by Jean and three children — Nicky, Matthew and Emily — released his memoir, The Answer Is … : Reflections on My Life, the day before his 80th birthday in July. He wrote that he’d resisted calls to pen a memoir for years but that the cancer diagnosis, and outpouring of support that followed, changed his mind.

“I want people to know a little more about the person they have been cheering on for the past year,” Trebek wrote.

Of course, there’s a lot more to learn about the Canadian game show host — from his childhood career aspirations to his unique connection to the Kennedy assassination to the lost clip of he and Moses, ZoomerMedia founder and CEO, appearing on CBC’s The Way It Is in 1969.

When Trebek turned 80 in July, Zoomer honoured him by recounting a list of fascinating facts about his life in the form of Jeopardy! questions and answers. So now, we’re revisiting that list as a tribute to the life and legacy of one of Canada’s most beloved entertainers.

Answer: It’s the higher calling that Trebek, as a child, originally felt compelled to follow.

Question: What is the priesthood?

Yes, the Sudbury, Ont., native almost became Father Alex. In fact, he noted that he changed his mind after a visit to a Trappist monastery. “I took a vow not only of poverty but of silence,” he explained.” And I’m not one to keep my big mouth shut. I enjoy talking.”

Answer: This is the job Trebek took at age 13, making it his first work experience.

Question: What is a hotel bellhop?

Showing signs of his legendary work ethic early on, Trebek worked as a hotel bellhop at the same hotel that employed his father as a chef. “A big tip was 25 cents,” he explained during a Jeopardy! audience question and answer session. “An average tip was 10 cents.”

Answer: It’s one of the defining news stories of the 1960s, which Trebek reported for CBC while working there early in his career.

Question: What is the assassination of President John F. Kennedy?

On Nov. 22, 1963, Trebek worked as a CBC staff announcer in Toronto and, as he recalled in the book, November 22, 1963: Reflections On The Life, Assassination And Legacy Of John F. Kennedy, he “was on booth duty doing news, weather, sports and station breaks for the national radio network when the news [of the assassination] came in from Dallas.”

He goes on to explain that, “I was the one who read the UPI wire that confirmed the death of the president.”

Answer: These two famous Canadians shared a segment on an episode of CBC’s The Way It Is in 1969.

Question: Who are Alex Trebek and Moses?

The Jeopardy! host and the ZoomerMedia founder and CEO shared a segment on The Way It Is, with Moses beginning by reporting that then-Prime Minister Pierre Trudeau is preparing to face a conference of Canadian premiers. He notes that Trudeau insists that language rights remains a priority, before adding, “But the provinces have, in effect, told him…”

At that point the camera cuts to Trebek, who says, “Sorry buster, it’s money we want to talk about.” You can watch the clip below.

Question: Who is Lucille Ball?

According to the New York Times, the I Love Lucy legend “encouraged” Griffin to hire Trebek for the hosting gig. Talk about a job reference!

Answer: When this disappeared in 2001, 18 years into Trebek’s stint as Jeopardy! host, fans were shocked.

Question: What is Alex Trebek’s moustache?

Trebek shaved his trademark moustache for the first time in 2001, growing his facial hair back and shaving it again multiple times in the years since. In 2018, he grew a beard, prompting the social media hashtag #AlexTrebeard and a fan poll as to whether or not he should keep the facial hair. Fans voted for Trebek to keep the beard by an overwhelming 72.5 per cent, but the host still shaved it.

“Sorry to have to tell you folks, but voting is now closed,” he explained in a video posted to Jeopardy! social media accounts. “And we’ve determined that the winner is my wife, Jean. She voted for me to be clean-shaven and, so, that’s it.”

Answer: Trebek chased one of these down the hall of a hotel in 2011 while wearing only his underwear.

Question: What is a burglar?

As NBC Los Angeles reported in 2011, Trebek was sleeping in a San Francisco hotel room when “he woke up to sounds of a woman in his room, going through his things. He said he then got out of bed, put his underwear on, and chased the suspect down the hall.”

The story added that Trebek “snapped an Achilles tendon” in the chase, but that the burglar was eventually caught.

Answer: Jeopardy! contestants like Ken Jennings became famous for setting records for their winnings on the show. But Alex Trebek holds multiple records of his own, as host, including the Guinness World Record for this.

Question: What is the record for hosting the most episodes of the same game show?

Alex Trebek holds or shares three unique records as a game show host. To start, he set the Guinness World Record for hosting the most episodes of the same game show, surpassing The Price is Right’s Bob Barker in 2014 when he hosted his 6,829th episode of Jeopardy! According to the game show’s website, he was closing in on 8,000 episodes.

Twenty-three years earlier, however, in 1991, he notched another record as the only person to host three game shows at the same time. Already hosting Jeopardy! as well as the puzzle game Classic Concentration, he filled in as a replacement host on the NBC show To Tell the Truth.

And Trebek, who hosted several short-lived Canadian game shows early in his career, like Strategy (1969) and Pitfall (1981-1982), shares a third distinction as one of only four people to host a game show in both Canada and the United States. The others are Howie Mandel, Geoff Edwards and Jim Perry.

Alex Trebek Says His Treatment Is “Paying Off” in Latest Jeopardy! Update