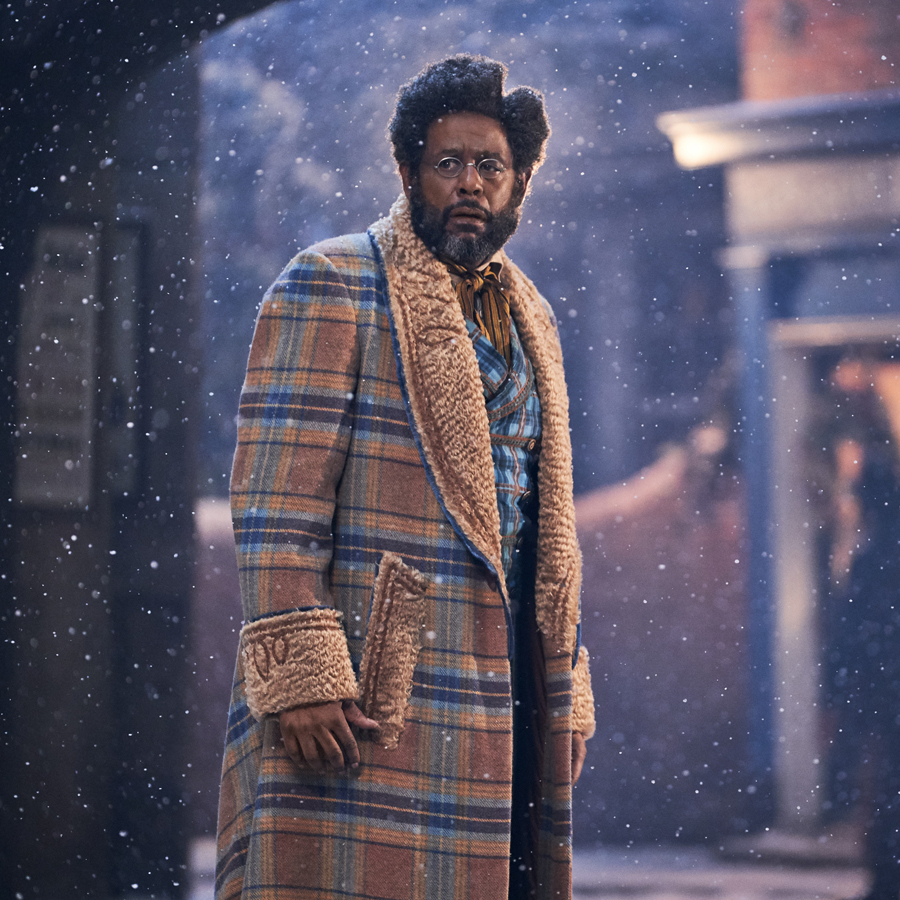 Forest Whitaker stars as a despondent toy inventor in the Netflix holiday musical 'Jingle Jangle' — a film that allows the actor to indulge his passion for singing. Photo: Gareth Gatrell/Netflix

Forest Whitaker has made a career of delivering celebrated performances, from his break-out in Bird (1988) to The Crying Game (1992), The Butler (2013) and The Last King of Scotland (2006), which earned him his Best Actor Oscar. But this time out, Whitaker, 59, is singing a new tune — literally.

In the new Netflix holiday musical, Jingle Jangle: A Christmas Journey, Whitaker stars as Jeronicus Jangle, a despondent inventor and toy maker who, with the help of his granddaughter (Madalen Mills, 11), attempts to rekindle his creative spirit.

The film boasts a diverse cast and uses various technologies — like CGI and stop-motion animation — to bring the magical world of holiday cheer and talking toys to life.

“I think this is probably one of the first [films] of its kind, of its scope, that embraces and tells a story of African-Americans or people of colour all existing in this mad universe we call life,” Whitaker says. “And seeing people up on screen with dignity, people from different backgrounds, from different cultures, from different races being treated with the proper respect and stuff, [then] it’s a statement about the way we need to live our lives too. And that we’re all searching and looking for the same things — quality of life and to find hopefully some moments of joy.”

Whitaker recently spoke with Zoomer via video chat about the film, his first major onscreen singing role and his own favourite holiday memories and more.

MIKE CRISOLAGO: With all the noise and bad news we’re bombarded with every day, it’s nice to have a movie like Jingle Jangle that’s just fun to watch.

FOREST WHITAKER: It’s a story about finding, in a way, joy again. And believing and having hope that it can come. I think this movie comes along … at a time when the world is really suffering and struggling, where we’re isolated and alone and feeling lost and scared and not knowing if we’re going to be able to reclaim our lives. And [the film] offers some amazing things.

MC: Of course, you trained as a singer early in your career but we’ve rarely ever seen you sing on screen. Was this like a coming home of sorts for you in that respect?

FW: Yeah. Originally, when I was thinking about acting, I was always thinking I’d be on stage probably doing musicals or something. Because, actually, the first couple of plays I ever did, they were musicals in high school. I had never taken an acting class until college. And then I got accepted into the voice program at USC’s (University of Southern California) conservatory. And then I left it all behind (to act). And I was actually kind of worried that I wasn’t going to be able to meet the challenge of doing a musical like this, where it’s from spoken word into song.

MC: Did that challenge help draw you to take this role?

FW: Yeah. I try to keep doing movies that continue to help me grow. I’ve sang in a movie before, but a regular song from a sermon, but never like where I just singing, like breaking into song while I’m talking to my daughter … I would love to get a chance to do it again, as long as I can overcome my fear. Like when I remember … something [with] Usher, and I was talking about, ‘Yeah, well, I sing a little,’ and I could see that look in his eye, like, ‘Uh huh.’ [Laughs] It’s like ‘Compared to you, you’re right.’

MC: In the film your co-star, Madalen Mills, who plays your granddaughter, is only 11 but she is absolutely incredible — both her acting and her singing.

MC: Your character in the film creates a lot of amazing toys and gadgets. In real life, are you a gadget guy?

FW: I’m a fan of it, I can’t say I’m the best user of it. I’ve been messing around with this [Apple] pencil I got. I have my phone, my iPad, my computer, and my Apple pencil that I’m trying to like get to work in the way I need it to. It’s going to decide on its own, I’m sure at some point, ‘I’m going to work for you.’

MC: What’s a favourite memory of yours as far as a gift you received for Christmas?

FW: It wasn’t a gadget. It was the first bike I ever got. When I was a little kid it was a red bike and my dad took me out on it outside and we were riding on the sidewalk. And all of a sudden I just realized that he had let go and I was actually riding my bike for the first time by myself. And that was kind of like a big toy and a big moment.

MC: Aside from singing and acting, you’re also a black belt in Kenpo Karate. What tips or advice can you offer us for staying healthy and active as we age?

FW: I’ve been told more and more to exercise. I think just keeping ourselves moving and keeping ourselves engaged physically in stuff is the cure for most things that we’re suffering with and struggling with. And then also, I think you have to recognize that you also [don’t] just give the body a shower, you also need to give the mind a shower too, like to clean it out. To give yourself time to think and to meditate and to visualize and allow yourself to just cleanse your system of all the noise that goes on around us.

Jingle Jangle is available to stream on Netflix beginning Nov. 13.

The Circle of Life: The Lion King and Sharing My Love of Broadway Musicals With My Granddaughter

Bryan Adams Does Broadway as Pretty Woman: The Musical Takes a Bow

Netflix Is Thriving in Social Isolation, But Will Its Success Continue Post-Coronavirus?