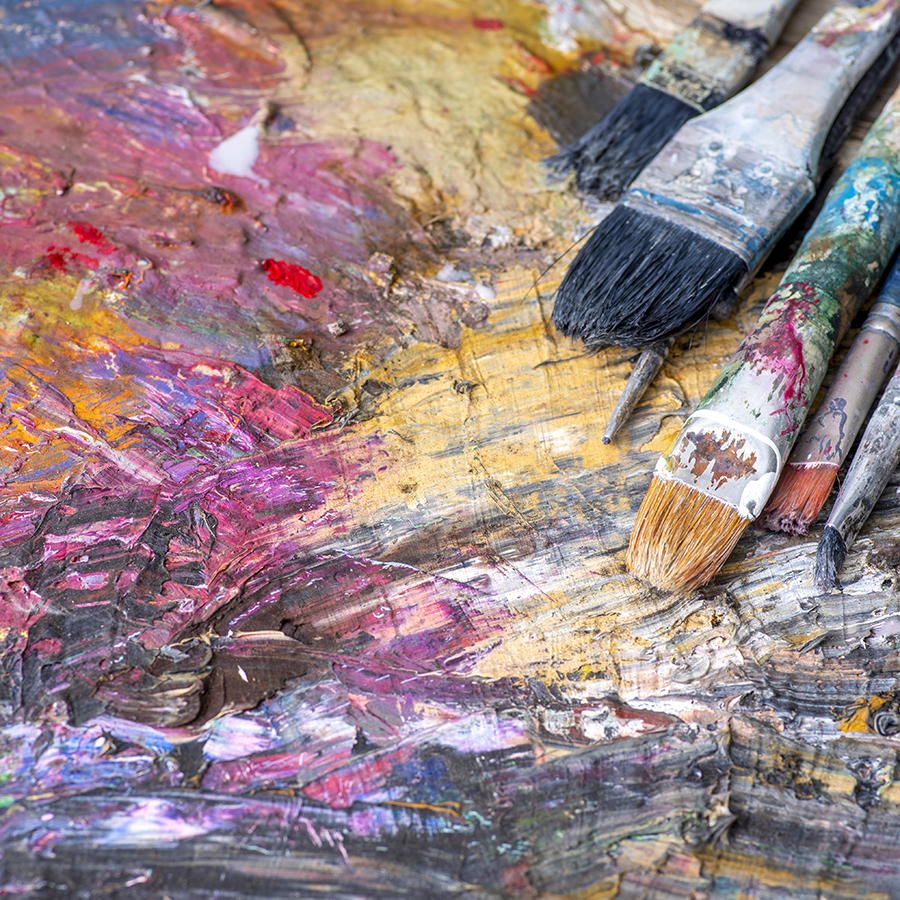 A Canadian painter is just now getting the recognitions she deserves for documenting the loss of life and destruction of The First World War in her works. Photo: boonchai wedmakawand/Getty Images

“I cannot talk, I can only paint.”

This is how Canadian battlefield painter Mary Riter Hamilton (1867-1954) summarized her urgent response to witnessing the large-scale destruction of the First World War.

The 51-year-old artist began painting the devastated regions of Northern France and Flanders in late April 1919 and continued until November 1921. During this period, she often rushed from one battlefield to the next to paint the scenes in oil before the war detritus was cleared or the dead were buried.

Hamilton first sought work with the Canadian War Memorials Fund in 1917, and again in 1918 as an official artist, but was rejected because she was a woman. After this, she embraced alternate means to gain permission and financial support for her expedition.

Fuelling her unprecedented expedition through the trenches of the Vimy Ridge, the Somme and the ruins of Ypres was her patriotic desire to create a memorial in paintings for her country.

My forthcoming book, I Can Only Paint: The Story of Battlefield Painter Mary Riter Hamilton, features her letters and the first exhaustive account of her vast, under-explored oeuvre and her powerful visual rhetoric as a battlefield artist.

As a witness of mass graves and human remains, Hamilton responded with a painting style that made viewers see and feel her deeply felt and ultimately traumatic encounters, rendered in vivid colours, spontaneous brushstrokes and tumultuous landscapes.

Hamilton transgressed the rules of both gender and art in her day. Hamilton first embraced her artistic vocation after her husband’s sudden death when she was 26.

In early 1919, she was commissioned by the war amputees club of British Columbia, who paid for Hamilton’s trip overseas, and likely for two shipments of her paintings back to Vancouver. The club reproduced her paintings in colour in their magazine but discontinued their support after one year. Hamilton continued while using up her personal resources and relying on sporadic support from a female patron in Victoria, B.C.

When Hamilton left Canada, she was at the height of a brilliant career, at that time much more recognized than painter Emily Carr.

Artists with the Canadian War Memorial Fund made brief sketching trips to battlefields and then prepared polished and monumental paintings in their London and Paris studios. As art historian Laura Brandon has shown, artists such as Arthur Lismer and Frederick Varley used photographs, which they combined with their own experience to compose war paintings as amalgamated scenes. The most famous of these Canadian War Memorial-commissioned paintings, Richard Jack’s The Second Battle of Ypres, reconstructed dramatic combat by using unrealistic 19th-century war art conventions, although the artist had visited the battlefield after the fight.

Hamilton, by contrast, transgressed official war painting norms to pioneer her own visceral style that blurred boundaries between documentary realism and aesthetic urgency. Many of her works exhibit a haunting blankness, recalling the missing soldiers. She also painted individual soldiers’ marked graves, as well as mass graves where entire regiments had perished. In so doing, she insisted on remembering and mourning each individual loss.

She painted on small canvases or pieces of plywood or paper while trekking through collapsing trenches and swamps en route to remote areas. Her work can be seen as a part of what political theorist Michal Givoni has identified as a 20th-century shift towards mobilizing acts of witnessing as a vocation by showing difficult truths in public.

Among the handful of women who painted the First World War, Hamilton stands out for the magnitude of her work, the length of her stay in the battlefields and her empathic esthetic achievements.

Today, we have witnessed disturbing images of mass graves during the COVID-19 pandemic in the same time that our society is reckoning with what it means to make ethical choices as we confront connections between systemic inequities, violence and historical trauma. How we think about and understand Hamilton’s courageous, determined and perilous engagement of mass death is more important than ever.

In Memorial for the Second Canadian Division in a Mine Crater Near Neuville St. Vaast (circa 1920) Hamilton visualizes the shocking decimation of an entire regiment with an alarmingly deep hole, whose cutaway view gives viewers a startling, open perspective.

Also concerned with survivors, she recorded scenes of reconstruction, as in Cloth Hall, Ypres – Market Day (1920). This showed grieving family members at a distance and depicted signs of hope and new life.

On her expedition, Hamilton overnighted in war-torn Nissen huts erected for military shelter and storage or other makeshift shelters. By 1920, her war studios included a bombed-out attic in Arras, France. She often ground her colours on the battlefield. She lived in extreme poverty, often starving and putting her life in danger.

Beginning in 1989, historian Angela Davis, with art historian Sarah McKinnon, curated exhibitions of Hamilton’s battlefield work, and scholars have begun to honour her legacy. In recent years, The War Amps produced a video about Hamilton.

For Remembrance Day this year, Canada Post has dedicated a stamp to Hamilton’s memory, featuring her 1919 painting Trenches on the Somme in which scarlet poppies grow along white chalk walls of the trench. The painting exhibits her trademark style, which often puts the viewer inside a trench.

Hamilton brought home more than 320 battlefield works painted in oil, or drawn in pencil, charcoal or pastel, along with etchings. She donated 227 to the Dominion Archives (today Library and Archives Canada).

In 1922, Hamilton was awarded one of France’s highest honours, the Ordre des Palmes académiques.

Hamilton’s life and legacy leaves us much to reflect on today. As an artist who embraced witnessing as a vocation, she broke barriers and insisted upon artistically rendering what she saw with candour. Her perception and embodied art practice also left a unique record of the physical and moral devastation of war, both in her art and in her own life.

As a woman artist travelling through battlefields, she experienced mobility, articulated a vision of empathy and contributed to a public record of the war. Yet how she engaged with her craft and what she saw took a toll on her health and ultimately curtailed her career as a painter. She suffered from post-traumatic stress and a major mental breakdown and other health problems following her expedition. War painting would mark her for life.

Hamilton summed up her achievement with understatement: “Yes, it was like living in a graveyard … but I felt this was a duty that someone must do, and I thought I would try to do it.”

“May We Never Forget” – Amidst the Battle Against COVID-19, Canadians Pause to Honour Fallen Troops