40 Years Later, Why the Death of John Lennon Still Resonates 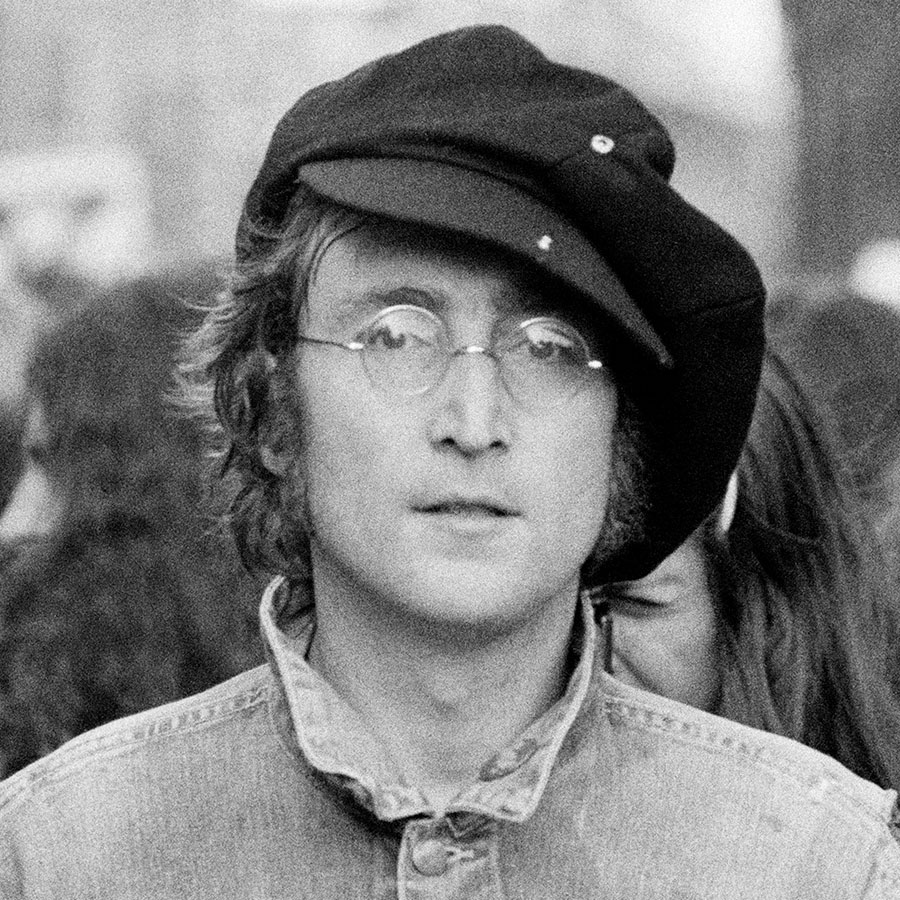 John Lennon seen here in in Hyde Park, London, in 1975, lived his life out loud — his thoughts and actions public in a way that was shocking in a pre-social media world. Photo: Rowland Scherman/Getty Images

The murder of John Lennon, on the evening of December 8, 1980, was an epochal moment. Much like the assassination of President John F. Kennedy in 1963, the explosion of the space shuttle Challenger in 1986 or the attacks on September 11, 2001, most will remember exactly where they were when they heard the news. (For the record, I was tucked up in bed in my small town in B.C, listening to KISM out of Bellingham, Washington, on a beat-up, hand-me-down radio when I learned what had happened outside Lennon’s home at the Dakota building in New York City.)

Part of it, of course, was because Lennon was a Beatle, a member of perhaps the most influential and popular band in history, not to mention an icon and an inspiration. But that is only a fraction of the story. For example, fellow Beatle George Harrison’s death in 2001, while painful, didn’t cause the same scale of widespread psychological scarring.

And it wasn’t just because of the manner of Lennon’s death. Murder is always tragic, always stunning, especially at the hands of a disturbed fan, but I think we have largely come to terms with the means of Lennon’s passing.

It wasn’t, in the end, Lennon’s death that has echoed through the decades, but the sharp sense of just what — and who — we lost.

While Harrison was always thought of as “the quiet Beatle,” and lived a comparatively private life as a solo artist, Lennon lived his life out loud — his thoughts and actions public in a way that was shocking in a pre-social media world. Despite his celebrity, Lennon seemed human, and knowable, creating an intimate bond with the public, for good or ill (it was this connection, and a twisting of it, that was one of the root causes of his murder).

While charming, witty and funny, he was also always outspoken, always frank. His 1966 comment that the Beatles were “more popular than Jesus” might have caused an outcry among American religious observers, but it’s hard to argue that he was wrong. Meanwhile, his post-Beatles recordings were almost painfully revealing.

His solo studio debut album, Plastic Ono Band, was recorded in the wake of Lennon’s work in primal scream therapy, and revealed a man struggling with his past, his demons and the costs of his success. Coming from a Beatle, it was a revelation. The title track of his next studio album, “Imagine,” became regarded as Lennon’s signature solo song. True to form, however, Lennon repudiated its acceptance and success, saying that it was “an anti-religious, anti-nationalistic, anti-conventional, anti-capitalistic song, but because it’s sugar-coated, it’s accepted.” (One can only imagine his response to the mawkish celebrity sing-along version released in the early weeks of the pandemic this spring.) His last single, “(Just Like) Starting Over,” was a plainspoken, adult love song to his wife, the artist Yoko Ono, while “Beautiful Boy (Darling Boy),” also from the same Double Fantasy album, released mere weeks before his murder, is a rare, beautifully intimate expression of fatherly love.

His view of “Imagine,” however, was firmly in line with how Lennon saw his life and his work. A lifelong opponent of racism, he and The Beatles refused to perform for segregated audiences in the American south. And after the John and Yoko courtship began, Ono suffered a particularly personal — and vicious — level of racism (and misogyny), with many fans blaming her, and their relationship, for the break-up of the Beatles in 1970.

As she recounted during a 2010 CNN interview with Anderson Cooper, “I think I was used as a scapegoat, and it’s a very easy scapegoat, a Japanese woman … Sexism, racism, but also just remember that the United States and Britain were fighting with Japan in World War II.”

And in an archival interview posted by the John Lennon Twitter account earlier this fall, Lennon says, “Racism is a hard thing for whites to understand. It takes a lot to open your eyes, but I see it now because I’m married to a Japanese [woman].”

Lennon and Ono were also figureheads of the anti-war movement of the late 1960s; their Bed-Ins in Amsterdam and Montreal gave a surreal, artistic zing to the movement and left behind the oddly timeless tunes “Give Peace a Chance” (recorded in the couple’s Montreal hotel room) and “Happy Christmas (War is Over)”. That peace work led to Lennon being investigated by the FBI and threatened with deportation from his adopted home in the United States. And in 1975, he walked away from everything, taking a hiatus from the music industry to become a “househusband” at the Dakota to help raise his son Sean. He had only been back in the music business for two months when he was murdered.

Lennon was uncomfortable with the idea of being an icon (a theme which runs through Plastic Ono Band) and would have actively resisted any sort of post-mortem hagiography, recognizing himself how flawed a man he was. He admitted to violent events in his past, including the battery of his first wife Cynthia, in a 1980 interview with Playboy magazine, linking his internal violence to his work for peace and saying, “I am a violent man who has learned not to be violent and regrets his violence. I will have to be a lot older before I can face in public how I treated women as a youngster.” He was emotionally distant from his first son, Julian (in fact, the Beatles’ “Hey Jude” was Paul McCartney’s attempt to comfort his bandmate’s child). He was repeatedly unfaithful to Ono, including decamping to Los Angeles in 1973 for two years of drinking, debauchery and infidelity, a period referred to as his “lost weekend.”

These are, of course, deeply troubling issues. His willingness to at least try to address them, and his public acknowledgement of them, however, underscores that sense of accessibility. You could argue that it was the behavioural manifestation of this accessibility — his known habit of stopping to talk to fans outside the Dakota — that allowed for his murder. In fact, he signed a copy of Double Fantasy for his killer in front of the Dakota mere hours before he was shot and murdered there later that night. He was, in the end, just a man, doing his best to change himself in ways he knew he needed to change, while trying to leave a positive mark on the world.

What makes his murder so tragic, though, the loss so lingering, is a simple fact: Lennon was only forty years old when he was killed. Not only was he continuing to do the work to better himself and the world, but he was at the very beginning of a second act. The single from he and Ono’s album Double Fantasy, “(Just Like) Starting Over,” was on the charts. After five years of seclusion, Lennon was back.

It was not to be, though.

As F. Scott Fitzgerald wrote, “there are no second acts in American lives.”

It is the loss of that second act that hurts the most. Lennon had done so much in so little time: what would the next forty years have held for him?

That’s the question which, today, is almost enough to bring me to tears.

Shine on, John. Shine on.

75 Facts About John Lennon On the Anniversary of His Death