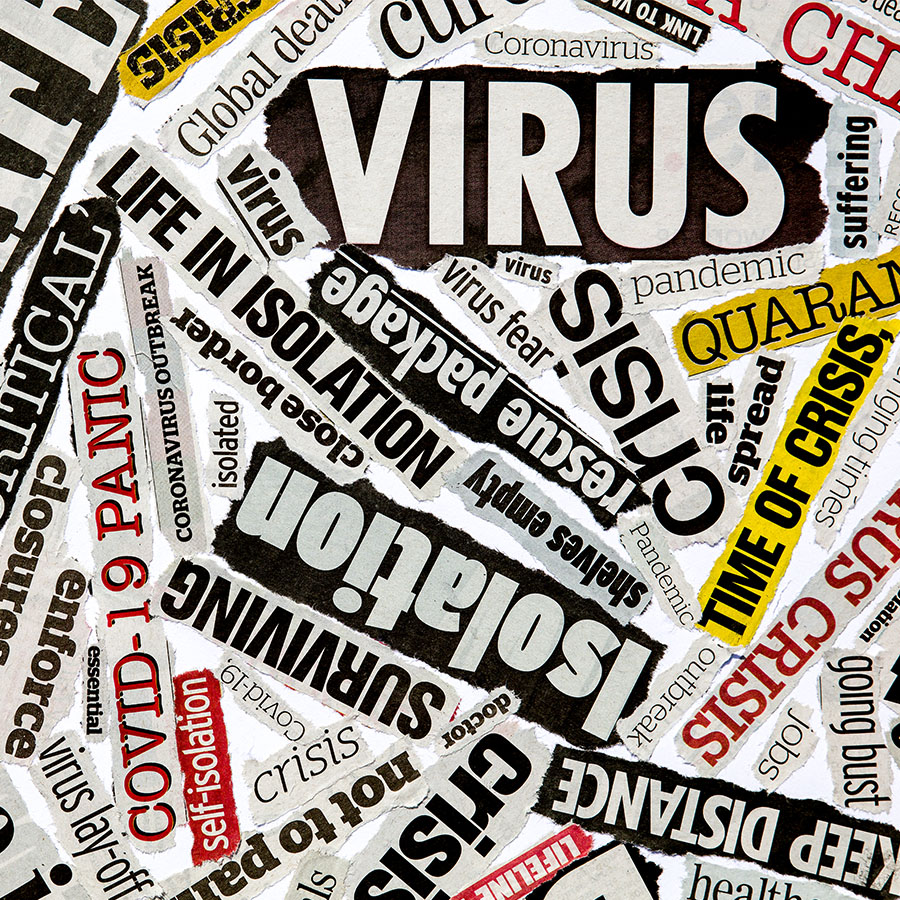 From the latest updates from medical and government officials on our health and safety to the economy and our personal finances, our editors and contributors covered pandemic news as it affected Canadians from coast to coast.Photo: Seam Gladwell/Getty Images

Given such a turbulent year, it’s no surprise to see how many Zoomer readers tapped into our extensive reporting on the global pandemic and its impact on our health, finances and just about everything else in our lives. But throughout the crisis, readers also sought out stories to inspire and uplift them as well as provide much needed diversion. Here, we look back at some of our most-read stories of 2020.

From the latest updates from medical and government officials on our health and safety to the economy and our personal finances, our editors and contributors covered pandemic news as it affected Canadians from coast to coast. When we learned of COVID’s deadly invasion of seniors’ homes, Zoomer’s investigative contributor Alex Roslin dug deep into what was happening – and won the 2020 Dave Greber Freelance Writers Award for Social Injustice for his incisive story “Canada’s Hidden Shame” in our July/August issue. We also took inspiration from everyday heroes, including super centenarians who beat the virus.

There’s a valid argument that we don’t need another “Hallelujah” cover. The Leonard Cohen classic has, of course, been reimagined and rerecorded by hundreds of performers in the decades since its 1984 release and, at this point, it’s difficult to imagine anyone bringing anything new to the tune. Enter the legendary 62-year-old Italian tenor, Andrea Bocelli.

The fact that the beloved Canadian actress who won an Emmy this year for her portrayal of matriarch Moira Rose on the hit Canuck comedy series Schitt’s Creek is the same woman who played another iconic character in the first two Home Alone movies apparently came as a shock to many fans.

4. Striking Short Silver Haircuts to Amp Up Your Over-60 Style With the dawn of a new year, many of us are looking to hit the refresh button and what better way than a new hairstyle? This past January, we featured seven older women, from Kathy Bates to Jamie Lee Curtis to Helen Mirren, who have embraced their grey and avoided dated looks with short, sharp hairstyles.

Dame Angela Lansbury has entertained audiences for seven decades on stage and screen, including a 12-year stint on Murder, She Wrote. So in honour of her 95th birthday this past October, we dug up some lesser-known facts about the entertainment legend.

6. Olivia de Havilland Dies at 104: 7 Things You May Not Know About the Legendary Actress

Olivia de Havilland, one of the last film stars from the Golden Age of Hollywood and the longest living cast member of Gone With the Wind, died this past July at her home in Paris, France, just weeks after celebrating her 104th birthday. Here, we look back at her storied career in film.

Tina Turner may be retired, but she never stops rocking. Case in point: this past July, in the midst of the global pandemic, the Queen of Rock ‘n’ Roll released a remixed version of her 1984 hit “What’s Love Got to Do With It” with DJ Kygo to the joy of fans around the world.

In May, Prime Minister Justin Trudeau’s Liberal government announced its long-awaited relief plan to help seniors make it through the COVID-19 crisis – leaving many to wonder if the measures went far enough to meet the needs of older Canadians.

9. Foods to Nourish Your Eyes

They say the eyes have to eat, too, and that may be truer than you think. An overall healthy diet can help ward off many age-related eye conditions, including cataracts and glaucoma. In March, for World Glaucoma Week, we rounded up some specific — and tasty — foods that have particular properties that can nourish your eyes.

10. The 10 Best Health and Wellness Books of the Last Decade In January, as a new year opened a new decade, we rounded up a bounty of must-reads over the past 10 years that have changed the way we think about wellness. It isn’t just about extending lifespan but health span, too —which means taking care of mind, body and spirit.

11. How to Take the Sting Out of Tax Season

Filling out your tax forms is almost always a headache-inducing experience, so we turned to an expert for advice geared toward older Canadians.

12. Three Basic Self-Care Tips to Practise During the Pandemic (And Afterward)

During these uncertain and stressful times, it’s more important than ever to practise self-care. Here are three pearls of healthy wisdom, which we believe can help now during this time of uncertainty and also when we all return to normal. Brigitte Macron, now 67, the wife of French President Emmanuel Macron, has long been known for her elegant and effortless style. Earlier this year, we compared her fashion choices with other leading ladies to decipher what makes her look so on point. (Spoiler alert: Macron breaks all the old rules of what not to wear as you age.)

14. 7 Tips for Better Sleep During the Pandemic

Unable to escape the stress of COVID-19 even during sleep, our writer thought she might not be alone – so she went looking for help.

Long before he packed venues around the world as one of the most celebrated singer-songwriters of his generation, James Taylor spent nine months in a psychiatric hospital receiving treatment for depression when he was 18. Here, the rock legend talks about his depression (which he still struggles with) while acknowledging the difficulty of discussing mental illness, particularly for older generations.

It didn’t take long for social media to put an ugly spin on the coronavirus crisis when the hashtags #boomerdoomer and #boomerremover began trending on social media, an unnerving indication of the distorted view some young people have toward the disease.

Here, we chat with Canadian actor Yannick Bisson, who plays the titular sleuth in the hit Canuck TV series Murdoch Mysteries as the show reaches the 200-episode mark, only the second Canadian scripted drama ever to do so.

18. Prince William and Kate Share a Never-Seen-Before Family Photo on Their Christmas Card

Royal watchers were in for a festive treat when a new holiday card, featuring a new photo of Prince William, Duchess Kate and their three adorable children — Prince George, 7, Princess Charlotte, 5, and Prince Louis, 2 — made the rounds on social media.

19. Plant-Based Diet: Please Your Palate With These Warming Soups

Adding more plants to your diet equals more vitality. We’re not suggesting you give up your carnivore cravings, but making plants the main attraction on your plate is definitely a good thing for you – from cancer-fighting cruciferous veggies to brain-boosting fruits like blueberries.

20. How Baby Boomers Can Purge a Lifetime of Possessions

A purge of your own or a loved one’s belongings can take many forms, from professional estate sales to downsizing parties where the guests take an item with them when they leave.

The Anti-Racism Movement: Was 2020 the Year of The Great Awakening?