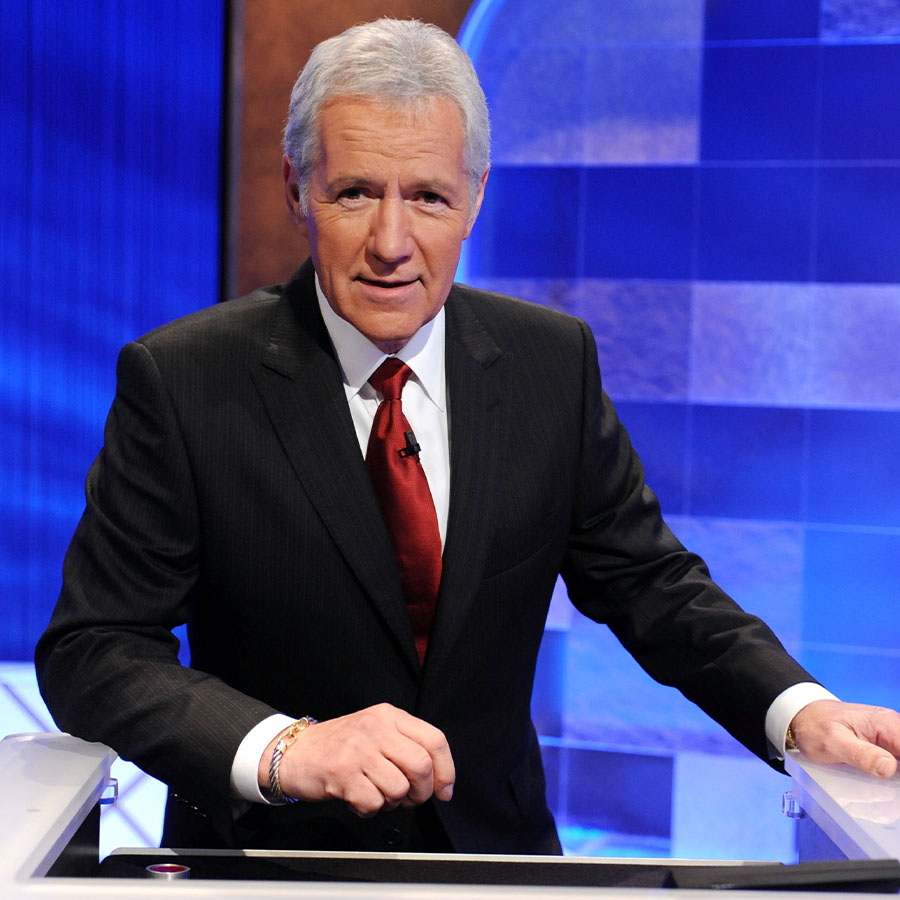 Fans are set to watch Alex Trebek's final Jeopardy! episode, which will conclude with a tribute to the beloved Canadian host on Friday. Photo: Amanda Edwards/Getty Images

Jeopardy! fans getting set to buzz in for one final time with Alex Trebek at the lectern received a moving message from their beloved host ahead of his final episode airing on Friday.

On Thursday, the Canadian Academy shared a never-heard-before acceptance speech from the long-time host, which was scheduled to be broadcast live at the Canadian Screen Awards on March 29, 2020.

Trebek was to receive the Academy Icon Award “for his exceptional ongoing contribution to the media industry” but, with the ceremony cancelled due to COVID-19, the speech never aired.

In the pre-recorded video message, the Jeopardy! host likens the award to “being honoured as sort of a goodwill ambassador” before humbly shifting the focus from himself to his admiration for Canadian culture.

“You host a popular show for 36 years, you get to be known, you get to be liked. Maybe people think you’re a nice guy. They know you’re Canadian — ergo, Canadians are nice people, and the country must be a special place. Well, it is! And not just because we’re nice.

“It’s a special place because we are a country of accomplishments,” Trebek explains, adding, “We do it bilingually.”

The Canadian host, who was raised in a bilingual English-French household in Sudbury, Ont., then switches to French to highlight the accomplishments of Quebec and Francophone culture.

“For more than 50 years, I have tried to convey the message that francophone culture is something very important, very special — not only for the province of Quebec but for our entire country,” Trebek said in French.

“[Canada] has expanded that welcome to go beyond the level of tolerance to one that I believe is even better. I think the essence of Canada now is acceptance. And long may it continue.”

Circling back to his award, Trebek manages to emphasize the pride he has in his country and his fellow Canadians one last time.

“Let me say that I accept this with gratitude, humility and pride, pride in all the work you folks are doing on a daily basis to help maintain Canada’s stature in the world.”

The newly released acceptance speech adds to an already emotional week for Jeopardy! fans who have tuned in all week to bid a final farewell to Trebek, who filmed his final episodes just 10 days before passing away from pancreatic cancer at the age of 80 on Nov. 8.

His final five episodes this week have had their share of moving messages, including a plea from the host during Monday’s introduction to support those affected by COVID-19.

“You’ll recall that about a month ago I asked all of you to take a moment to give thanks for all the blessings you enjoy in your lives,” explained Trebek during his introduction. “Now, today, a different kind of message: this is the season of giving. I know you want to be generous with your family, your friends, your loved ones, but today I’d like you to go one step further. I’d like you to open up your hands and open your heart to those who are still suffering because of COVID-19. People who are suffering through no fault of their own. We’re trying to build a gentler, kinder society, and if we all pitch in just a little bit, we’re going to get there.”

The final episode, on Friday, will conclude with a tribute to the longtime and beloved host.

“What Is, I Was Wrong, Alex?” A Lifelong Jeopardy! Fan Recalls Show’s Early Days