‘All in the Family’ Turns 50: Celebrating the Timeless Legacy of the Pioneering Sitcom 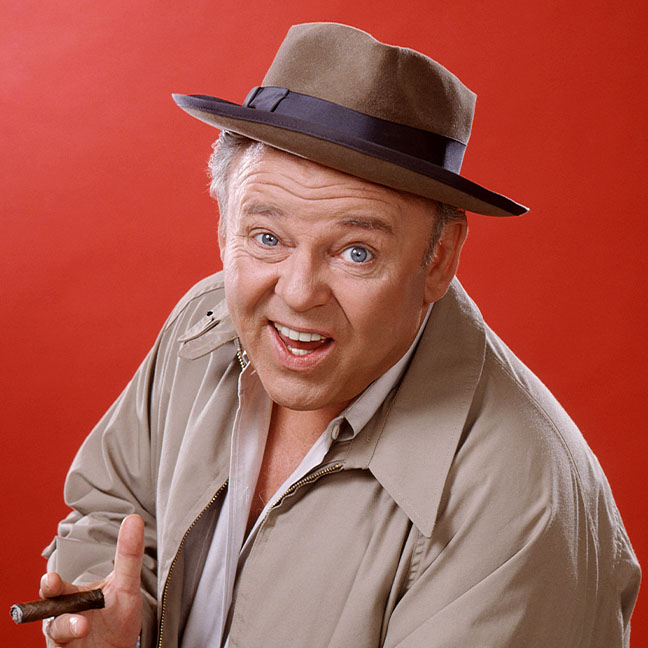 In a season four episode of All in the Family that first aired in November 1973, bigoted patriarch Archie Bunker (Carroll O’Connor) finds himself locked in the basement of his home while attempting to fix the pilot light on his furnace. With the rest of his family away for the weekend, Archie is trapped with nothing but piles of old furniture, a bottle of vodka and a tape recorder.

Archie proceeds to get drunk and then, upon convincing himself that he might die in the basement, begins recording his will on the tape recorder. When the oil man (Juan DeCarlos) arrives and begins communicating through the basement door, Archie thinks it’s the voice of God. The ensuing look on Archie’s face when he sees the figure he thinks is God is Black results in one of the greatest comedic moments of the series. Archie slowly gets down on his knees before the oil man and says, “Forgive me Lord, the Jefferson’s were right.”

It’s one of the most memorable episodes of the series, which premiered 50 years ago today — January 12, 1971 — on CBS. And a half-century later, All in the Family remains one of the most revered American television shows in history, landing in the Top 10 of numerous “best TV shows of all time” lists over the years.

The pioneering sitcom marked a number of notable television milestones. Sammy Davis Jr., for example, famously appeared as himself in a 1972 episode called “Sammy’s Visit.” The now-legendary conclusion to the episode, in which Davis kisses Archie on the cheek, is purported to have resulted in TV’s longest ever sustained burst of laughter. The episode also landed at number 13 on TV Guide’s list of top 100 episodes of television.

Meanwhile, All in the Family is also the first American comedy series shot on videotape and, thus, the first videotaped in front of a live studio audience (others were shot on film). The first time audiences ever heard a toilet flush on TV occurred in a 1971 episode, while All in the Family itself has spun off more shows — directly or indirectly — than any other TV series. The seven spinoffs include: Maude, Good Times, The Jeffersons, Archie Bunker’s Place, Checking In, Gloria and 704 Hauser.

But more than the accolades or the laughs, All in the Family was the first American sitcom to truly reflect the reality of a socially and politically polarized country, warts and all.

All in the Family: Not Your Average Sitcom

Far from the wholesome, idealistic depictions of American life in sitcoms like Leave It to Beaver or The Andy Griffith Show, the Bunker family lived in an outdated, modest home in Queens, N.Y. Archie — a loading dock foreman — worked a second job as a cab driver to help make ends meet and, when at home, he’d park himself in his raggedy armchair and hurl insults at his own family members — “Dingbat” to Edith and “Meathead” to Mike.

“The dilapidated aesthetic [of the home] mirrored Archie’s character traits; he was retrograde, incapable of dealing with the modern world, a simpleton left behind by the social upheavals of the 1960s and 1970s, a pathetically displaced ‘historical loser,’” journalist and historian Sascha Cohen wrote for Smithsonian magazine. “Archie was relatable to audience members who felt stuck in dead end jobs with little hope of upward mobility, and who were similarly bewildered by the new rules of political correctness. To these white conservative viewers, he represented something of a folk hero.”

The show drew 50 million viewers a week at one point, and the core concept of the show remains just as relatable today, a testament to the old axiom that, “The more things change…”

For example, the show’s famed theme song, “Those Were the Days,” featured lyrics that extol the virtues of a bygone era “when girls were girls and men were men,” you “didn’t need no welfare states” and, most tellingly, when “guys like us, we had it made” (read: white guys like us had it made). It could have been the theme for the “Make America Great Again” movement.

Archie himself was a middle-class white man who grew up with traditional values, fought in the Second World War and expected the world to work for him in the way it worked for his father and his grandfather before him — with himself at the top of the social food chain.

But society in the 1970s, like today, was undergoing seismic social and cultural shifts. Civil Rights, the feminist movement and gay rights, just to name a few, were at the fore. Suddenly, the country didn’t completely revolve around the opinions and preferences of middle-class white men from Queens. In fact, progress didn’t really care what the Archie Bunkers of the world thought.

Transplant that idea to today. The MAGA movement is fuelled by anger over the perceived idea that a society in which, as Archie might say, “Guys like us had it made,” is being stolen from them. And it’s led by a man who not only openly embraces racism and bigotry, but has made them cornerstone tenets of the movement.

“Archie Bunker’s in the White House,” Rob Reiner, referring to President Donald Trump, told the Zoomer podcast Ages & Icons in 2018. “He’s sitting right there in the White House. He’s a guy from Queens, he’s ignorant, not particularly intelligent — except about selling himself. He’s very good at that. But he certainly doesn’t understand how the world works or how politics work or how government works. And he’s a bigot — he’s a racist. So, I mean, it’s very difficult when Archie Bunker gets elevated to become President of the United States. Very tough for the Mike Stivics of the world to battle that.”

Whether Archie Bunker would have cheered on the Trump supporters as they undertook a deadly domestic terrorist attack on the U.S. Capitol building last week is difficult to say. But there’s no doubt that an ideological bond exists across the generations.

That said, the idea that All in the Family encouraged the spread of racist and bigoted ideals by making Archie Bunker the centre of the show — and, in effect, its “hero” — remains unfounded.

According to a story in Salon, “historians have concluded there was no ‘silent majority’ of racists cheering on Archie Bunker. Rather, for most viewers in the U.S., the show furthered racial tolerance.”

In fact, the publication notes that more than 20 studies conducted throughout the series run concluded that the show’s audience could be broken down into at least three distinct groups — a small percentage that identified with Archie’s racist worldview, a larger percentage that was progressive and, thus, enjoyed laughing at him, and, “the middling majority, [which] was key to the program’s overall impact on racial relations. These were the viewers whose attitudes were in flux, and who were ready to learn from racial satire.”

The story concluded that the show, “while being unable to challenge a small faction of true bigots, accelerated the ongoing decline of racial prejudice in society by slightly shifting attitudes in the mid-dogmatic majority of viewers.”

That’s, in part, because while the show revolves largely around Archie’s backward mindset, All in the Family is an incredibly progressive show.

For one, Archie was routinely called out for his racial prejudices and made to look a fool for harbouring them. And when it comes to the show’s feminist leanings, Vanity Fair cited a 1971 episode titled “Gloria Discovers Women’s Lib,” notes that, “it’s striking how, beneath the sentimentality and the rotely conceived (but expertly crafted) sitcom humour, there’s a lot of challenging if not outright radical thinking behind its episodes. That goes for its sexual politics, maybe especially so.”

Vulture, meanwhile, recounts a 1971 episode that presented the first gay character on a network sitcom — a man who contradicts all of Archie’s stereotypes of what a gay man was. In fact, the character, described as Archie’s “macho, pro-football, strike-opposing, archery-and-photography aficionado bachelor friend” even beats him in an arm-wrestling contest. Vulture concludes that the episode’s “frank portrayals of the rhetoric of bigotry and its probing of the category of gay identity encourage conversations that extend outside of the episode.”

And a 1975 episode of the series introduced Beverly La Salle, who The Huffington Post called “an empowered drag character.” Writer Matt Baume — whose work focuses in part on queer culture — told the publication that, “While drag was common in live venues in the 1970s, it was pretty rare on television. That’s what makes Beverly LaSalle on All in the Family such a trailblazer ― at a time when TV treated drag performers as deranged psychopaths and literal punch lines, she was probably the first to be afforded dignity, love and respect.”

So how relevant does All in the Family remain, 50 years after it’s premiere?

In 2019, ABC restaged the show for Live in Front of a Studio Audience: Norman Lear’s All in the Family and The Jeffersons — which presented an original episode of the series featuring Woody Harrelson and Marisa Tomei in the Archie and Edith roles.

Of the re-staging of the show, Lear, then 96, told Deadline that, “nothing (in the script) has been changed, and I can’t believe how relevant it is to this moment.”

Whether the show’s ongoing relevancy is an example of All in the Family’s timelessness, or an indictment of our inability as humans to reconcile the same social and political divides over the course of multiple decades, is debatable. Perhaps it’s both.

But what All in the Family also showed us is that people like the Bunker family, who individually harbour passionately opposing views, can live under the same roof and, on the odd occasion, even find common ground. At the very least, they prove that it’s possible to learn to co-exist in relative harmony — give or take the odd “Meathead!” being shouted from the living room.

After all, as Sammy Davis Jr. explained to Archie before planting a smooch on his cheek, “If you were prejudiced you’d go around thinking that you’re better than anyone else in the world, Archie. But having spent this wonderful afternoon with you, I can honestly say you’ve proven to me that you ain’t better than anybody.”

You Can’t Go Home Again: All in The Family and The Jeffersons in the 21st Century

Jean Stapleton, Star of All in the Family Passes Away