What’s a ‘Sex and the City’ Reboot Without Kim Cattrall’s Samantha Jones? 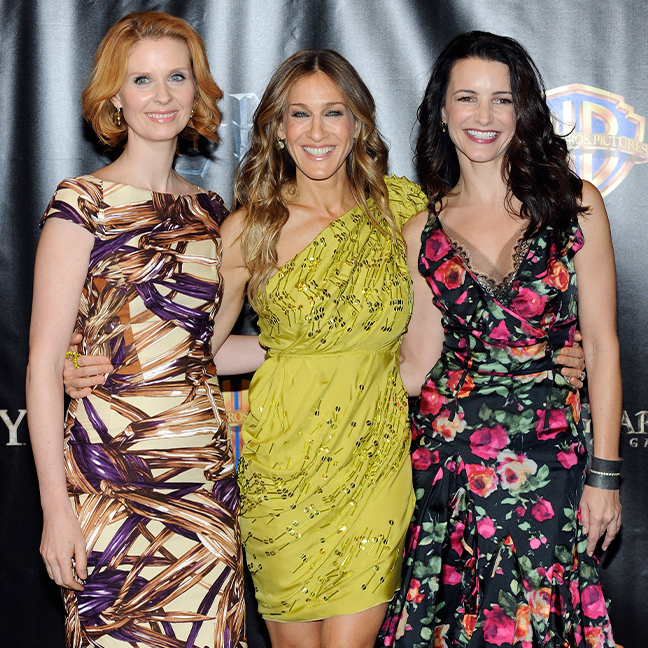 'Sex and the City' stars Cynthia Nixon, Sarah Jessica Parker and Kristin Davis pose together in 2010 in Las Vegas. The show's upcoming reboot has a tall task ahead of it as it tackles life in their 50s without Kim Cattrall as Samantha Jones. Photo: Ethan Miller/Getty Images

On January 10th, Sarah Jessica Parker, Cynthia Nixon and Kristin Davis took to social media to announce the sequel to the TV series that made them cultural icons. Coming two decades and a couple of middling, big-screen adaptations after the original Sex and the City aired, the teaser for the daintily titled, And Just Like That ended with the familiar keystrokes of Parker’s Carrie Bradshaw as she typed out, “the story continues.”

But as it turns out, the 10-episode Sex and the City half-hour revival series that begins shooting in spring 2021 doesn’t continue the story for the entire cast. Its most audacious character, Kim Cattrall’s Samantha Jones, isn’t returning for the reboot.

Because Sam rivals Carrie as the show’s favourite character, many fans greeted the announcement with disappointment, scattering social media posts with heartbreak and cry-face emojis. “If there’s no Samantha, why bother?” one fan tweeted. Another added, “Please do the new SATC Kim! We want to see you as Samantha again. It won’t be the same without you.”

While the Canadian Cattrall, 64, has, thus far, remained silent on the revival, in the past she’s made her aversion to further involvement with the franchise crystal clear. Remarking to The Guardian in 2018: “I don’t want to be in a situation for even an hour where I’m not enjoying myself. I want to choose who I spend time with personally and professionally.”

Meanwhile, Parker, 55, forced to deny that she “dislikes” Cattrall, deployed her standard ‘kill it with kindness’ approach, commiserating with everyone who’d “miss” Samantha in the new sequel: “We will too. We loved her so. X.”

Longtime followers are familiar with this long-simmering feud, one that resulted in Cattrall sitting apart from the others for on-set lunches and, more conspicuously, the 2004 Emmy Awards. It’s a frost rooted in Cattrall’s displeasure that Parker was paid more, which led to the initial series’ 2004 demise.

“After six years it was time for all of us to participate in the financial windfall,” Cattrall said to the media at the time. “When they didn’t seem keen on that, I thought it was time to move on.” Later, the actress’s refusal to join the cast for Sex and the City 3 (“… after the second movie, I’d had enough.”) kiboshed the project and ended the movie franchise.

For And Just Like That, the cash issues resolved with each of the three remaining leads pocketing the same $1 million per episode, so one wonders if it might be the show itself that gets shortchanged in its latest incarnation.

Women loved Sex and the City for reflecting their experience in an era — which boasted series’ like The Wire, The Sopranos, The Office, Mad Men — where female-driven shows were in short supply. Ostensibly about a glittering Manolo-clad Manhattan, beneath the glamour and Cosmos, SATC was the rare series that revolved around complex female characters, with the men cast as their two-dimensional foils. With her broad-minded attitude towards sex, Samantha Jones was the protagonist who pushed society’s boundaries most. While many women related to Carrie’s obsession with expensive shoes and emotionally unavailable men, Charlotte’s rich housewife fantasies, or Miranda juggling work and a kid while dating a string of losers, it was Samantha who inspired them to reject tired sexual mores. She treated double standards with as much respect as a one-night stand, handling men as they often handled women, as mere playthings. Samantha emboldened women to view sex as a guilt-free pleasure — transformative thinking for the vast majority steeped in traditional “values” regarding female sexuality.

It’s Sam Jones, confronting men and menopause with signature aplomb, whose storyline might be the most intriguing and unpredictable to follow up with in this new series. If I had to guess, I’d predict that Charlotte is still happily married to her mensch while Miranda and Carrie reflect the nation’s 50 per cent divorce rate. The wild card is Sam, who we last saw as a breast cancer survivor kissing off her handsome, much younger beau with, “I love you, but I love me more.” Who replaces that Shero?

Still, with the ladies in their 50s for this outing, it’s remarkable to note that Parker and Davis, at 55, and Nixon, at 54, are all older than Rue McClanahan was when she, at age 51, began her role as ‘Blanche’ on an ‘80s show we recall as being about four old women who, divorced and widowed, live together in then-geriatric Miami.

By contrast, And Just Like That can only offer viewers the very opposite take, a point of view that underscores how much our attitudes have changed — for the better— over the last 30 years. Ideally, the two series’ will bookend one another — the former, a blithe reassessment of conventional feminine tropes, and the latter, a confident revision of culture’s shifting perspective on older women.

As Samantha Jones once put it to a shopgirl who deemed her too old for a hot look: “I am fifty f*cking two and I will rock this dress!”

Candace Bushnell on Dating, #MeToo and Her Book “Is There Still Sex in the City?”