36 Years After His Own Hosting Gig Was Cancelled, Eugene Levy’s Journey to ‘SNL’ Comes Full Circle With Son Dan Levy 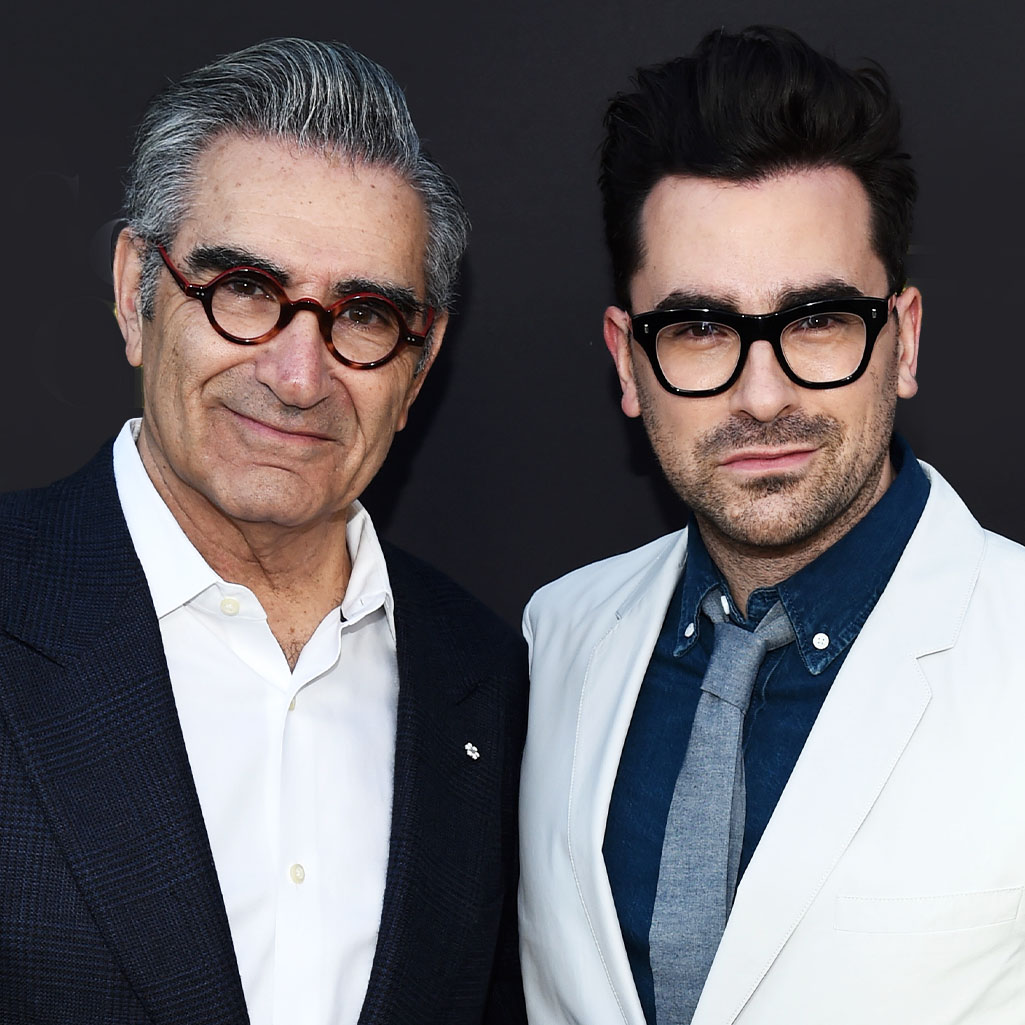 This past weekend Eugene Levy appeared on ‘Saturday Night Live’ alongside his son, Dan Levy, who hosted the show. The elder Levy was originally slated to host 'SNL' with John Candy 36 years ago, but the episode was cancelled due to a writer’s strike. Photo: Amanda Edwards/Getty Images

In 2015, Canuck comedy great Eugene Levy spoke to Zoomer about his time on the hit sketch show SCTV and the difference between that experience and working on Saturday Night Live.

“Saturday Night Live, they started out, they were in New York, and they had New York City at their feet. And we [on SCTV] went to work and then went home for dinner. Just as exciting in its own right … There’s something very kind of Canadian about it, which is just do your work and then go home and, you know, shut up about it. Don’t make a big deal.”

Oh, how times have changed.

This past weekend, Eugene Levy’s son Dan Levy hosted Saturday Night Live for the first time, and fans across Canada — and the world — certainly made a big deal about it. The younger Levy’s hosting gig wasn’t just special for fans of Schitt’s Creek — which wracked up a number of Emmy and Screen Actor’s Guild nominations this past week for its final season — but it’s also a full-circle moment for the elder Levy.

The 74-year-old actor was actually slated to host SNL in March 1985 with fellow SCTV alum John Candy. They even filmed a promo for it, in which they ask Billy Crystal “Who’s the host next week?” Unfortunately, a writer’s strike cancelled the episode, and neither Levy nor Candy ever got a another chance to host the show. SNL, as a result, worked footage from that 1985 promo into their promotion for Dan Levy’s episode, which you can watch below.

But far from sitting on the sidelines, Eugene Levy got involved on this past weekend’s show, appearing during the monologue as his son gave viewers a backstage tour. For the cameo, the comedian was confined to a glass box, joking that he’d flown in to support his son but was forced to isolate as a result of the travel. You can see the moment the Levy’s share the SNL screen together at the five-minute mark of the monologue below.

And of course, ever the supportive father, Levy melted hearts when he was filmed backstage cheering on Dan during his SNL introduction.

Meanwhile, Dan Levy’s mom, 61-year-old screenwriter and producer Deborah Divine, is also known to publicly share pride in her son’s accomplishments over the years. So, on the morning of his SNL hosting gig, she tweeted a message to Dan’s childhood bullies, which went viral.

“This goes out to the bully punks at Camp WTF who made life miserable for a certain cabin-mate back in the summer of ‘96 – just because he was different,” she wrote. “Well, after all these years I have just 7 words to say to you: ‘Live from New York, it’s Saturday Night!’”

Dan retweeted it, adding the loving caption “Moms” with a heart emoji.

Even the Canadian Prime Minister tweeted his support on Sunday, thanking Levy “for making the whole country shine last night.”

And while the Levy’s were the first Canadians to dominate the pop culture landscape this past weekend, they weren’t the last. On Sunday, Canuck rapper The Weeknd rocked the Super Bowl halftime show — a performance that got praise with fans, from Dionne Warwick to Canadian Prime Minister Justin Trudeau.

2021 SAG Award Nominations: Chadwick Boseman Makes History as Schitt’s Creek and The Crown Get 5 Noms Each