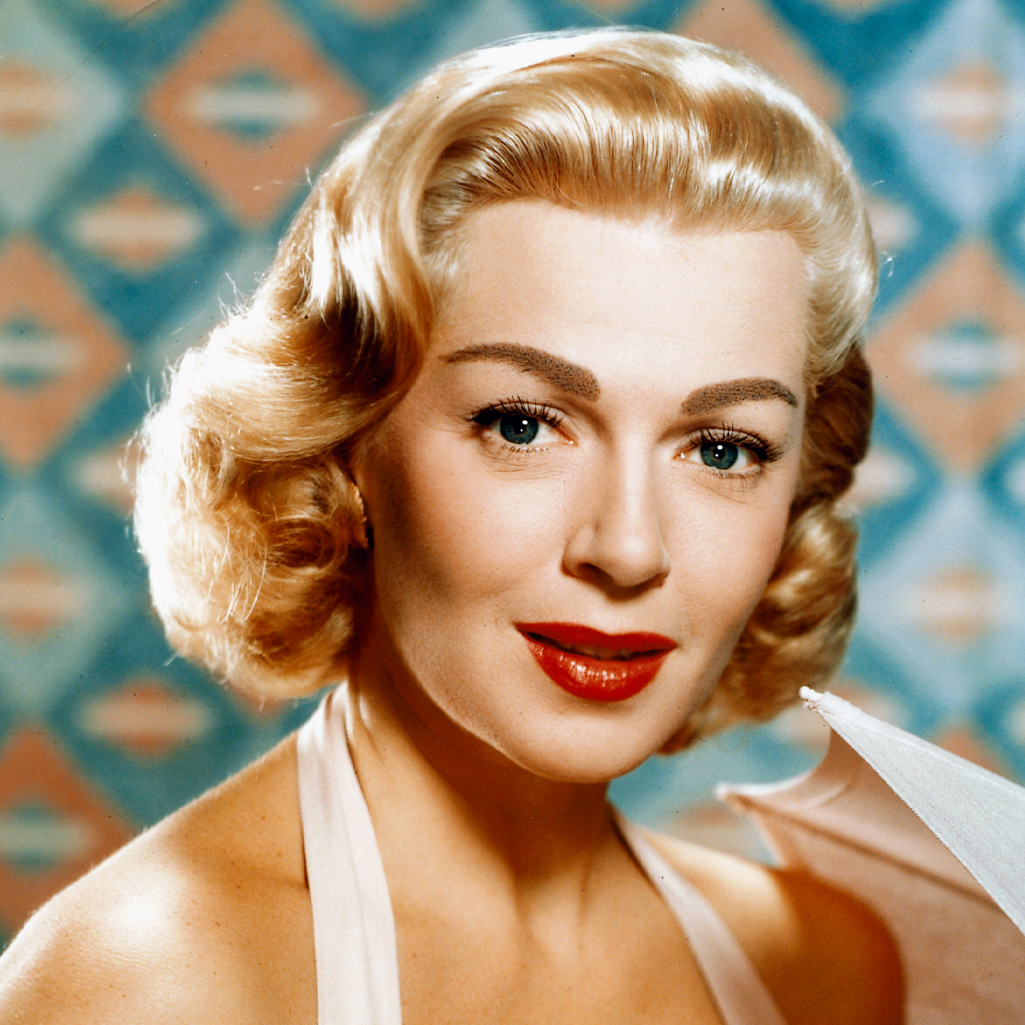 Hollywood legend Lana Turner, seen here in a studio portrait from 1950, led a fascinating and often turbulent life both on and off screen. Photo: Silver Screen Collection / Getty Images

Monday, February 8 marks the centenary of Lana Turner’s birth. The pretty young teen from Wallace, Idaho who was scouted at a soda fountain swiftly became the blonde bombshell with the hourglass figure so famous she is synonymous with the term “sweater girl.” But Turner, who was born Julia Jean Turner, proved much more than a famous pinup. The veteran of more than 50 films, Turner had the presence and the talent to hold her own opposite the cream of the crop of leading men in Hollywood’s Golden Age. But it was her scandal-plagued personal life that crashed into the rise of popular culture and our obsession with movie idols that makes for her most compelling and lasting legacy.

Here, we look at some of the most fascinating elements of her life and career.

The Discovery of “Sweater Girl”

One day, at the age of 15, Lana Turner skipped out on her secretarial class. Killing time at a Schwab’s Drug Store (or possibly The Top Hat, accounts vary) she was “discovered” by William R. Wilkerson, the founder and publisher of the industry bible The Hollywood Reporter. By 1937, she seized the spotlight without speaking a word in her first film, They Won’t Forget. She became known as another cliché, “The Sweater Girl,” for how she filled one out; Turner was said to hate the nickname for the rest of her life. It stuck to her though, and these kinds of digestible nuggets of narrative were a huge part of how she became a legend in the then-new world of popular culture.

Her Extensive Body of Work

Turner left behind a substantial body of work, enough to keep Turner Classic Movies lined up for a year of Saturdays. She appeared in more than 50 films — and was nominated for an Oscar for her 1957 portrayal of a neurotic mother in Peyton Place — as well as a number of episodic television series. But she was also, it turns out, a dressmaker’s dream. A lifelong interest in fashion was fulfilled in the floating confections she wore onscreen, all emphasizing her pinup figure; in fact Turner had aspired to be a fashion designer before she was plucked for the movies.

She is probably most famous for 1946 thriller The Postman Always Rings Twice, but also appeared alongside a slate of leading men, from an early outing in the Mickey Rooney flick Love Finds Andy Hardy to Rich Man, Poor Man opposite Robert Young (both in 1938). She worked with James Stewart (Ziegfeld Girl, 1941) and was paired with Clark Gable several times, including in Honky Tonk (1941), Homecoming (1948) and Betrayed (1954). In The Bad and the Beautiful (1952), she played an aging, alcoholic star on the downturn opposite Kirk Douglas as an ambitious director.

And adding to the tumult of her tabloid story, she reportedly had affairs with many of her co-stars. And then there was the gun incident on-set with Sean Connery (more on THAT later, as it ties into her biggest scandal). On TV, she most memorably appeared in the Harold Robbins-based serial The Survivors.

Keeping the Tabloids in Business

Turner was married no fewer than 8 times, though one was a double trip down the aisle — restaurateur Stephen Crane, father of her one child, a daughter named Cheryl Crane. Her husbands also included a roster of millionaires, the big band leader Artie Shaw (her partner for her first walk down the aisle, which took place at age 19), actor Lex Barker, who played Tarzan, rancher Fred May, and even a nightclub hypnotist! In her 1982 memoir, Lana: The Lady, The Legend, The Truth, she details her many late-term miscarriages, as well as two abortions. Turner was long rumoured to have hooked up with Frank Sinatra (there is no hard admission or evidence of that), though she did admit affairs with Howard Hughes and Tyrone Power. And Sean Connery is another possible bedpost notch (that story is coming, wait for it!).

Swept Up in a Storm of Abuse, Addiction and Depression

Cut to 1948, when Turner’s career was transitioning from light teen films to weightier dramas. She married a very rich man named Bob Topping in an elaborate wedding that calls to mind Kim Kardashian’s nuptial extravagances decades later. After her divorce from Topping — whom she labelled a drunk in her memoir — came a period in Turner’s life marked by depression and a suicide attempt (she had to wear long gloves in The Merry Widow to hide the scars where she had tried to slit her wrists). She then married Lex Barker in 1953, in the aftermath of a tumultuous affair with actor Fernando Lamas, though Turner wrote in her memoir that Barker was abusive. And it was revealed in Cheryl Crane’s own autobiography, Detour: A Hollywood Story, that Barker was sexually abusing her daughter as well.

Here’s the dish: in late 1957, Turner was filming Another Time, Another Place in London opposite Sean Connery. At the time she was dating an abusive mobster named Johnny Stompanato (she was first introduced to him as the more innocuous alias of John Steele), who flew to England, found his way onto the set and angrily confronted Turner and Connery, pulling a gun on the latter. As the story goes, Connery apparently wrestled the firearm from his attacker’s hand and then slugged him good. The long-held Hollywood rumour is that this episode was caught as cameras were still filming, though the footage has never surfaced.

Meanwhile, the movie goddess and the gangster got back together, but things soured when she didn’t take him as her date to the 1958 Oscars (when she was nominated for Peyton Place). The drama finally ended on the actress’s kitchen floor in a pool of blood….

Turner’s own father was murdered when the future star was just nine years old; John Turner, a miner by trade, was robbed and killed while walking home after winning a gambling bet. The dramatic crime plunged the young girl and her mother into poverty.

The darkest event in Turner’s life, however, began in 1957 when she embarked on her relationship with Stompanato. That situation quickly deteriorated into controlling and abusive behaviour, the tawdry saga climaxing on the night of April 4, 1958. When Cheryl, then a young teen, saw Stompanato striking her mother, she came at the mobster and attacked him with a kitchen knife. He died, and the highly publicized trial ended in a verdict of justifiable homicide.

The trial was a sensation, dominating the entertainment press at the time. Turner gave evidence, breaking down in tears several times, then went out to meet the press where she promptly fainted. More drama muddied the waters, with someone in the court gallery shouting out “Lies, all lies! The mother and daughter were both in love with Stompano!” This was less likely, as Cheryl herself tells of coming out as gay to her parents by the age of 13 — a story she recounted to Larry King. She also related that, ahead of their time, her parents were very supportive of her in this.

An Enduring Icon, and Gay Icon

What is indisputable is Turner’s status as a gay icon, in excellent company alongside such notable divas of her era such as Judy Garland and Bette Davis. There are a number of factors that play into her camp appeal: she could chew scenery like no one’s business; she suffered and overcame so many tragedies and scandals in her life that she served as a larger-than-life inspiration; and her whole hourglass figure, peroxide blonde hair and penchant for turbans and gobs of jewellery are all ripe for imitation and celebration. The real key to her enduring image and appeal, though, is that we can still project our own imaginations and narratives onto Lana Turner: she lived large and unabashed, she loved hard and fast. If that’s not a Hollywood story, I don’t know what is!

Cicely Tyson Dies At 96: Revisiting The Hollywood Legend’s Life In Her Own Words