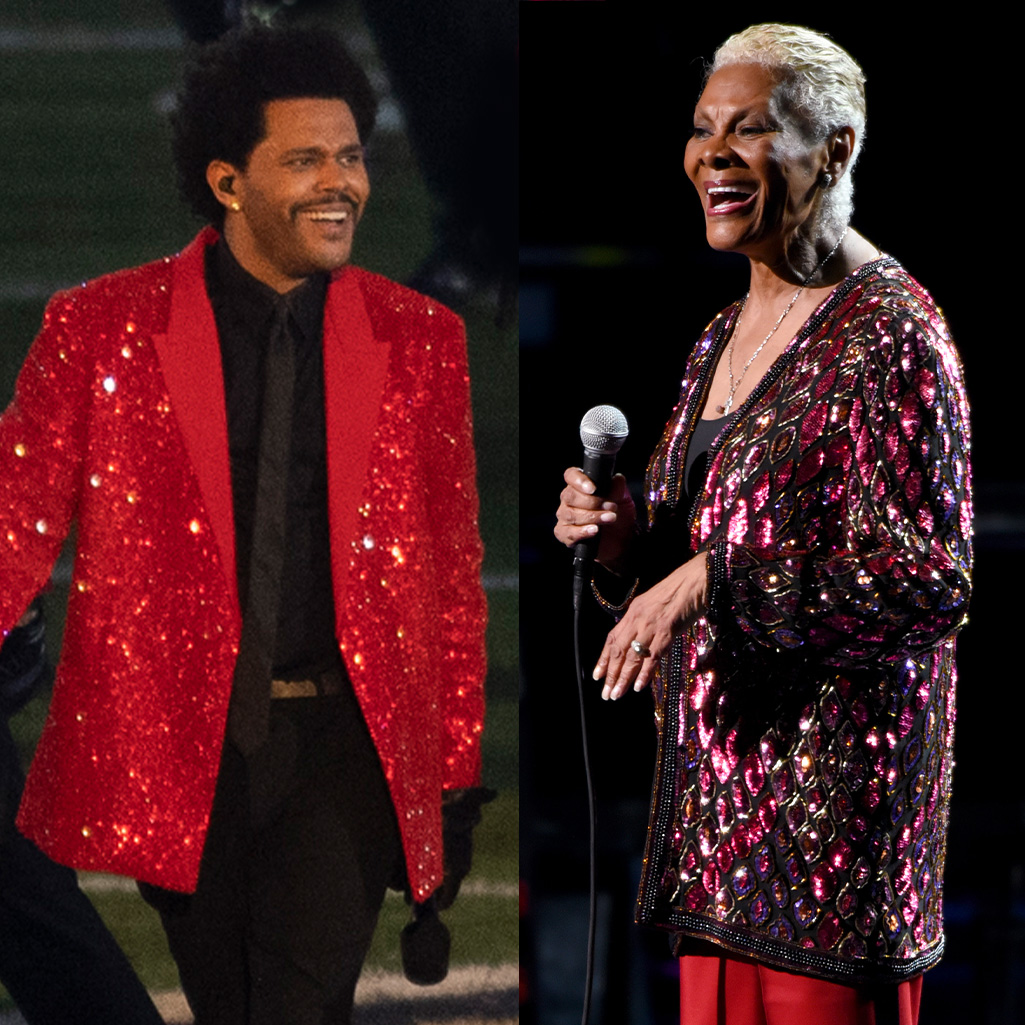 On Super Bowl Sunday, singer and actress Dionne Warwick, 80, gave Twitter users a lesson in civil disagreement after her praise of Canadian rapper The Weeknd’s Super Bowl halftime performance touched off a heated debate over the “correct” critique of the show.

The performance, which The Weeknd reportedly put $7 million of his own money in to produce, featured a career-spanning setlist of hits including “Can’t Feel My Face,” “The Hills” and “Earned It.” He also became the first Canadian performer to headline a Super Bowl halftime show solo.

Taking place in the stands and on the field at Tampa’s Raymond James Stadium, The Weeknd kicked off the performance amid a neon light display, while backed by a full choir.

Of course, Warwick is more than just a fan of The Weeknd. In December, she announced she would collaborate with the Scarborough, Ont., native and Chance the Rapper on the forthcoming charity single “Nothing Is Impossible.”

The majority of fans who replied were in support of Warwick’s complimentary tweet, with many affectionately calling her “Auntie.”

Others, however, pounced on her assessment, calling the performance everything from “creepy” to “one of the worst halftimes I have ever seen.” Warwick even directly addressed one person who asked if her praise of the performance was a joke.

After taking Jesse to task and receiving an outpouring of support in the resulting thread, she closed the matter with one last wise tweet reminding everyone of a simple, universal principle:

Warwick, of course, is no stranger to garnering attention on Twitter. She joined the social media platform in December 2020 and quickly became a meme in her own right with her straight-forward and often hilarious (be they intentionally so or not) tweets, like this one she sent to Chance the Rapper: “Hi, @chancetherapper. If you are very obviously a rapper why did you put it in your stage name? I cannot stop thinking about this.” Saturday Night Live even parodied her, calling her a “Grammy winner and the queen of Twitter.”

She’s since taken on the role of Twitter grandma, keeping followers entertained and speaking up if anyone gets out of line — like how she set Weeknd haters straight with her closing tweet about how the world works.

Meanwhile, plenty of other celebrities weighed in on The Weeknd’s performance.

Fellow rap superstar and Toronto native Drake, who was instrumental in The Weeknd’s start in the music industry, called the performance a “big moment for the city.”

And even Prime Minister Justin Trudeau took to Twitter to congratulate The Weeknd on “rocking the world’s biggest stage.”

Others, like actress Elizabeth Banks, thought the performance failed to live up to the expectations set by Jennifer Lopez and Shakira at last year’s halftime show.

Critiques of the performance aside, the online communally agreed on the most memeable moment of the show, which came a few minutes in as The Weeknd frantically made his way through a funhouse-style mirrored tunnel, during which viewers were subjected to some Blair Witch-esque camera close-ups.

Of course, the other major non-football highlight of the Super Bowl is the commercials. And this year, the high-priced ads supplied some fun moments of nostalgia for older viewers.

Canuck comedian Mike Myers, 57, and Dana Carvey, 65, reprised their Wayne’s World characters of Wayne and Garth for an Uber Eats commercial —with a cameo from rapper Cardi B — in which they urged viewers to support local business during the pandemic.

And in another throwback to the ’90s, Winona Ryder and actor Timothée Chalamet gave fans of the beloved 1990 film Edward Scissorhands a taste of the happy ending they never got in theatres. In the ad for Cadillac, Ryder, 49, reprised her role as Kim, Edward’s love interest from the film, as she recounts the daily challenges her teenage son Edgar Scissorhands (Chalamet) struggles with while, well, having scissors for hands. Eventually, she gifts him a Cadillac — which boasts handsfree cruise control — and he happily drives off into the sunset.

Meanwhile, Bruce Springsteen, 71, took on a more serious tone while discussing the need for a deeply divided American to meet in “the middle” in a Jeep commercial.

“We need the middle,” he says. “We just have to remember the very soil we stand on is common ground. We can make it to the mountain top, through the desert and we will cross this divide.”

This one for Doritos, in which Oscar winner Matthew McConaughey, 51, felt a little “flat.”

Seinfeld’s Jason Alexander, 61, as the “face,” so to speak, of Tide detergent.

And reggae singer/musician Shaggy, 52, calling back to his 2000 hit “It Wasn’t Me” to help Ashton Kutcher and Mila Kunis solve a marital dispute over missing Cheetos.

With His Coat and Mittens, Bernie Sanders, 79, Is Officially One of the World’s Most Memeable People

Jennifer Lopez at 50: Her Super Bowl Halftime Show Was Inspiring For Mid-Life Women