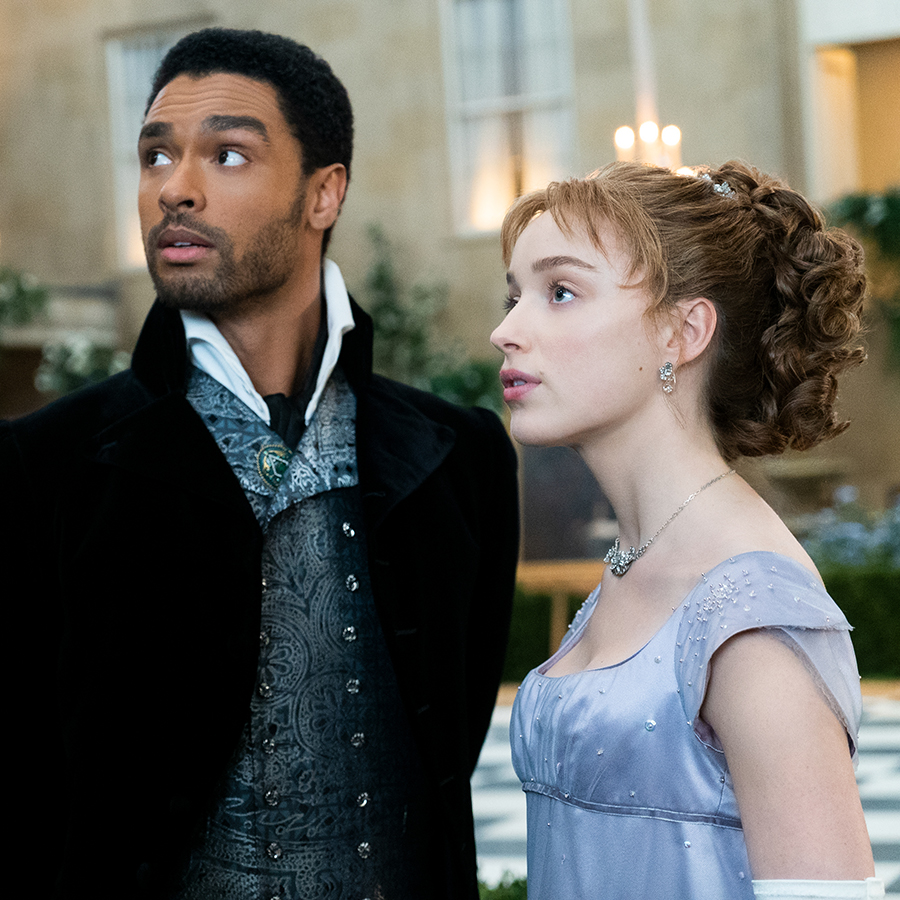 Relive the magic of Bridgerton with a romantic promenade through some of the show's most stunning film locations. Photo: Liam Daniel/Netflix

Romance! Royals! Palace intrigue! And, of course, all with the backdrop of Regency era England. Bridgerton is the season’s breakout hit, and the Netflix show has announced there’s a second season in the making.

If you haven’t seen it, it’s a glorious, sumptuous confection of British society and dollops of gossip, centred around the influential Bridgerton family. The machinations of scheming mothers looking for wealth and status who will have their daughters at the top of the best suitors’ lists — Lady Featherington, we’re talking to you —  is the underlying juicy plot driver.

Add in the witty storytelling ways of the top television showrunner Shonda Rhimes (Grey’s Anatomy, How to Get Away With Murder) and some much-needed colour-blind thinking: the adaptation of the Julia Quinn Bridgerton series of novels, including the first, The Duke and I, also includes the casting of many actors of colour in leading roles, including our main object of affection, the Duke, played by Regé-Jean Page, himself.

But in these armchair travelling days, the gorgeous sets and British locales capture our imaginations. And Bath, the quiet Somerset town known for wellness and its ancient and still functioning Roman Baths, along with golden-hued Georgian architecture that surrounded Jane Austen as she wrote her books, makes a star turn of its own.

The Romans recognized the health-giving properties of the hot springs here when they conquered Great Britain way back in AD 43. Bath remains one of the few places in the United Kingdom that has natural healing hot springs — ancient and modern — and continues to be a wellness destination the world over.

Of course, there’s London, with its many Regency-era spots still intact. Ranger’s House in Greenwich acts as the home of the Bridgerton family (above). The Lanesborough London hotel in the city’s Knightsbridge neighbourhood, not far from Kensington Palace and Hyde Park Corner, is another lovely example of the architectural style — although not used in the filming, the hotel is still worth a visit and a splurge to stay when we can all travel again.

But Bath is the jewel in the crown. Here, a quick trip to Bath with the Bridgertons. Lady Whistledown would no doubt approve.

One of Bath’s most iconic landmarks makes for an impressive backdrop for filming. The Crescent — built between 1767 and 1775 — is arranged around a perfect lawn overlooking Royal Victoria Park and forms a sweeping curve of 30 Grade 1 listed terraced houses.

The exterior of the Holburne Museum was used for filming the entrance to one of the ball scenes in Bridgerton, standing in for Lady Danbury’s grand abode.

The Grade 1 listed building was originally designed and constructed as a hotel, but Holburne Museum is now home to a collection of fine and decorative art.

The Banqueting Room at the Georgian-era Guildhall, with its grand staircases and elegant plasterwork, was also used for ball scenes in the series. The Banqueting Room is highly decorated with ornate gilding, historic paintings and soaring ceilings. The rooms also feature historic furniture and objects that reveal what life was like for Bath’s fashionable residents, both upstairs and downstairs.

Bridgerton TV Series, Based on the Julia Quinn Books, a Huge Hit for Netflix

Exploring the Great Houses and Halls of The Crown