Harry Belafonte Turns 94: Celebrating His Legacy, From Music to Activism to Hosting ‘The Tonight Show’ 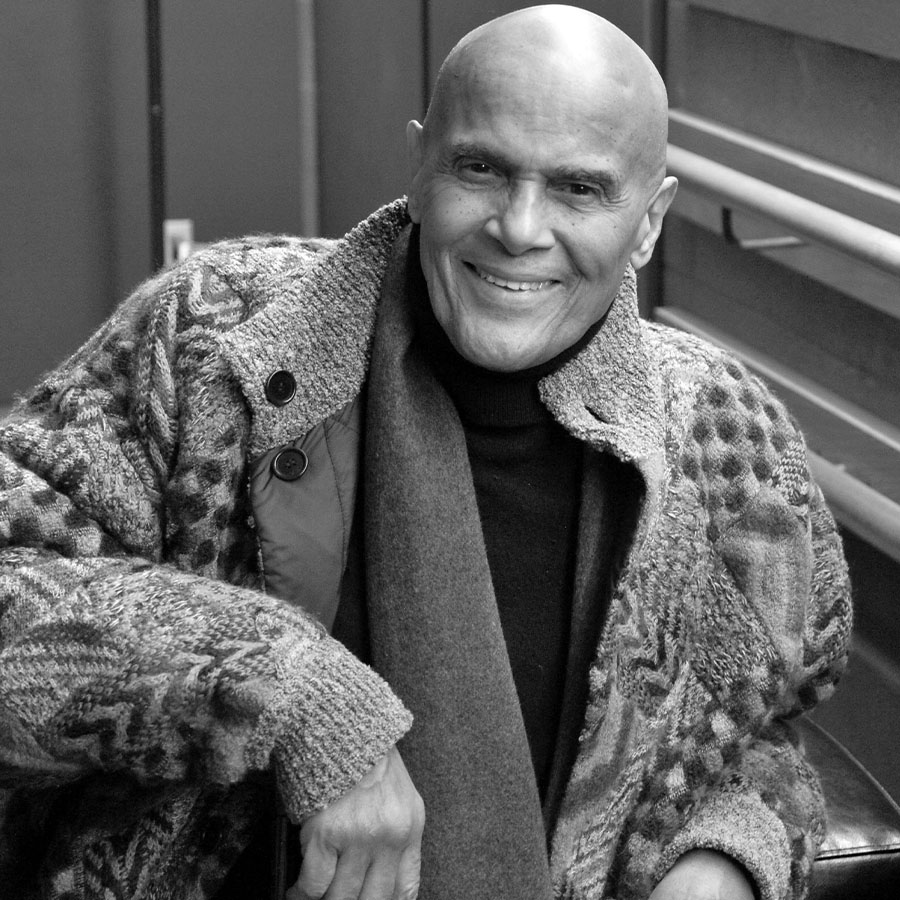 Harry Belafonte, seen here in 2011, turns 94 on March 1st — a birthday marked by a virtual surprise party for charity as well as the recent Canadian release of a new documentary about his historic week spent hosting 'The Tonight Show' in 1968. Photo: George Pimentel / WireImage via Getty Images

The party raised money to benefit The Gathering for Justice, a nonprofit founded by Belafonte in 2005 after seeing the news reports of a five-year-old Black girl handcuffed for supposedly being ‘unruly’ in class. The guiding principle of The Gathering’s community work borrows from Nelson Mandela’s words: “There can be no keener revelation of a society’s soul than the way it treats its children.”

Fame and fundraising are a fitting birthday tribute. Throughout his life the icon has used celebrity for meaningful activism and money for humanitarian causes. (By the 1960s, Belafonte had raised more money than anyone else for the Civil Rights movement.)

The documentary The Sit-In: Harry Belafonte Hosts The Tonight Show (about an important but oft-forgotten moment in popular culture — more on that shortly), uses a fresh lens to survey a pivotal moment in American history and also serves as a portrait of Belafonte’s lifelong activism. Using his unique position as a cross-media superstar — and treating his career as an entertainer as a meaningful opportunity for inclusivity — Belafonte turned pop ballads into protest songs.

A “Human Piece of History”

Harry Belafonte was born on March 1, 1927 in Harlem, New York to West Indian parents and, after a childhood spent in both Harlem and Jamaica, he served in the Navy during the Second World War. Afterwards, he joined the pioneering American Negro Theatre, which trained a post-war generation of Black actors like his close friend Sidney Poitier, Ruby Dee, and Ossie Davis, and went on to star in milestone films with Dorothy Dandridge, like Carmen Jones and Island in the Sun. As a crooner, he popularized Caribbean song forms in America and was dubbed the King of Calypso; his 1956 album Calypso sold 1.5 million copies and stayed on the charts for more than a year, outselling both Frank Sinatra and Elvis.

“Mr. B. is a walking, talking human piece of history,” filmmaker Spike Lee once said, recalling how Belafonte was instrumental in bringing people like Paul Newman, James Garner, and Marlon Brando together “not only to write checks for Dr. King, but to actually march.”

Recall the famous photos of the singer-actor-activist not only walking in the March to Montgomery with his close friends Martin Luther King Jr. and John Lewis, but at other turning points in the Civil Rights Movement: the historic March on Washington, where he recruited icons in the arts to be a presence that day; and the third and decisive civil rights march of Selma (where he organized the Stars for Freedom Rally for a benefit concert), as well as many others.

Lest anyone forget, Yoruba Richen’s rich new documentary The Sit-In: Harry Belafonte Hosts The Tonight Show (which debuted Feb. 22 on Crave in Canada in their Black Excellence collection) explores it in detail.

Based on Joan Walsh’s 2017 article in The Nation, it revisits the groundbreaking week in early February, 1968, when host Johnny Carson handed his desk over to a guest host for an entire week for the first time.

“Both of us knew this wasn’t some casual fill-in gig,” Belafonte writes in his memoir My Song. “There wasn’t any black talk-show host on American television. The very idea was an oxymoron. My hosting the show would be breaking a barrier of significant proportions. But the potential for disaster was huge.”

The political climate in early 1968 was rife with tension, between the recent escalation of the war in Vietnam with the Tet Offensive as well as the tumult of Civil Rights activism, the women’s movement, and other protests at home.

Although he had already won an Emmy for his television variety specials, Belafonte initially turned the Tonight Show invitation down. “It blindsided me,” he writes of getting the call from NBC. “Johnny Carson, late-night talk-show host without peer, seemed to think I’d be an interesting…change of pace.”

As The Sit-In explores, Carson wanted to do something more serious to address current events — but knew he wasn’t the man for the job.

“That was probably the most revolutionary move that mainstream television could have done at the time,” musician and songwriter Questlove — who, incidentally, heads up the hip hop group The Roots, which currently serves as the band for The Tonight Show Starring Jimmy Fallon — in the doc.

The move was not without opposition from television executives and advertisers, but was an important chapter in cultural, political, and TV history. Belafonte featured guests like Martin Luther King Jr. and Senator Robert F. Kennedy — both of whom were assassinated months later — and, while the entertainment aspect of the show remained intact throughout the week, the more serious conversations with some of his guests about issues of race and society opened the door to late-night mixing politics with entertainment — from The Dick Cavett Show, which launched that same year, to The Daily Show, Last Week Tonight, and the politically-potent monologues of the likes of Stephen Colbert today.

The full guest list from that historic week reads like one of those ‘fantasy dinner party’ questionnaires: Dionne Warwick and Petula Clark (who share their memories of the time in the film), as well as Aretha Franklin, Diahann Carroll, Sidney Poitier, Lena Horne and more. Of Belafonte’s 25 guests, 15 were Black newsmakers and artists, including Indigenous performers like Canada’s Buffy Sainte-Marie. “Harry was like the heart and brains of a lot of things,” she recalls, in the film, of Belafonte’s inclusive approach to events.

One episode alone featured Paul Newman, who had never before appeared on a talk show, sitting alongside Dr. King (who cracked jokes!), Nipsey Russell, and Bobby Kennedy. Folk singer Leon Bibb was also on the bill that night, and at the guest host’s request he performed an a cappella cover of Belafonte’s favourite song at the time: Leonard Cohen’s “Suzanne.”

Because of the vagaries of NBC’s archiving practices, there are only two extant episodes (the ones featuring RFK and MLK), and they are even more thrilling to see when The Sit In director Ruchen puts them in political context. Some additional audio material survives and the documentary also incorporates dynamic period news footage with Belafonte’s own home movies.

The Tonight Show week may routinely be largely forgotten by history, but it was not forgotten by those who tuned in — like Finding Your Roots host Henry Louis Gates, Jr., who vividly recalls watching it as a youth in his 1996 New Yorker profile of Belafonte.

“Was he not the perfect hybrid of popular culture and political conscience? It was the air of principle, of moral certitude, of engagement — not to mention those teeth, those cheekbones,” Gates wrote. “You simply didn’t hear this kind of thing in those days, not on network TV. That week, I knew I had been witness to a great event.”

Nor was it forgotten by some of the personalities who appear in the film to weigh in, like Whoopi Goldberg and Norman Lear.

The documentary also never forgets that even at the height of his fame, Belafonte was a Black superstar with a white fan base at a time when racial segregation was still legal. In one segment, he and guest Petula Clark recount the details of a furor that erupted after she inadvertently held onto his arm during a duet on her variety show that year.

And that 1968 scandal echoes issues from the late 1950s, when Belafonte briefly had his own movie production company. He had hoped to work directly with Hollywood to develop projects more representative of the Black community than what he was being offered. His post-apocalyptic 1959 movie The World, The Flesh, and The Devil was heavily altered, however, because of “too much interracial intimacy.” As film historian Donald Bogle recounts in his TCM book Hollywood Black, MGM studio executives lost their nerve.

Belafonte writes of his disappointment in his memoir: “Once again, I was confronted by the country’s schizophrenia on race. On the one hand, I’d just appeared on the cover of Time magazine, accompanied by a long, reverent profile inside. Yet the same sort of white decision makers couldn’t abide the though of me touching or kissing a white woman.”

Hosting The Tonight Show wouldn’t be the last time that time Belafonte leveraged fame to take an existing white institution in American culture and turn it into something that should represent his world.

When he guested on The Muppet Show a decade later, for example, the episode (now on Disney+) was likewise shaped around Belafonte’s commitment to sharing history and stories from elsewhere and his interest in world music, and using the space to subtly address wider, serious concerns. The collaboration resulted in numbers featuring African mythology and the famous song “Turn the World Around,” which Belafonte sang at Jim Henson’s memorial.

Belafonte appeared on the cover of Zoomer magazine’s May 2011 issue — for which he was photographed by Canadian rocker Bryan Adams — and discussed the idea of art as a tool to affect change, asking “If that’s not the motivation of the art, then what’s the art about?” He added that, when it comes to his dual role as artist and activist, “Let’s put it this way: I’m not an artist who became an activist; I’m an activist who became an artist.”

Belafonte’s last significant on-screen role was in the 2006 film Bobby, the story of the U.S. senator’s assassination. Spike Lee also managed to coax him out of retirement for a small but powerful role in BlacKkKlansman (2018) delivering a harrowing monologue as an elderly civil rights pioneer.

“It is my firm belief that the issues of race are a blight on American history, and need to be told as often as possible,” Belafonte said at the time. “The truth of the matter is, all this racial stuff is not a thing of the past. It is very much a thing of the present.”

Rebel With a Cause: Harry Belafonte On the Importance of Activism In His Art