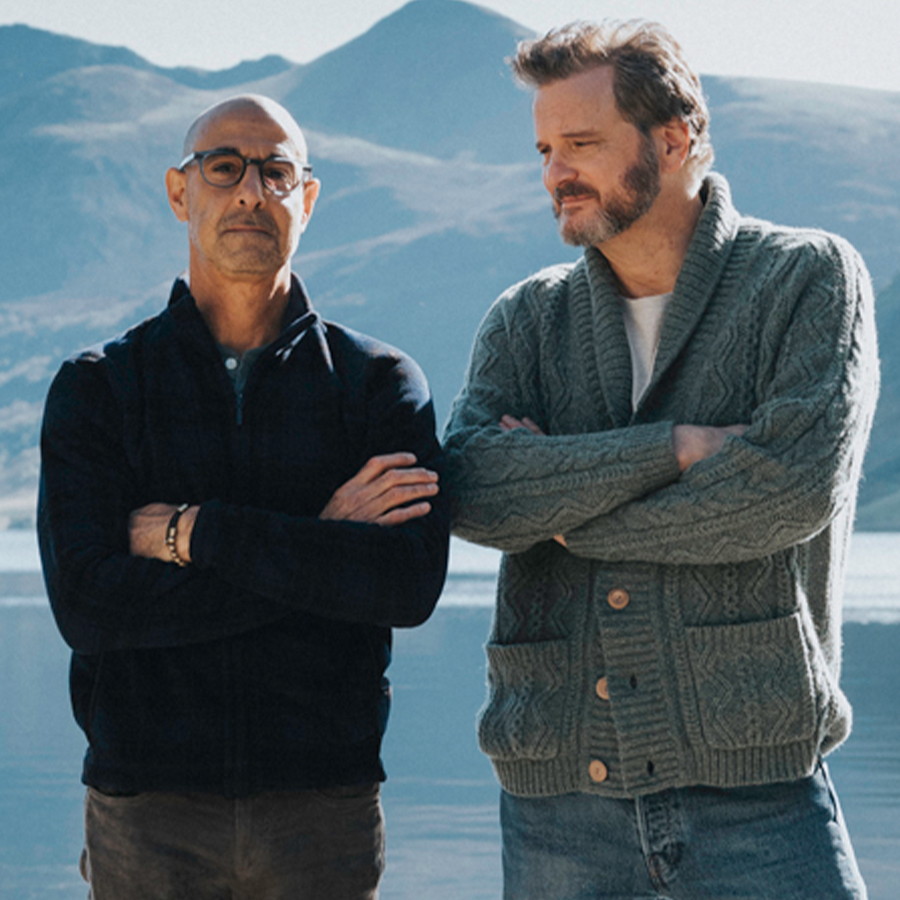 As understanding of Alzheimer's disease and dementia evolve, so too do the films — like 'Supernova,' starring Stanley Tucci and Colin Firth (above) — that depict the struggles with them. Photo: Courtesy of Mongrel Media

In the decade since Away From Her, art-house hit Amour, and Julianne Moore’s Best Actress Oscar win for Still Alice — the drama in which the actress portrays a 50-year-old woman with early-onset Alzheimer’s — the door has opened to movies that do more than depict the medical or situational realities of dementia. One in five Canadians have experience caring for someone living with dementia, according to the Alzheimer’s Society of Canada, and as understanding of the disease evolves, so too does the film genre and its frames of reference.

This season a new wave of movies come from a compassionate variety of approaches to explore the complex emotions and decisions at the core of dementia care — each with a different emphasis that reflect an expanded understanding of its effects.

In January, for example, PBS Masterpiece aired the mystery Elizabeth is Missing, starring two-time Academy Award-winner Glenda Jackson, 84. The movie is adapted from Emma Healey’s 2014 book about her grandparents and earned Jackson a BAFTA when it premiered in the UK last year. Maud (Jackson) lives alone despite early-stage Alzheimer’s and becomes obsessed with unraveling the decades-old disappearance of her sister before she’s unable to remember. The Post-it notes stuck around the house not only document her daily reminders but also become a crime board of sorts — and while the puzzle plot is a literal one, it’s also a metaphorical device that helps viewers come to see the fragmented world as she does.

Other recent examples include…

Putting the Fun in Funeral

Filmmaker Kristen Johnson’s award-winning (and madcap) Netflix documentary Dick Johnson is Dead comes at the subject from an unexpected angle: black comedy. She and her father lived through her mother’s years-long struggle with Alzheimer’s, and it was their way of coping with his fear of death when he began showing signs of dementia.

The result is a bizarre and bittersweet movie in which father and daughter repeatedly stage his death, in ever more inventive and melodramatic ways, down to a moving faux funeral (at time of writing Dick, now 88, is cheerful and very much alive, though advancing dementia is changing his personality).

At age 62, actor Viggo Mortensen’s directorial debut, Falling, is also a personal film, similarly based on his experience of dementia, which is prevalent on both sides of his family. He writes, directs, and stars in the drama as John, an estranged adult son who attempts to care for his irascible father (Lance Henriksen, 80), even as he steadfastly refuses to leave the remote farm he can no longer manage on his own.

John and his partner Eric live with their daughter in California and hope to welcome Willis and get him settled near them. But as an early visit shows, dementia only sharpens and intensifies the aggressive bitterness of his father’s cantankerous disposition. Present-day incidents trigger memories and he inexorably slides into the mental photo albums of his past, revisited in flashbacks. In time shifts to John’s 1960s childhood growing up on the farm, Dad already enjoyed being a provocateur, who said and did crude or inappropriate things that alienated his wife and eventually, each of his children. He’s skilled at psychological manipulation, honed over a lifetime.

As a result, Falling spends as much time looking at how those who surround them must adapt to the new behaviours rather than correct them. It’s about hoping for regret or apology, and frustration (and acceptance) of sometimes finding nothing but rage.

By contrast, in the film Supernova, longtime couple Sam (Colin Firth) and Tusker (Stanley Tucci) seem preternaturally calm about what awaits. We meet the sixty-year-olds after they’ve already lived with Tusker’s early-stage dementia diagnosis for a couple of years. As the next stage begins, and while he’s still in manageable cognitive decline, the pair buy a camper van and embark on an elegiac autumn drive in the Lake District to connect with old friends.

The movie initially explores the fragility of the life they’re built together on an intellectual level. Sam is still in gentle denial about the reality of what the journey will entail, while the more pragmatic Tusker is already mourning what will be lost. Their conflict brings to the fore how memory is an integral part of identity. What’s shattering, too, is how aware they both are of being poised in a long, excruciating last moment before Tusker’s steady but eventual decent. “I’m becoming a passenger,” he explains (they are on a road trip, after all). “And I am not a passenger. This thing is taking me to a place where I do not want to go and no one is going to be able to bring me back. And I … can’t do that.”

Things with Sam come to a head on the road trip, when he discovers how far Tusker is prepared to go in order to avoid becoming a fading whisper of his former self. The plot’s focus on this honours the character’s lived experience and desire for dignified autonomy. It’s a difficult conversation but a timely one, as debates continue around the loss of mental capacity and specifics of physician-assisted death. Canada’s own amended waiver of final consent in Bill C-7, which the senate recently passed, expanded Canada’s assisted dying regime to include advance directives.

“I want to be remembered who for I was not for who I am about to become,” is how Tusker puts it. “That’s all I can control, that’s all I have left.”

I Know You Are But What Am I?

The most talked-about take on the disease this season is The Father, directed and adapted by French dramatist Florian Zeller from his own lauded 2012 play Le Père. The high concept here is more accessible than Relic, Natalie Erika James’s devastating horror movie about dementia, where the haunted house is also a physical manifestation of the deteriorating mind, but no less powerful.

The Father finds Anthony (Anthony Hopkins, 83) asserting what’s left of his authority while living in a handsome London flat with his adult daughter (Olivia Colman, 47), as she tries to cope with the increasing demands of his care. When the role of parent and child gets reversed, the changing relationship is disorienting enough. But the additional disorientation of the high-concept premise, which ingeniously echoes the state of his mind, gives the viewer the subjective disorientation of experience of Anthony’s confusion in a few ways and heightens the effect. It makes seeing The Father feel like being on a dementia amusement park ride — an elegant ride, but dizzying nonetheless.

From moment to moment when the grounds shifts under Anthony’s feet; a slamming door can cause him to lose his bearings, and so do we. The shifting casting of key characters around him, for example, embodies how even family become as strangers, but it means their relationship becomes a puzzle for us to decipher. The surroundings also change, first in small and incremental and then increasingly significant ways — neither of us are can be sure what’s real.

“In a way it’s a thriller,” the director has said of these destabilizing elements, while insisting it’s not a medical treatise or even about a medical condition but about the way those around a dementia patient experience the fallout. “It asks the audience to be part of the story by building a narrative, as I had done in the theatre.”

This subjective experience is so integral that the ingenious art direction of production designer Peter Francis and set decorator Cathy Featherstone has been nominated for the Academy Award in this category.

In Hopkins’ masterful performance we see Anthony absorb his uncertainty, process and make the delicate calibrations of whether he should say anything. But the viewer isn’t just watching him conflate events and cycle through deeply felt emotions (from eloquent indignation and malice to childlike fear and intense grief). We become the unreliable narrators of his life as much as he is.

Could Past Due Bills Predict Dementia? Here’s What the Latest Research Says