Canadian Screen Awards 2021: ‘Schitt’s Creek’ Lands 21 Nominations as Alex Trebek and Other Canuck Legends Are Set to be Honoured 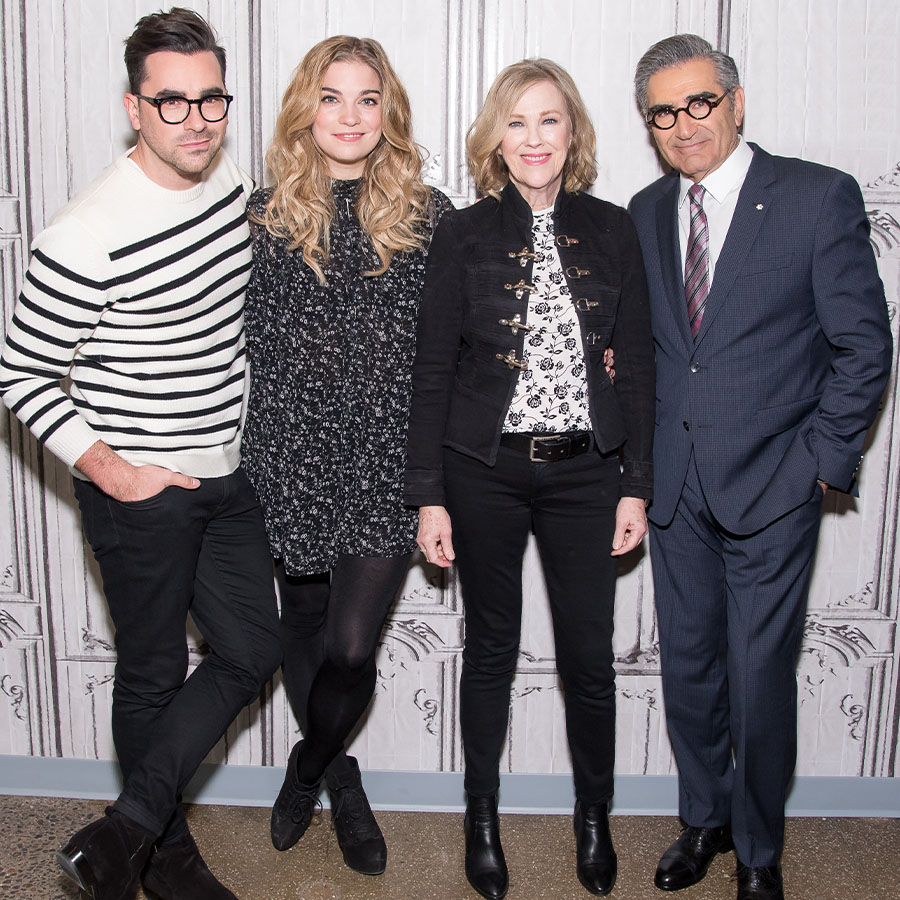 Schitt’s Creek continued its award season streak with 21 nominations for the 2021 Canadian Screen Awards — the third year in a row it’s topped the list of nominees. Revealed Tuesday morning, the beloved Canuck series — which swept the Emmys comedy categories last September and won Best Comedy series and Best Actress (Catherine O’Hara) at the 2021 Golden Globes in February — leads all shows and films in nominations for the CSAs.

That includes nominations for Best Lead Actor, Comedy for both Eugene Levy and son Dan Levy, and Best Lead Actress, Comedy for O’Hara, 67, and co-star Annie Murphy. As well, actors Chris Elliott, 60, and Noah Reid are up for Best Supporting Actor, Comedy, while Karen Robinson, 53, Jennifer Robertson, 49, and Emily Hampshire are all up for Best Supporting Actress, Comedy. Victor Garber, 72, and Rizwan Manji, 46, are up for Best Guest Performance, Comedy. The show, which wrapped its sixth and final season last year, is also up for Best Comedy Series.

Other television nominees include the late Christopher Plummer — who died in February at age 91 — nominated for Best Supporting Actor, Drama, for his role in the series Departure. Should he win, he’d become the oldest Canadian Screen Award winner ever. He still also holds the record for oldest Academy Award winner in any acting category.

The documentary Aging Well Suzuki Style, in which the famed broadcaster — and this year’s recipient of the CSA Lifetime Achievement Award — David Suzuki, 85, explores the mysteries of the aging process, is up for Best Biography or Arts Documentary Program or Series.

Overall, the series Cardinal, which concluded last year, and Trickster, which was cancelled this year, were tied with 15 nominations each — second to Schitt’s Creek.

Meanwhile, the drama Funny Boy from director Deepa Mehta, 70, about a young gay man in Sri Lanka coming of age ahead of his country’s Civil War in the early 1980s, earned nine nominations including Achievement in Direction for Mehta and Adapted Screenplay for Mehta and Shyam Selvadurai, 56, as well as Achievement in Music, Original Score for famed Canuck composer Howard Shore, 74. The film is also up for Best Motion Picture.

The film has courted controversy over a lack of Tamil actors cast in a movie about Tamil people. Mehta defended the film, claiming that she had tried to cast Tamil actors but that she ultimately couldn’t use them “due to family issues and visa problems.” And in a roundtable interview last November, Mehta referenced how homosexuality is still a punishable crime in Sri Lanka. “You also have to understand, Tamils are still a group that is being persecuted. It isn’t that easy for [Tamil actors] to come out and say, ‘I want to be a part of a gay film.’” The film still received backlash from some in the Tamil community, while also receiving laurels from many critics.

Also nominated for Best Motion Picture is 43-year-old Tracey Deer’s feature film debut Beans, about the armed 1990 standoff between Quebec Mohawk communities and the provincial government in what was dubbed the “Oka Crisis.” The conflict is viewed through the eyes of the eponymous teenager who comes of age as the world around her erupts into a terrifying battle for land and, on a larger level, equality and acceptance.

The Canadian Screen Awards will also hand out a number of special awards, including the Lifetime Achievement Award to David Suzuki, the Earle Grey Award for lifetime achievement in television acting to North of 60 star Tina Keeper, 59, the Radius Award to Dan Levy and the Academy Icon Award to the late Alex Trebek.

Trebek, who died last November after a battle with pancreatic cancer at age 80, actually recorded an acceptance speech for the award when it was revealed he’d be receiving it. Recorded ahead of filming his final Jeopardy! episode, Trebek used his speech to honour Canadian culture.

“You host a popular show for 36 years, you get to be known, you get to be liked. Maybe people think you’re a nice guy. They know you’re Canadian — ergo, Canadians are nice people, and the country must be a special place. Well, it is! And not just because we’re nice. It’s a special place because we are a country of accomplishments …We do it bilingually.”

Due to COVID restrictions, the 2021 Canadian Screen Awards will take place virtually, streaming on the Canadian Academy’s website as well as on their Twitter account and their YouTube page over the course of multiple nights, between May 17 and May 20, 2021.

Each night will honour different categories and be “narrated by a notable Canadian and will focus heavily on the nominated works,” according to an Academy press release. It added that the main show — on May 20 at 8 p.m. ET — will offer a “curated selection of prominent awards.”

2021 SAG Award Nominations: Chadwick Boseman Makes History as Schitt’s Creek and The Crown Get 5 Noms Each