Back on the Case: Christopher Meloni Returns to the ‘Law & Order’ Universe in ‘Organized Crime’ Spinoff Ahead of His 60th Birthday 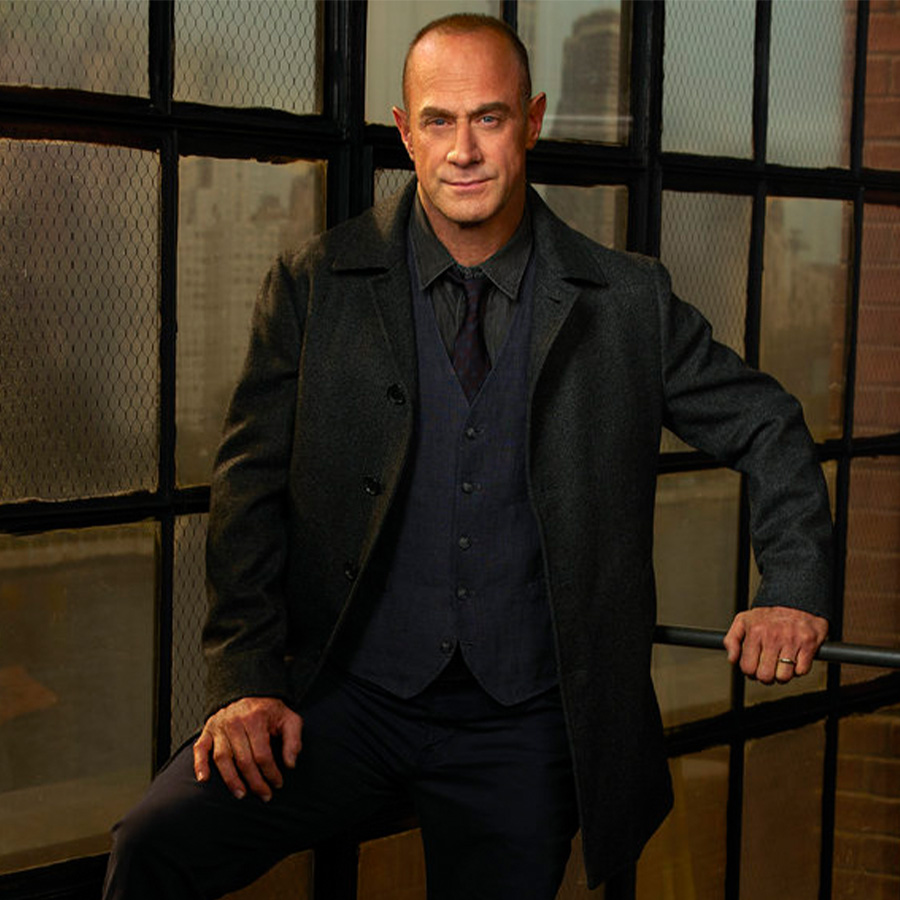 When discussing his role in ‘Law and Order: Organized Crime,’ Christopher Meloni told Entertainment Tonight that, “a certain piece just fell into place,” making it the right time to return to the crime drama franchise. Photo: Virginia Sherwood/NBC

Episodic network TV — a legacy of the boomer/gen-X crowd — has encompassed our lives in a way that succeeding generations, engrossed in streaming services and bingeing culture, may never truly comprehend.

People have watched Mark Harmon, say, as Special Agent Gibbs on NCIS for 18 years. Flashback to his “medical career” on St. Elsewhere, and he has been in our living rooms for 40 years.

Meanwhile, comedian Richard Belzer has played Detective John Munch for nearly 30 years on multiple shows, beginning with Homicide: Life on the Street in 1993 and continuing through more than 300 episodes since 1999 of Law & Order: Special Victims Unit.

And for her part, SVU star Mariska Hargitay has played Detective Olivia Benson for almost 500 episodes in the series’ 22-year run.

These actors, then, become sort of surrogate relatives, gradually aging in front of our eyes over decades of television appearances. But if that’s the case, what about the “lost uncles” who take a long leave of absence and later return?

It’s been a full decade since Christopher Meloni — a.k.a. NYPD Detective Elliot Stabler — left Law & Order: SVU over an apparent contract dispute after a 12-year run (1999-2011).

But on April 1 — the day before he turns 60 — Meloni, as Detective Stabler, returns, heading up the latest of producer Dick Wolf’s Law & Order spinoffs: Law & Order: Organized Crime, which will be introduced with an SVU “crossover episode.”

In addition, as part of the return, it’s also been revealed that Meloni also shot scenes to be used in later SVU episodes. There’s speculation those scenes involve a deepening of his already close relationship with Benson, his character’s “work wife” for 12 years on the show.

He also confirmed that, “Mariska and I will be the linchpin,” for the series crossover.

Some fans might have trouble connecting the dots, since Stabler has not been mentioned since he left, while Benson has been in plenty of peril in the past decade that might have brought him out of hiding.

By far, however, the most successful spinoff is the one that’s still going: Law & Order: SVU. With its 21st season debuting in 2020, it eclipsed the original series as the longest-running live action series in primetime television history.

And, naturally, when a franchise has enjoyed such success for so long, it’s bound to launch a few careers. Over the years, a who’s who of Hollywood heavyweights has passed through the Law & Order universe in smaller roles before finding TV or movie stardom, from Viola Davis to Bradley Cooper, Chadwick Boseman, Zoe Saldana, Sarah Paulson, Mahershala Ali, Adam Driver, Kate Mara and many more. In fact, some, like Davis and Mara, appeared on the original Law & Order and then showed up later as different characters on one of the spinoff shows.

In addition, while the largely New York-filmed franchise has always been a place for Broadway performers to cut their chops and get a TV credit, the SVU showrunner Warren Leight announced earlier this year that, during the pandemic, the show is “trying to hire every Broadway actor we can while we and they wait for the curtains to rise again.”

So it’s only fitting, then, that a franchise that helps launch, or support, so many careers would also welcome former stars like Meloni back into the fold.

Of course, it’s a different decade, and the public image of big city police forces isn’t what it was when Meloni left SVU. The actor says the new series will take place in an NYPD that is constantly reassessing its role and how it handles crime and criminals.

As well, today viewers are less apt to hold a grudge over a contract dispute than over the idea that these actors had bigger stardom dreams than entertaining us in a police procedural or hospital series. (Although, fans were less than satisfied with the producers’ decision to simply write Stabler off with a line about having filed his retirement papers).

In the case of Denzel Washington (St. Elsewhere) or George Clooney (ER), leaving behind a TV paycheque was a gamble that obviously paid off.

On the other hand, David Caruso was, ahem, “Caruso-fied” when he left NYPD Blue after one season to pursue movie stardom. He was nicknamed “the Shelley Long of NYPD Blue” (a reference to the Cheers star who left the series after five seasons for movie work. Cheers went on for six more seasons after she left, while Long’s movie career didn’t exactly take off).

Long never transitioned back to TV in a big way (she had occasional appearances as Jay’s flaky ex-wife on Modern Family), while Caruso returned with a bang as the star of CSI: Miami for 10 seasons.

In Meloni’s case, his time away from SVU sounds like a lot of fun. He played a vampire king in the TV series True Blood and Brooklyn Dodgers manager Leo Durocher opposite Boseman as Jackie Robinson in the 2013 film 42. He also voiced the lead in the Syfy comic book-based animated series Happy! and even went on the PBS series Finding Your Roots with Henry Louis Gates Jr. and discovered he was related to U.S. House Speaker Nancy Pelosi.

For SVU fans, while Stabler was out of mind and out of sight, the guy who played him certainly wasn’t.

And as for his return, Meloni told Entertainment Tonight that, “a certain piece just fell into place. For me, there were just personal things that I was like, ‘You know, now is a good time.’ That was it. There was nothing secret. It just was effortlessly correct.”

10 TV Shows That Will Receive a Reboot This Fall

Clarice: From “The Silence of the Lambs” to Her New TV Series, the Heroine Is Finally Getting Her Due