From History-Making Winners to The Best Fashion Looks, Our 5 Favourite Moments From the 2021 SAG Awards 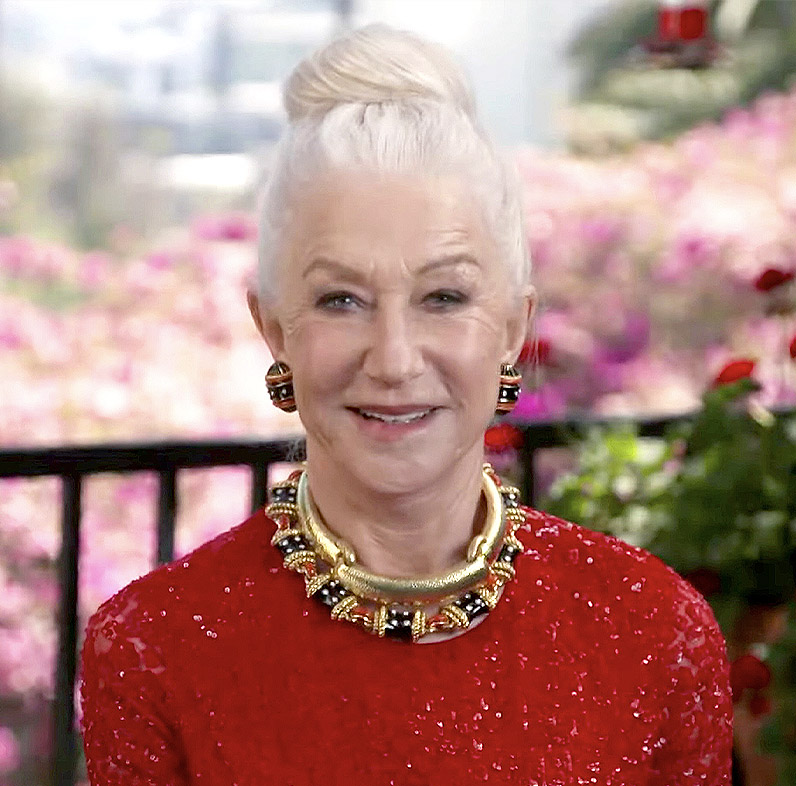 The big winner of the 2021 SAG Awards this year was the viewer: short, sweet and very fashionable. This was the zippy, pandemic-era solution we needed right now.

The Screen Actor’s Guild Awards broadcast was pushed from its usual January slot by COVID-19, then again from its March perch when the Grammys landed on the same intended night. The compromise date — Easter Sunday — turned out to be a blessing in disguise: a completely pre-taped show that lasted just a single hour! In an awards’ show universe where these shindigs can drag on for four-plus hours of meandering content, the brevity was a great way to stand out in the crowd.

That actors care about the SAG trophy is a given: it is recognition from direct peers, not some opaque academy. And it is also seen as a key bellwether for Oscar wins in the acting categories. Plus, in this golden age of streaming, where the biggest stars are upping the wattage of small-screen prestige projects, the inclusion of series shows (formerly TV) made this awards broadcast, from a star-power perspective, almost more glam than the Oscars.

Speaking of glam, Hollywood has finally figured out how to maximize Zoom and the social media red carpet. The @sagawards Instagram feed was flooded from early afternoon with the best submissions from the actors (and their stylists), giving the dressing up a shape and a forum.  It really didn’t seem to matter to the spontaneity. The actors’ crafted their fashion message in their own, artistic ways. The women went for full glam, and there were many standouts (see our best-of list below), but it was the guys who really caught our eye last night with some eye-popping suits.

The show was hostless, with nominees in each category bantering on topics such as their favourite pandemic entertainment binges (relatable!) to their tips for coping with Zoom life and reminiscences about their worst headshots.

We got all the reaction shots to the winners in a Zoom format — and yes, actors in full makeup do look better than the rest of us on our work feeds — but the swift pace made the format feel, for the first time in a year, like real entertainment. And the one-hour run time made long, awkward and boring awards shows of the past feel outdated. The actual presentation showed that actors are, not surprisingly, better at Zoom than most of us. But the segments were so swift, it gave the illusion of excitement.

Schitt’s Creek Goes Out on a High Note

This was the final bow for the little Canadian show that could, Schitt’s Creek’s, which was also a big winner at the Emmys earlier this year. Catherine O’Hara, 67, took home the award for Outstanding Performance by a Female Actor in a Comedy Series for her portrayal of family matriarch Moira Rose and, with the win, became only the fourth person in history to nab the top acting honour in the five major television awards of the year: the Emmys, Golden Globes, the SAGs, the Television Critics Association Awards and the Critics Choice Awards.

In her acceptance speech she thanked, “SAG-AFTRA for placing me in the company of these uniquely and consistently funny women. I share this with Annie Murphy. I’m flattered anyone might believe I could be her mother. She is a beautiful soul.”

In a nod to Moira, she made her gracious acceptance speech with a sequin tux in the character’s signature black and white colour palette.

The cast, meanwhile, won for Outstanding Performance by an Ensemble in a Comedy Series, accepted by showrunner Dan Levy alongside his dad, Eugene Levy, 74, and sister, Sarah. And shout out to Emily Hampshire’s clever “Bed Carpet” social media strategy (she posed in a white suit on a white, unmade bed).

The late Chad Boseman was honoured posthumously with the award for Outstanding Performance by a Male Actor in a Leading Role for his performance in the film Ma Rainey’s Black Bottom (Viola Davis, 55, won the award for Female Actor in a Leading Role for playing the film’s eponymous role). Boseman’s wife, Taylor Simone Ledward, made an emotional acceptance speech on her late husband’s behalf. Boseman died after a battle with colon cancer last year at age 43. Ma Rainey’s Black Bottom was his final film and was released after his death.

The actor, in fact, made history at the SAGs as the first person to land four SAG Award film nominations in the same year. In addition to his above nomination, Boseman was also up for his supporting work in Da 5 Bloods and as part of the nominations for Outstanding Cast in a Motion Picture for both Ma Rainey and Da 5 Bloods. This award season has seen Boseman pick up other Best Actor honours for Ma Rainey, including at the Golden Globes. He’s also nominated for an Academy Award and BAFTA for the role.

The Crown Keeps Its Throne

The Crown eared five SAG nominations and saw Gillian Anderson, 52, win for Outstanding Performance by a Female Actor in a Drama Series for her portrayal of former British Prime Minister Margaret Thatcher in the show’s fourth season. She beat out Olivia Coleman’s Queen Elizabeth II and Emma Corrin’s Princess Di in the same category. Josh O’Connor’s turn as Prince Charles was also a nominee in the best actor category, though the nod went Jason Bateman, 52, for Ozark.

The number of actors up for individual awards, however, made the series a shoe-in for Outstanding Performance by an Ensemble in a Drama Series for the second year in a row. Acceptance duties fell to the small-screen queen Olivia Coleman, 47, (who was also nominated for Outstanding Performance by a Female Actor in a Supporting Role for her work in The Father), and she employed her dry wit to liven up the reading of the very long list of names involved.

A Notable Win for Minari

The 73-year-old Korean actress Youn Yuh-jung won the award for Outstanding Performance by a Female Actor in a Supporting Role for Minari. Youn is a legend in South Korea, where she has been appearing in movies and on TV since her 1971 feature film debut in Woman of Fire.

Lately, she has been a feature on Korean reality TV, with a cooking series (Youn’s Kitchen) and a travel show (Youn’s Guesthouse). Minari — an American film about a Korean-American family on an Arkansas farm in the 1980s — for which Youn is also nominated for an Academy award alongside co-star Steven Yeun, brings Korean stars back into the spotlight after Parasite’s recent breakthrough and historic Oscar win for Best Picture last year.

Because this wasn’t a traditional red carpet, where stars vie for the spotlight with sometimes risqué or (deliciously) misjudged “misses” or “worsts,” the fashion for the SAG awards this year was different. I’d argue this was a good thing: in a year when fashion shows and messages and trends have gotten lost in the online noise, the streamlined manner in which outfits were posted, especially via the @sagawards portal, allowed for standouts to really stand out. Here are our 10 nominees for best-dressed of the evening.

Presenter Helen Mirren posed up a storm in a fire-engine red Badgley Mischka.

Leslie Odom Jr., who starred in One Night in Miami, wore a rainbow ombre Berlutti suit.

Dan Levy of Schitt’s Creek wore a white Gatsby-style suit by The Row.

Hamilton star, and SAG presenter, Daveed Diggs went all out with an extra bejewelled suit by Versace.

Coleman Dingo of Euphoria went for a spring peach suit by Grayscale, paired with tan workboots.

Kaley Cuoco, nominated for her star turn in The Flight Attendant, brought punch to the proceedings with a bold pink Prabal Gurung off-the-shoulder gown with a giant flower pouf, the better to pull focus on Zoom.

Kerry Washington, nominated for her work in the miniseries Little Fires Everywhere, posed by the pool in a slinky Etro number with matching bathing cap.

Canadian Screen Awards 2021: “Schitt’s Creek” Lands 21 Nominations as Alex Trebek and Other Canuck Legends Are Set to be Honoured