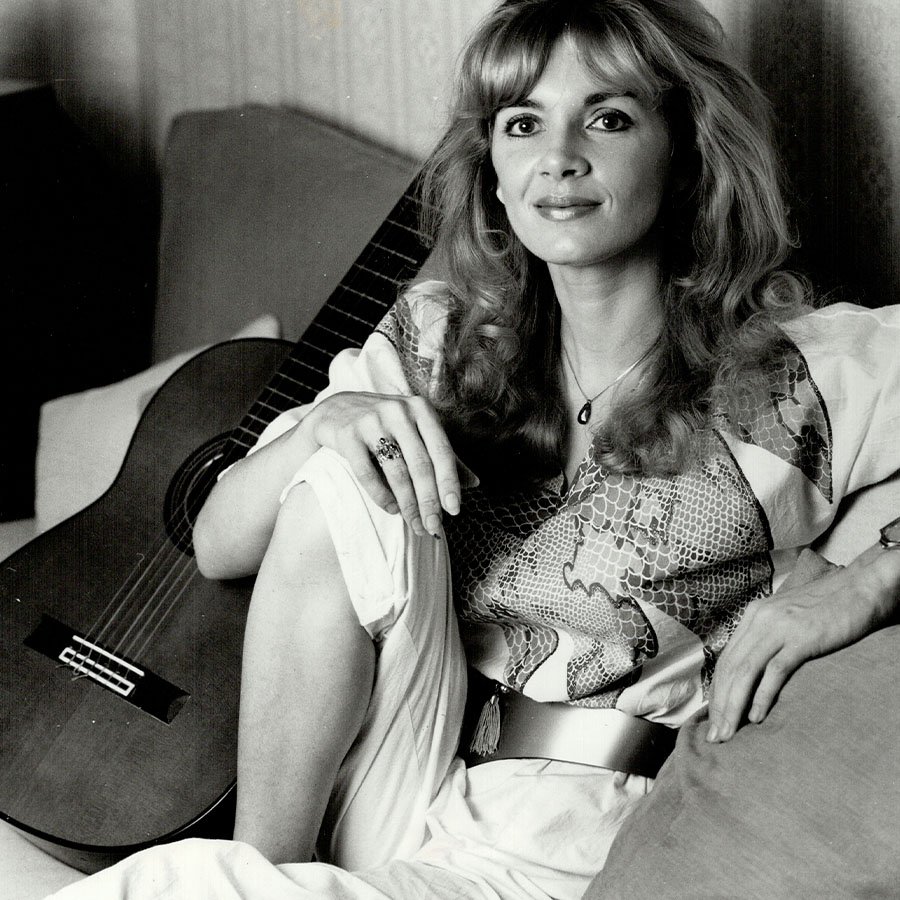 Five-time Juno Award winner and “First Lady of the Guitar,” Liona Boyd, has added her voice to the many tributes pouring in for Prince Philip, the Duke of Edinburgh, who passed away on Friday. Philip, the husband of Queen Elizabeth II, was 99 years old.

Here, in an excerpt from her memoir, No Remedy for Love, the legendary classical guitarist reveals her decades-long correspondence with Prince Philip — who types his own letters — which continued during her recovery from a fall several years ago in her Palm Beach home.

Prince Philip sent me two lovely letters wishing me a “speedy and uncomplicated” recovery and advised me to be patient. He expressed concern, writing, “I can only pray that it has not affected your guitaring arm!” I assured him that my hands were both fine.

He himself had just turned ninety-five and wrote that so far he had avoided any “dramatic accidents,” adding “quite how I have managed to get this far is a mystery—but I have enjoyed the journey so far!” My pen pal had certainly had lived a unique and fascinating life, and inhabited to perfection the role of attentive, loving spouse and supporter to our beloved Queen.

I remembered with affection how in 1993 Philip had sent Jack and me a telegram after the Los Angeles earthquake, hoping that our house had not suffered too much damage, and how in the nineties he had written to wish my cat, Muffin, and me a Merry Christmas!

He had always complimented me on the music I sent him, saying how much he enjoyed listening to both my instrumentals and my vocals. When he first heard my Camino Latino CD, he had written, “I think it’s brilliant and demonstrates your versatility” and a year later mentioned that it was still giving him pleasure. In another letter he had commented, “You have made a most significant cultural contribution to the universe,” and once had suggested that with the arrival of spring I might magically come across a new love. He was such a handsome and special prince, and I wanted him to live forever.

One July morning I received a call from Buckingham Palace and feared the worst. It was Paul Hughes, who was part of the Duke of Edinburgh’s Household, informing me in his lovely English accent that Sir Brian McGrath, Prince Philip’s personal assistant and loyal friend, had passed away the previous month at the age of ninety. How very sad for my royal friend, and how thoughtful of Mr. Hughes to have informed me.

Sir Brian had been my mother’s dinner companion many years ago at a World Wildlife Fund soiree, and he had once written a letter to me from Buckingham Palace regarding my performance at the Earl of Harwood’s estate. I had sometimes wondered if one of his duties was to assist by opening the personal mail. Did Sir Brian perhaps use a Victorian letter opener on my envelope then hand it on a silver platter to Prince Philip?

Did Philip ease himself into some cozy corner of Windsor Castle or Sandringham, wearing his silk and velvet smoking jacket, sipping tea or sherry while Sir Brian read my letters out loud, and did Sir Brian then take dictation for Philip’s replies to me?

Was he sometimes interrupted by the Queen, who might wonder to whom her husband was writing? Did an occasional corgi come by to sniff or nip at his leather slippers? Did he take my albums to Balmoral and, bundled up in a Hebrides wool sweater after an afternoon shooting grouse, play my music over dinner or share it with Her Majesty, or perhaps with Prince Charles and Camilla? How many other people were honoured to be his pen pal for thirty years, and how did he ever manage to find the time to correspond with me?

When I had sent him postcards from an unusual place, such as Devil’s Island, he had responded “You do get to some remarkable places!!” I was positive that his own world travels with the Queen had taken him to many more places than I had been, but I suppose after marrying he had never had the freedom to casually wander the backstreets of the world as I had been so lucky to do. He had once told me that his life was not quite as easy as it appeared to the public, yet he definitely excelled in his role as prince consort. How many official dinners and tedious speeches had my poor friend had to endure over his lifetime? How many times had he stood to attention listening to “God Save the Queen”? I completely understood how much he and the family relished private time up in Scotland, away from all their protocol-regimented days. For how many more years might this exceptional man be strong enough to write such fine and affectionate letters to me? It was all a mystery, but to my delight his registered Royal Mail stamped missives signed either “with love” or “yours ever” continued to arrive.

Knowing Prince Philip’s best years were running out, and that he was never going to return to Canada, I suggested I might come to England sometime so that I could serenade him with my song, “Love of the Horse,” that I had dedicated to him. Referring to his advanced age, he had told me jokingly that his body had started to give him “signs.” As my own body had also given me some “signs” with my recent accident, I felt it was important to me to see him at least one last time, and I would make every effort to do so. I knew
that if he were to depart this world I would be inconsolable for days. In spite of the three and a half thousand miles between us, few people, apart from family, had showed such kindness and concern for me over the years.

A version of this book excerpt appeared in the September 2017 issue of Zoomer with the headline, “A Palace Pen Pal,” p. 50-51.