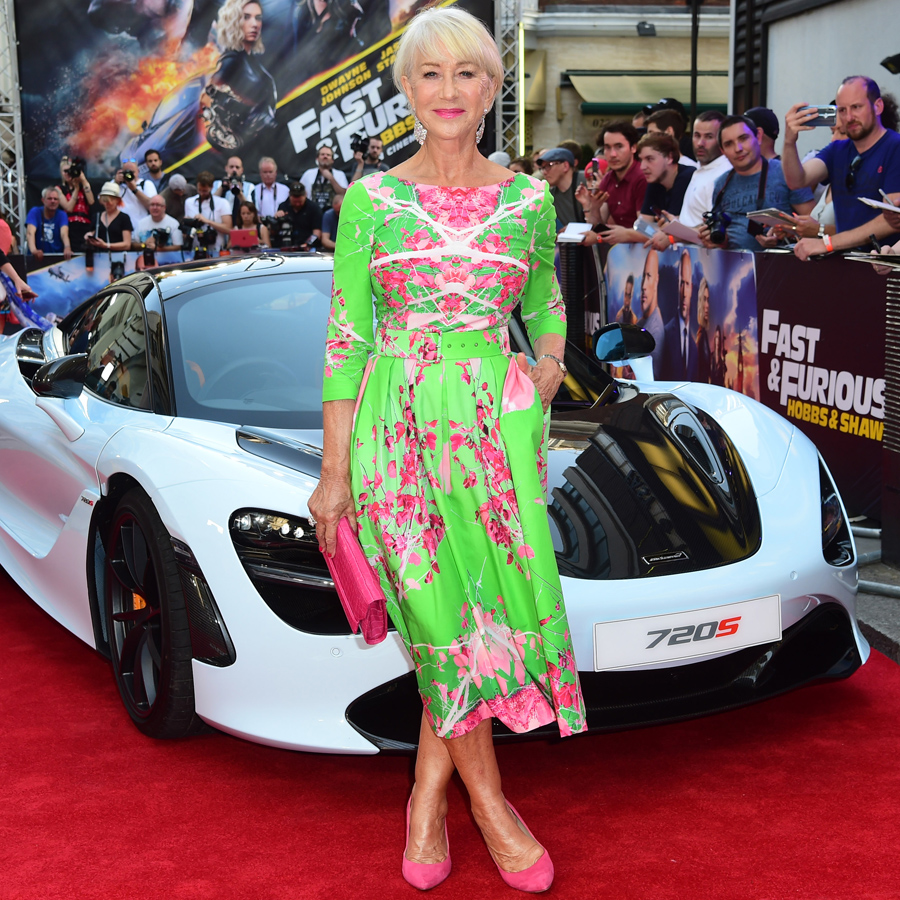 Helen Mirren, 75 — seen above on the red carpet for 'Fast & Furious Presents: Hobbs and Shaw' in 2019 — went viral Wednesday following the release of the 'Fast & Furious 9' trailer that includes a scene in which she leads a high speed police chase. Photo: Matt Crossick / PA Images via Getty Images

Helen Mirren finally got her wish.

The 75-year-old legend of stage and screen plays jail-breaking matriarch Magdalene Shaw in two films in the Fast & Furious action franchise — The Fate of the Furious (2017) and the 2019 spinoff Hobbs & Shaw. But when speaking with Zoomer for a 2019 cover story, she admitted that she had one more goal: convincing friend and franchise star, Vin Diesel, to give her a car chase scene in one of the upcoming movie instalments.

“I love driving and I end up in the back of an ambulance and then in jail!” she quipped at the time, referring to her Fast & Furious character’s on-screen troubles. “However, I live in hope that I can use my spectacular double de–clutch.” (That’s “gear-shifting” to us non-Brits.)

Well, on Wednesday, the new trailer for Fast & Furious 9, or F9, dropped, and it includes a quick clip of Mirren in the driver’s seat during a high-speed police chase, accompanied by Diesel, 53, in the passenger seat.

Getting her wish, Mirren, with a myriad of police cars on her tail, politely turns to Diesel mid-car chase and asks him in her gentle British accent, “Get the e-brake for me, would you darling?” And when he pulls on the brake, Mirren spins the car down a side street while turning back to offer a laugh to the pileup of police cars she’s left in her wake. It’s a blink-and-you’ll-miss-it moment in the trailer — which is cued up to the Mirren scene below — but it was enough to send fans into a frenzy on social media.

On Twitter, fans erupted with joy at the sight of the actress leading a police chase.

Meanwhile, editor and podcast host Imani Gandy shared a clip of Mirren from the 2013 action comedy Red 2 — in which she blows away the bad guys with a gun in each hand while speeding down a city street — to remind everyone of the actress’s action credentials.

F9 was originally slated for a 2019 release but was pushed back for various reasons including the COVID-19 pandemic. It’s now set for a June 25th release.

During her cover story interview with Zoomer, Mirren also discussed how she entered the Fast & Furious franchise by cornering Diesel at a party and telling him, “You have got to put me in one of your [Fast & Furious] movies!”

The pair became fast friends, with Mirren going on to explain how Diesel helped her set up her Instagram account. And in 2019, the pals shared a sweet behind-the-scenes video from the set of one of their F9 shooting locations, in which they discussed their mutual admiration.