5 Things We Hope to See in ‘Downton Abbey 2,’ From Historical Figures to a Classic Whodunit 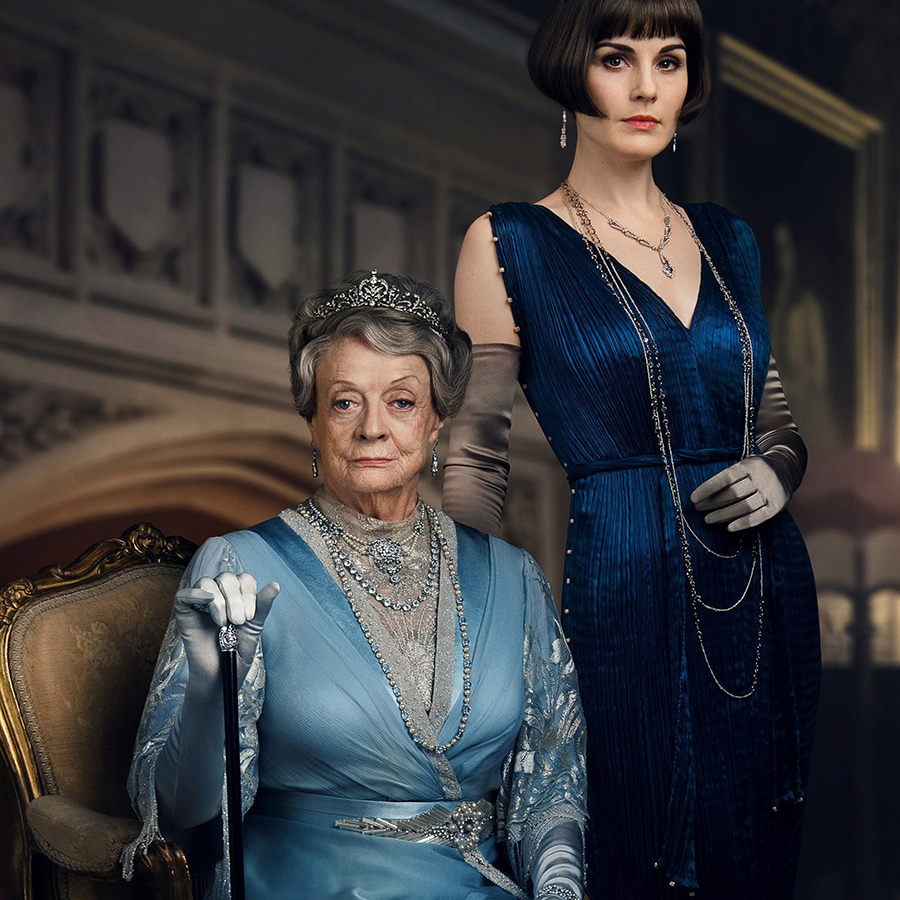 In 2019, the first Downton Abbey film — which premiered four years after the hit show wrapped up its six season run — reunited most of the cast for a plot revolving around the preparations for a royal visit from King George V and Queen Mary. It was among the biggest box office hits of the year and many fans kept their fingers crossed for a sequel.

This past February, those hopes came closer to reality when Hugh Bonneville, 57, who plays Lord Grantham, told a British morning show that the cast and crew hoped to begin filming a sequel after a COVID-19 vaccine roll-out: “We are desperate to do it. It’s the sort of pleasurable release of a movie like the first one that audiences would enjoy after all of this mess we have been through.”

And then, finally, today: the confirmation via an official announcement that Downton creator Julian Fellowes and the entire original principal cast — along with actors Nathalie Baye, Dominic West, Hugh Dancy, and Laura Haddock in as-yet unspecified roles — are officially on board to film a sequel, dubbed simply Downton Abbey 2,  this summer for a Dec. 22 release.

This time around, the lavish costume drama about the landed gentry and their household staff will be directed by Simon Curtis, 61 (My Week with Marilyn, Indian Summers), whose spouse of nearly 30 years, Elizabeth McGovern, 59, plays Cora Crawley.

“There’s no place like home for the holidays,” Peter Kujawski, chairman of Focus Features — the studio behind the upcoming movie — said in a statement, adding that, “we can’t imagine a better gift than getting to reunite with Julian, (producer) Gareth (Neame), and the entire Downton family in 2021 to bring the Crawley’s back home for their fans.”

But beyond the few details released today, the announcement provided no clues whatsoever about the direction the sequel will take. That, of course, leaves us free to speculate about the new casting and what we’d like to see when the gang hits the big screen again for Downton, part deux.

The Excitement of the 1930s

The original series spanned a dozen years, from the eve of the Great War through the social changes of the Jazz Age. Then, the first feature film took place two years after the events of the series finale, in 1927. Setting the sequel in the 1930s, then, would mean storylines could include a night out at the smash hit West End shows featuring Fred and Adele Astaire; remember, Adele retired from the legendary dance partnership with her brother to marry into the British aristocracy, via Lord Charles Cavendish.

But what if the gang fast-forwarded to, say, the mid-1930s? It would allow us to bring in the influence of Hollywood celebrity culture and the talkies and introduce the younger Crawley clan to start a long-running franchise. (Call it Downton Abbey: The Next Generation, since that worked for Star Trek and Degrassi.) There could be toothsome themes of politics and intergenerational friction as Mary and Edith’s tween and teen progeny (who are surely as opinionated and willful as their mothers were growing up) challenge their elders on everything from stuffy etiquette to the ethics of weekend shoots.

The first Downton movie saw the dowager countess, played by Dame Maggie Smith, now 86, match wits with the Queen’s lady-in-waiting, played by Imelda Staunton, 65. Here, the casting of venerable French actress Nathalie Baye, 72, has the potential for another formidable face off. We’d love to see the César-winner as a snob of aristocratic origins who doesn’t suffer fools (think: Sylvie in Emily in Paris), but maybe that’s too obvious.

Remember how Smith’s Duchess Crawley confided to granddaughter Mary (Michelle Dockery) at the end of the last movie that she was unwell? “I’m leaving the family and the place that I treasure in talented hands,” was the foreshadowing. If it’s cancer, then Baye could play a Marie Curie-type figure enlisted by Isobel Crawley (Penelope Wilton, 74) to consult on experimental medical treatments for the ailing Duchess.

Crawley cousin Lady Rose (Lily James, in her breakthrough role) rubbed elbows with the Prince of Wales in season four and we’d love to have the dashing, jet-setting prince back — ideally, played by new cast member Hugh Dancy — maybe this time for a fancy New Year’s Day hunt. And really, what else but another royal visit could bring Carson (Jim Carter, 72) out of retirement (again) to tut-tut at the unspeakable informality of it all.

The return of Lady Rose herself — who went off to America at the end of the television series and did not return for the first film — may prove too awkwardly meta, since, in 2020, tabloids speculated on whether James and new Downton cast member Dominic West, 51, had an affair during filming of BBC’s The Pursuit of Love series. But perhaps Mary’s son George is even a schoolmate of young Prince Philip at Gordonstoun!

A Time of Upheaval

The Downton series used world events and innovations as background (in a Wikipedia sort of way) and, rather than dramatize the Black Tuesday crash of 1929 itself, I’d love to fast-forward a few years into the fallout and the new social order on the horizon. Below stairs, will Mrs. Patmore (Lesley Nicol, 67) and the household be further reduced in numbers and — as inventions modernize homes and kitchens — suspicious of the newfangled flash frozen foods recently patented by Clarence Birdseye?

The time has also come for Downton to fully contend — in its glancing way — with the reality of class and servants. We’d love to see a cameo from socialist campaigner Ethel Mannin, who worked to abolish class distinctions and stop exploitation in domestic service (assistant cook Daisy, played by Sophie McShera, is the most likely character to fall under her sway and attempt reform from this idealized view of the class system).

The early 1930s was also the rise of Fascism in Europe and in that era, British politician Oswald Mosley, leader of the British Union of Fascists, moved virtually unscathed through polite high society alongside the likes of people like the Crawleys. At the time of the television series, Fellowes demurred and said he had already explored those themes through Gosford Park (the movie that earned him the Oscar for best screenplay). But that was twenty years ago and the themes and facets of fascism, racism, and social inequality are more relevant in today’s political climate than ever.

The butler, in the library, with the candlestick that the footman hasn’t polished properly.

In the first movie, the biggest nail-biter was whether the boiler would be repaired in time. Given the release timing, the debut of an entertaining period caper in the tradition of England’s annual ‘Christie for Christmas’ would be a welcome surprise.  It’s around that time of year that Agatha Christie published her first Miss Marple novel, after all, and Fellowes’ own niece — Jessica Fellowes — writes a 1930s mystery novel series featuring the Mitford sisters.

So picture it: a détente between the sisters, whose competitive households must collaborate above and below stairs to solve a crime by New Year’s Day in order to save the Crawley family reputation. And as usual, Mr. Molesley, played by Kevin Doyle, 61, could save the day.