The 2021 Oscars Were Both the Oldest, and Wokest, Academy Awards Ceremony In History 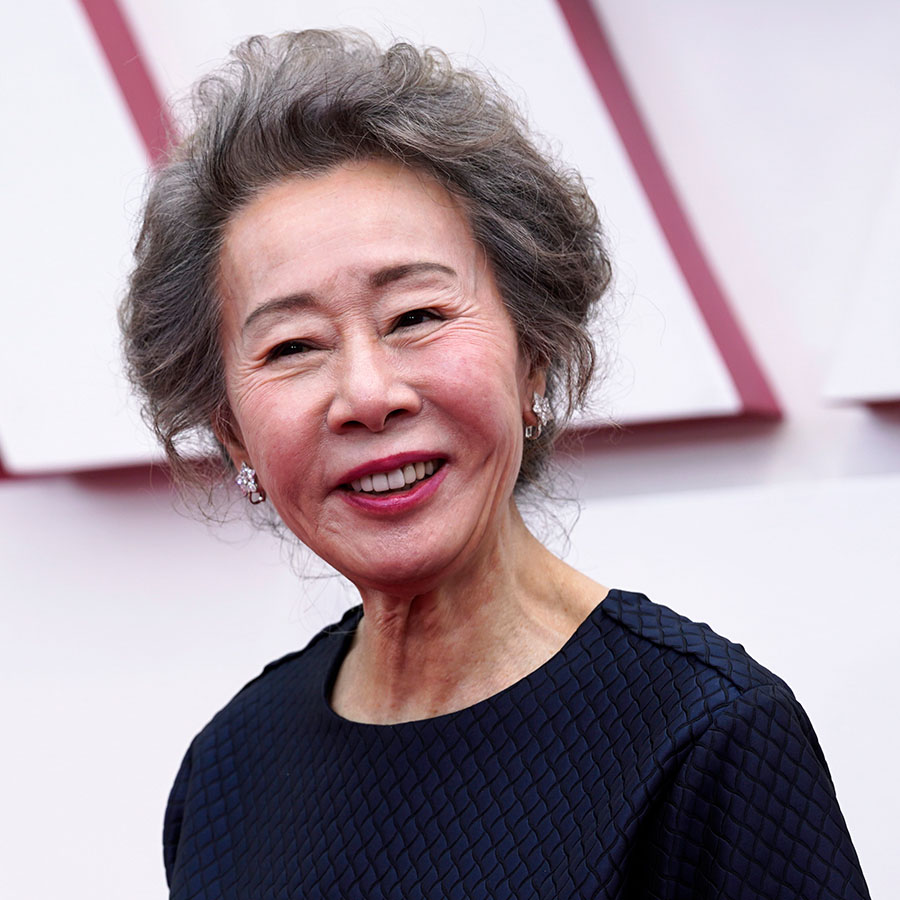 The Oscars, and the Academy that presents them, often prove painfully divorced from the times in which they occur — too white, too privileged and too aloof to the social change happening just beyond the red carpets and gilded statuettes.

In many ways, however, the 93rd Academy Awards, which took place last night, seemed to turn the tide. Is it a permanent shift? Time will tell. But over the course of a pandemic-altered ceremony,  the 2021 Oscars bridged generations and proved to be perhaps the oldest and the wokest in history.

The generational call backs began with the nature of the ceremony itself — only the fourth in history to be delayed from the planned date following the Oscars in 1938 (postponed due to historic flooding in Los Angeles), 1968 (following the assassination of Martin Luther King Jr.) and 1981 (after the attempted assassination of President Ronald Reagan, which occurred on the day the Oscars were scheduled to take place).

And this year’s ceremony took place in part at the newly renovated Union Station in Los Angeles — a major transit hub built in 1939 and since dubbed the “last of the great train stations” (which was actually in use for train and bus commuters as the Oscars aired).

Inside the Oscars, we saw three winners in their 70s and 80s make history, beginning with famed costume designer Ann Roth, 89, who became the oldest female Oscar winner ever in any category — and second-oldest Oscar winner ever in any category — when she won for Best Costume Design for Ma Rainey’s Black Bottom. Call Me By Your Name screenwriter James Ivory was only a few months older than Roth when he won his Oscar at age 89 in 2018.

Meanwhile, 83-year-old Anthony Hopkins broke the record that Christopher Plummer set at age 82 in 2012 as the oldest winner of an acting Oscar in history.  Hopkins not only won the Best Actor Oscar for portraying a man sliding into the depths of dementia in The Father, but he nabbed the award 29 years after winning the same award in 1992 for playing Dr. Hannibal Lecter in The Silence of the Lambs — one of the longest gaps between wins in Oscar history.

Hopkins, though, was not favoured to win, and the Academy inexplicably bucked tradition to present the Best Picture award early, leaving the Best Actor award for last. The move led many to speculate that the late Chadwick Boseman — who died last year at age 44 — would win the award in a touching finale. Hopkins, who did not appear at the Oscars, paid tribute to the Ma Rainey’s Black Bottom star in a video recorded in Wales the following day.

“At 83 years of age, I did not expect to get this award,” he says in the video, before adding, “And I want to pay tribute to Chadwick Boseman, who was taken from us far too early.”

With her win for Best Actress for Nomadland, Frances McDormand, 63, joined the ranks of Meryl Streep, Daniel Day Lewis and Jack Nicholson as the only people to win three acting Oscars. And the smart money is on either her, or Streep, 71, to eventually eclipse Katharine Hepburn’s record of four.

And in a highlight of the evening, Minari star Yuh-Jung Youn won her first Oscar at age 73, for Best Supporting Actress, while also becoming the first Korean actress ever to win an Oscar. She charmed viewers with the acceptance speech of the night, including frankly addressing Brad Pitt, one of the Minari producers and the person who announced her win (“Finally, nice to meet you, where were you when we were filming?”), celebrated her fellow nominees, forgiving people in America and Europe for mispronouncing her name and calling out her sons who “made me go out and work. This is the result, because mommy worked so hard.”

Backstage, following her win, she spoke to reporters about the importance of celebrating diversity.

“It’s about time. It’s very nice to understand each other, and we should embrace each other because without knowing or categorizing, we people are categorized like Black, white, yellow, brown, something like that. That’s not nice way to just divide like that,” she said. “I don’t like to divide like this. Man, woman, Black and white, yellow, brown, gender, gay, straight, or something like that. I don’t want that kind of thing. We are equal human beings. We have the same warm heart.”

That “woke” attitude Yuh-Jung Youn espoused permeated the Oscars, which in recent years came under fire (See: #OscarsSoWhite) for its lack of diversity in both nominees and winners.

This year marked the first time two women had been nominated in the Best Director category, with Nomadland director Chloé Zhao, 39, completing her history-making award season run by becoming the first woman of colour and only second woman overall to ever win the award. Emerald Fennell, 35, who played Camilla Parker Bowles in Season 4 of The Crown, was also nominated for directing Promising Young Woman. And while she didn’t win, she did nab the award for Best Original Screenplay for the film.

As well, Mia Neal and Jamika Wilson made history as the first Black winners of the Best Makeup and Hairstyling Oscar for their work on Ma Rainey’s Black Bottom. “I want to say thank you to our ancestors who put the work in, [and] were denied but never gave up,” Neal said in accepting the award. “Jamika and I break this glass ceiling with so much excitement for the future, because I can picture Black trans women standing up here. And Asian sisters. And our Latina sisters. And indigenous women. And I know that one day it won’t be unusual or groundbreaking. It will just be normal.”

Meanwhile, Soul, the Pixar film that won the Oscar for Best Animated Feature, is the first from the studio to revolve around a main character who is Black.

Going into the Oscars, for the first time in history, nine of the 20 acting nominees were BIPOC stars, making this the most diverse Oscars ever. That includes the first time that the Best Actor category featured three nominees of colour — Steven Yeun (Minari), Riz Ahmed (Sound of Metal) and Boseman (though Hopkins ultimately won). However, Daniel Kaluuya, 32, continued his award season dominance by picking up the Oscar for Best Supporting Actor for his work in Judas and the Black Messiah.

Ahmed, a British actor of Pakistani descent, became the first Muslim actor to receive a nomination in the Best Actor category and the first actor of Pakistani descent to receive a nomination in any acting category. And, as Gold Derby pointed out, while Yuh-Jung Youn and Yeun are the first two Korean actors ever nominated for acting Oscars, the combination of them and Ahmed made history as “the first time three Asian actors have been nominated concurrently.”

Outspoken at the Oscars

The Academy Awards are no strangers to stars using the stage as a platform to speak out for social justice, going all the way back to Marlon Brando declining to accept his Best Actor Oscar for The Godfather in 1973 and sending Apache actress and activist Sacheen Littlefeather in his place out of protest of Hollywood’s treatment of Native Americans.

This year, Regina King, 50, kicked off the broadcast with an introduction that included a mention of the Derek Chauvin guilty verdict in the murder of George Floyd, noting, “We are mourning the loss of so many, and I have to be honest, if things had gone differently this past week in Minneapolis, I might have traded in my heels for marching boots.” She added that, “I know that a lot of you people at home want to reach for your remote when you feel like Hollywood is preaching to you. But as a mother of a black son, I know the fear that so many live with and no amount of fame or fortune changes that.”

Travon Free, 35, who shared the Oscar for Best Live Action Short with co-director Martin Desmond Roe for the film Two Distant Strangers, wore a black and gold Dolce and Gabbana suit inscribed with the names of Black people killed by police violence. He spoke about the subject in his acceptance speech for the film, which is about a young Black man who gets caught in a time loop and must relive a fatal encounter with a white police officer as he attempts to return home.

And actor, director and screenwriter Tyler Perry, 51, who was honoured with the Jean Hersholt Humanitarian Award, spoke out about prejudice and hatred in his acceptance speech.

Winning the Oscars … In a Different Way

And while the 74-year-old didn’t take home the statuette, she did go viral when actor and comedian Lil Rel Howery asked her to identify a song clip and correctly named the 1988 tune “Da Butt,” by the group E.U., from the soundtrack to the Spike Lee film School Daze from the same year.

She went on to drop some facts about the song — which many believe was a staged sketch — but then went on to show off her dance moves while conquering social media in the process.