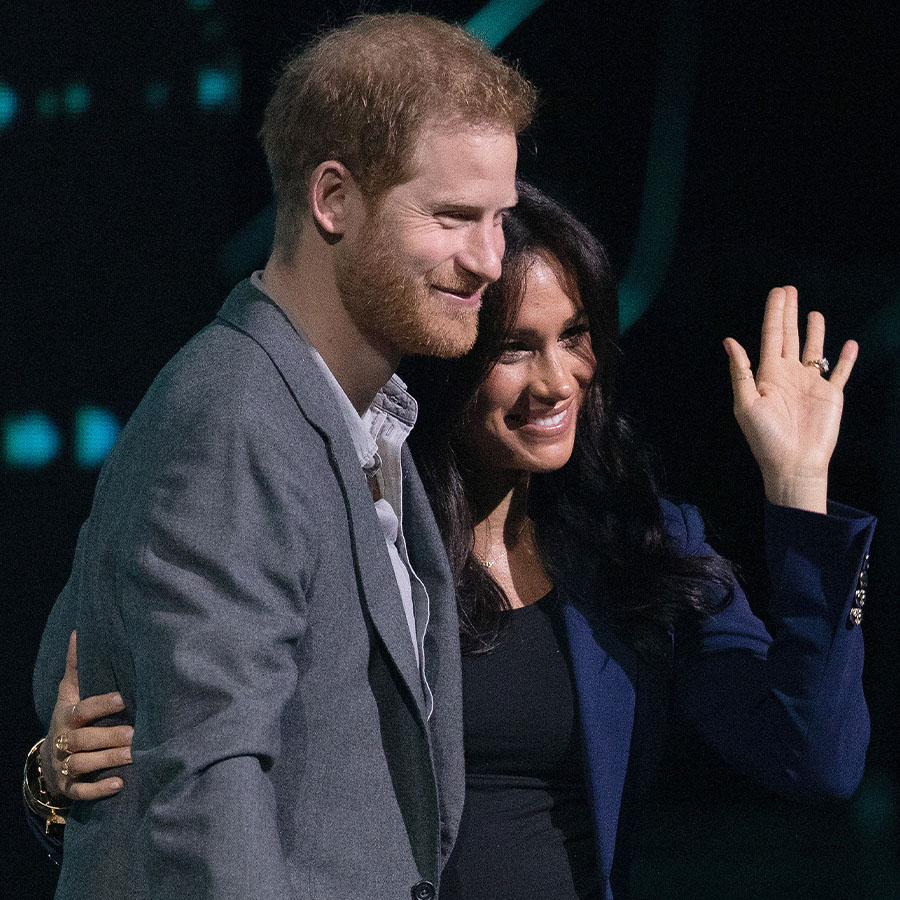 Prince Harry, Duke of Sussex and Meghan, Duchess of Sussex on stage at We Day UK at SSE Arena on March 06, 2019 in London, England. Photo: Jo Hale/Redferns

What goes up at the same time it comes down?

The answer: Approval ratings for Harry and Meghan.

With the announcement that the Sussexes will be serving as campaign chairs of Global Citizen’s Vax Live: The Concert to Reunite the World, Americans are mostly atwitter with approval for the socially conscious celebrity couple.
Online comments are generally positive about Squad Sussex leading the international fundraising initiative.

“Both as a couple and individually the Sussexes are very good at seeing projects through and getting results,” wrote one Twitter admirer, replying to the ABC News tweet announcing their participation.

“Looking forward to this amazing project and very much needed. Love Harry and Meghan,” posted another.

Meanwhile, Brits are more disapproving than ever of Harry and Meghan. The couple’s approval rating dropped even more after Prince Philip’s funeral, even as that of the Queen, Prince Charles and Prince Edward climbed.

A YouGov survey between April 21 and 22 shows that only 43 per cent of Britons have a positive opinion of Prince Harry, while 49 per cent regard him negatively, a drop of three points from March 12.

Meghan’s popularity scores also fell slightly, again following a sharp decline in March after the Oprah tell-all interview. While 29 per cent of Brits have a positive opinion of the duchess, 61 per cent view her negatively, according to the survey.

At the same time, Meghan’s sister-in-law, the Duchess of Cambridge, is becoming more and more beloved — especially by the Daily Mail whose writers and readers regularly exorciate the Sussexes.

“A Royally Good Sport!,” proclaimed the newspaper in huge headline, referring to Kate’s misadventure with a golf ball.

Dislike for Meghan, in Harry’s home country, is unlikely to change — even with the Sussexes earnestly announcing today, on their Archewell Foundation website, that they’ll be “helping lead a worldwide effort to equitably distribute the COVID-19 vaccine to everyone, everywhere.”

“Over the past year, our world has experienced pain, loss, and struggle—together,” the duke and duchess wrote in a press release. “Now we need to recover and heal—together. We can’t leave anybody behind. We will all benefit, we will all be safer, when everyone everywhere has equal access to the vaccine. We must pursue equitable vaccine distribution, and in that, restore faith in our common humanity. This mission couldn’t be more critical or important.”

Global Citizen is “a movement of engaged citizens who are using their collective voice to end extreme poverty by 2030,” according to Global Citizen Canada. The organization sponsored a benefit concert in Canada in 2016.
Vax Live will be hosted by Selena Gomez with performances from Jennifer Lopez, H.E.R. J. Balvin, Eddie Vedder and the Foo Fighters.