Fanny: Pioneering 1970s Female Rock Band Finally Gets Their Due in New Doc ‘Fanny: The Right to Rock’ 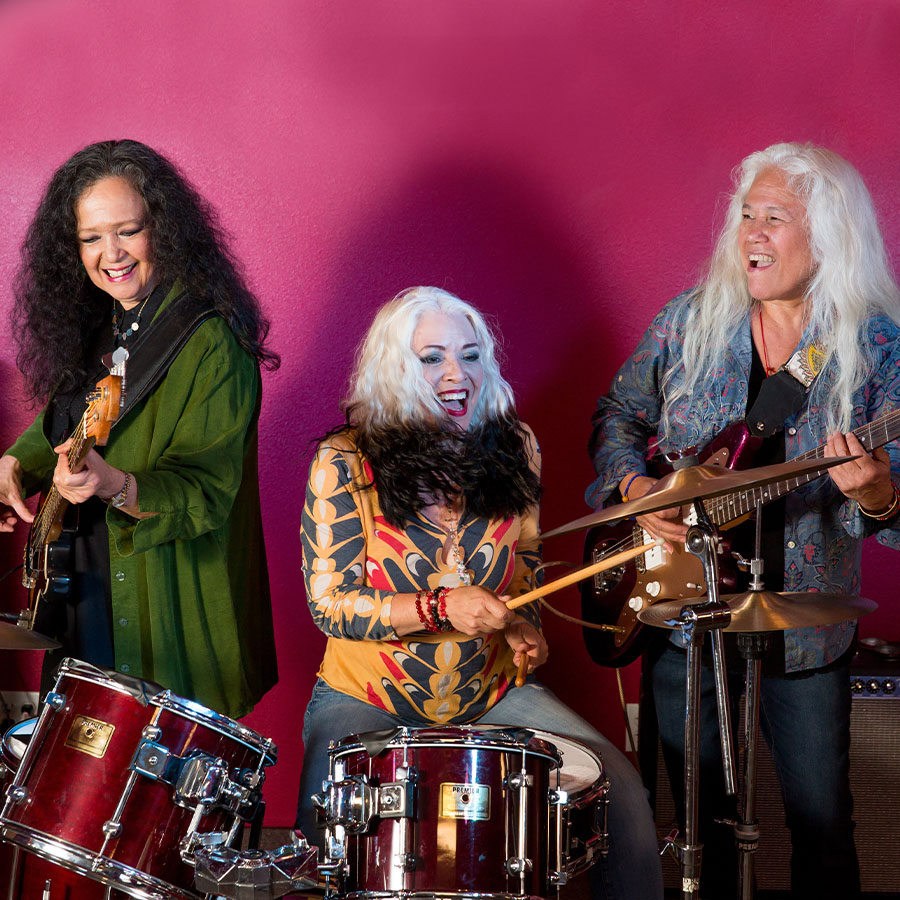 After previewing the documentary Fanny: The Right to Rock, which premieres via streaming on April 29 as part of the Hot Docs Festival, I couldn’t stop smiling. It’s a hell of a heartwarming story about female rock music pioneers infused with the heady heyday of the music scene in Los Angeles in the 1970s.

It’s a reaction that was immediately followed by, “How could I not have known about these women, the first all-female rock band signed to a major label to release an LP?” David Bowie was a huge fan! They toured with Chicago and Steely Dan! They had a legendary rehearsal/party pad in Hollywood in which they all lived called Fanny Hill, where the Rolling Stones hung out and Bonnie Raitt stayed over and Joe Cocker ate muffins in the kitchen. They played legendary venues like the Troubadour, Fillmore East and Carnegie Hall.

When I spoke with the film’s director, Bobbi Jo Hart, 55 — a California-born, award-winning documentary filmmaker now residing in Montreal — the first thing I told her was, “I’m embarrassed to say I had never heard of Fanny.” She jumped in, “Neither had I!”

It turns out that Hart was doing some research on the Taylor guitar site to buy a new instrument for her then-12-year-old daughter Phoénix Hart when a retro photo and bio of Fanny’s lead guitarist, June Millington, popped up. “I was so thrilled to discover Fanny,” she says. “This is the greatest rock band you’ve never heard of.”

Fanny existed, in various iterations, from 1969 through 1975. It morphed out of a backyard high school band in Sacramento, where sisters June (lead guitar) and Jean (bass) grew up. The string-playing Millington sisters were born in the Philippines, to a Filipino socialite mother and an American naval officer father; the family moved to California when they were young.

Signed to Reprise Records as a quartet in 1969, Fanny released five albums — though their lineup shifted as various members got pregnant, got cut by the label, quit to go solo, got burned out, or left because their heart wasn’t in it any longer. In addition to Millington sisters, the roster at various times included Brie Darling (drums), Alice DeBuhr (drums), Nickey Barclay (keyboard) and Patti Quatro, who replaced June on lead guitar when the latter left the band in 1973. All but Barclay came back to talk about their Fanny years for the film.

There is much subtext for Hart to chew on here. To start, there’s the basic misogyny. As Earl Slick, David Bowie’s guitarist and Jean Millington’s former husband, says in the film, the problem with being a “first” at something in the arts is it’s the ones who start things who get screwed. “Trailblazers get lost in the dustbin of history.”

To rewrite that narrative, some famous faces appear in the film to give testimonials to Fanny’s groundbreaking impact on later, better-known, “girl” bands, including Kate Pierson of the B52s and Kathy Valentine of the GoGos.

There was also racism in the mix: the Millington sisters are Filipino-American, as is another original Fanny member, Brie Darling. Then add in homophobia: a number of the members of the band were lesbians but, at the dawn of the 1970s, had to hide it.

The women boasted a great fashion look that was true to their own, natural styles — long, centre-parted hair, belled blue jeans, peasant blouses and crocheted tops — but when the glam rock period of the mid-’70s intruded, their label started to require them to wear more revealing clothing.

“They were teenagers when they signed their record deal,” says Hart. “They were getting paid next to nothing. They were thrilled at the time to have someone pay their way on the road. But they signed so many of their rights away.”

What the documentary reveals is how hard the women worked, touring continually and writing music on the road for the next album. Sure, they were also “partying, dropping acid, smoking pot, trying all different kinds of things,” says Hart. But, as she quotes June from the film, saying, “‘We were the point of the spear,’ and as such, they had to keep their wits about them.”

Hart herself is a transplant to Montreal, where she has lived for two decades with her husband — filmmaker Robbie Hart, who is also a co-producer with Bobbi Jo on Fanny — and guitar-playing daughter Phoénix.

Fun fact — Hart’s brother-in-law is Canadian rocker Corey Hart, who has contributed music to her documentary projects. Those include She’s Got Game (2003), a coming-of-age story shot on tennis courts around the world during the WTA tour, and I’m Not a Rock Star (2012), an eight-year project following a piano prodigy that won the Canadian Screen Award for Best Performing Arts or Arts Documentary Program in 2014.

“My 25-year filmmaking career has been dedicated to bringing untold stories of extraordinary girls and women to the screen,” Hart says.

She adds that she was looking for a way to tell the story of Fanny when serendipity intervened. She had been in touch with June Millington, now 73, who founded, with her life partner, a rock camp for girls in Massachusetts called the Institute for Musical Arts. Then, when Hart was in Washington with her daughter and family for the 2017 Women’s March, she saw someone she thought might be June grooving away behind Madonna on the stage.

Hart texted her the next day and found out it was the former Fanny lead guitarist on the stage with the Material Girl. She also discovered that three of the members of Fanny — June, her sister Jean, 71, and Brie Darling, 71 — had just signed to make a new Fanny album.

Recording for what would become Fanny Walked the Earth (released in 2018 by Blue Elan Records) began the next month, so Hart scrambled to rearrange her life to get there to film the studio reunion. In this present-day opportunity she found her way into the story.

“I wanted not just the historical perspective,” she says, “but forward momentum to the narrative, so we could look back and contextualize it.”

Thus, Hart could also include the latest barrier the trio of musicians find themselves scaling: ageism.

The women were all in their late 60s recording the sixth Fanny album and Hart says she was moved by something Jean said on camera, that things haven’t changed that much since their trailblazing days. “There still a glass ceiling. It is still hard for a woman to prove she can rock out and play. It is still a very male dominated industry.”

Despite excellent critical reviews back in the day, the band never did have a breakthrough, chart-topping hit. Their musicality was always appreciated by their peers though — evidenced by Todd Rundgren and Bonnie Raitt appearing in the doc to discuss that aspect.

She also shows press clippings from Fanny’s heyday to illustrate how often the women were asked by music journalists such stimulating and penetrating questions as “How does it feel, as a girl, to hold an instrument?”

Hart’s motivation in digging into this rich, untold story grew the more she learned about the band’s story in the process of interviewing and shooting the film.

“History is written by the victors,” she says. “So feisty women — especially women of colour and those in the LBGTQ community — must take the reins to help rewrite the history that has excluded them.”

And beyond rewriting history, Fanny is preparing to add another chapter. Along with the premiere of Fanny: The Right to Rock at Hot Docs, the band will reunite for a free online concert on May 5 at 5 p.m. ET (details on how to watch will be posted at this link ahead of showtime).

Oh, and that casual mention of David Bowie, the ardent Fanny fan? He once declared: “One of the most important female bands in American rock has been buried without a trace. And that is Fanny … Revivify Fanny and I will feel that my work is done.

With this documentary, he may this just get his wish. Fanny: The Right to Rock premieres (virtually) on April 29  at Hot Docs and runs through May 9. Click here for more information on the film and how to stream it.

As well, the documentary will play at other Canadian film festivals across the country this summer, including Vancouver’s DOXA Documentary Film Festival (May 6-16), Edmonton’s NorthwestFest (May 6-16), the Calgary International Film Festival (Sept. 23 – Oct. 3) and others to be announced.

The Guy in Shades: Corey Hart On the Importance of Family and His Return to The Spotlight