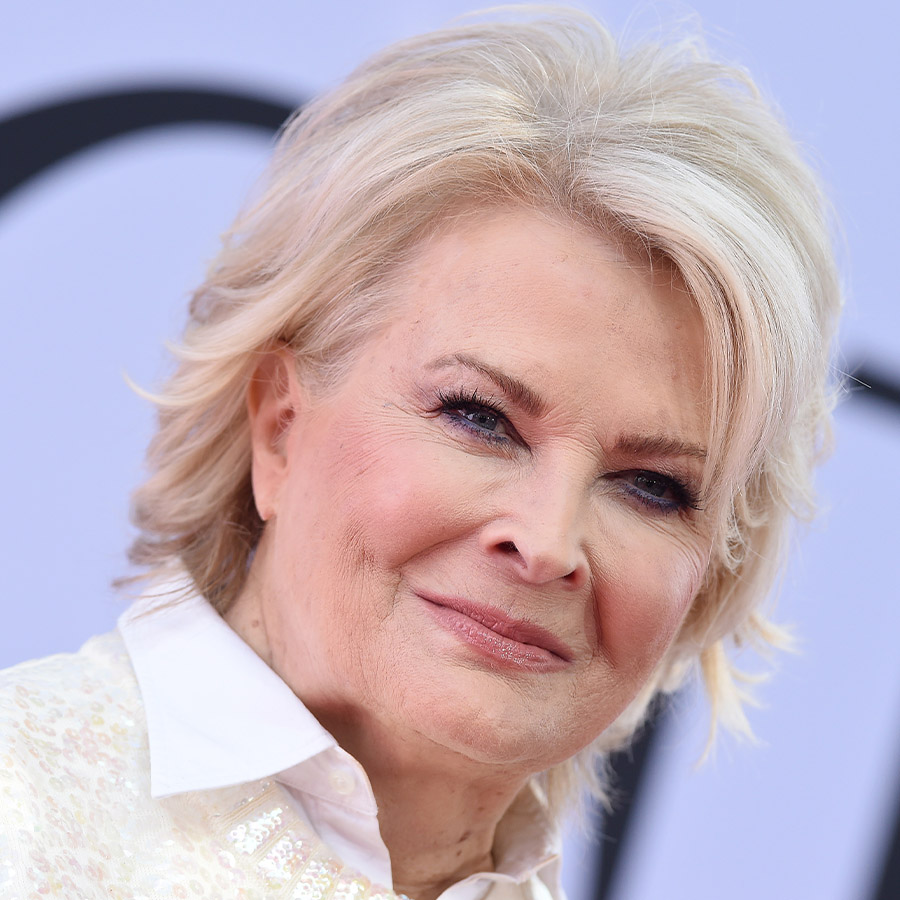 Candice Bergen, seen here in 2018, has repeatedly challenged stereotypes around aging throughout her life and career, from her hit sitcom 'Murphy Brown' to taking on a new business venture in her 70s. Photo: Axelle / Bauer-Griffin / FilmMagic via Getty Images

If getting old gracefully, wisely and gorgeously were a brand, it would belong to Candice Bergen.

The show business icon celebrates her 75th birthday on Sunday (May 9) and, as always, she’s ahead of the pack, taking aging in stride and setting the tone for the rest of us.

“There’s nobody more vibrant than us, frankly,” she told Mindfood in a 2018 interview when asked about being paired with actresses Jane Fonda, Diane Keaton and Mary Steenburgen — whose ages ranged from their 60s to their 80s — in the film Book Club.

The truth is, Bergen cares a lot, about a lot of things. She just doesn’t care about stuff like wrinkles and weight and being an old lady. In her 2015 memoir, she wrote, “‘In the past 15 years, I have put on 30 pounds. I live to eat. Let me just come right out and say it: I am fat.”

Rather, Bergen famously used her Hollywood profile and role as tough-as-nails Murphy Brown in the late 1980s and through the 1990s to help change attitudes about women’s roles in society. You could say that Candice Bergen’s Murphy Brown was the forerunner (foremother?) of the “nasty” women like Hillary Clinton, Nancy Pelosi and Kamala Harris who now relish that reputation.

Murphy Brown ran from 1988 to 1998, with Bergen playing a TV news journalist based in Washington, D.C. and anchor for a TV newsmagazine. But it was the character’s personal life that proved controversial and ground-breaking. She was a recovering alcoholic, had to deal with breast cancer and became a single mother in her 40s, outraging American conservatives.

During a campaign rally speech in May 1992, then U.S. vice-president Dan Quayle said that Bergen’s character was “mocking the importance of fathers by bearing a child alone and calling it just another lifestyle choice.” It’s probably the most high-profile gaffe he’s remembered for. And of course, in true Murphy Brown fashion, Bergen, as the fictional journalist, responded to Quayle on the show.

Murphy Brown returned for one season in 2018 with the original cast but didn’t attract enough viewers to be renewed. The show focussed on the divisive politics, culture and media in the U.S. at the time, the #MeToo movement, dealing with fake news and openly attacking Trump.

But Murphy Brown wasn’t Bergen’s only groundbreaking role. In 1975 she was the first woman to host Saturday Night Live and had several return hosting gigs. (In December she reminisced about the cocaine-fuelled culture of SNL in the ‘70s.)

Bergen’s screen career actually began in 1966 (55 years ago!) with the film The Group. The 20-year-old had the looks of a starlet but she also had the connections — the film’s director, Sydney Lumet, was a good friend of her father, the eminent ventriloquist Edgar Bergen. (Yes, there was a time when a ventriloquist could be eminent.)

In fact, the actress’ beauty was so striking that Jane Fonda recalls meeting her for the first time when her boyfriend introduced her to a not-yet-famous 17-year-old Bergen. Fonda, in an interview with People magazine in 2018, said that Bergen was standing on a ladder and that, upon seeing her, she wanted to push her off of it because she was so beautiful.

The two legendary actresses made their first movie together, Book Club, along with Keaton and Steenburgen, in 2018.

Bergen herself has lived a large life, even outside of her acting career. She’s been a model, a highly regarded professional photographer (“I love Instagram,” she once exclaimed) and started a business in 2016 at age 70 called Bergen Bags — for which she hand-paints handbags that boast the tagline, “From One Old Bag to Another.”

“Friends and colleagues send me their favourite bags and I personalize them with my drawings,” she explains on the Bergen Bags website. “I should say that I am not a painter… I used to draw cartoony things and I wasn’t bad at that. It has been a sharp learning curve but enjoyable. I set up my paints on the long table on our porch in East Hampton, put golden oldies on the radio and work happily. At the age of 70, it is fun to do something I haven’t done before.”

It costs about $1,000 for Bergen to decorate your bag and the money goes to charity, mainly the American Society for the Prevention of Cruelty to Animals.

Bergen enters the three-quarter-century mark of life with confidence and contentment. Widowed in 1995 after a 15-year marriage to French director Louis Malle, she married New York real estate magnate Marshall Rose in 2000. Bergen’s daughter, Chloe Malle, a Vogue editor, was married in 2015 to financial analyst Graham Albert in a fairytale wedding at the Malle estate in Provence, Le Coual.

One year ago, Chloe gave birth to Bergen’s first grandchild, a boy named Arthur Louis Albert (known affectionately by grandma as “Artie”). In December, Bergen and her husband listed their East Hampton’s home for $18 million.

Growing old has been a relatively easy passage for Bergen, except for some health hazards. She suffered a stroke in 2006 while filming Boston Legal and broke her pelvis six years later in a bike riding accident.

More recently, she said, “My age now is the best I’ve ever felt — aside from the fact that I have two fake hips.”

She’s also been open about having cosmetic surgery for professional reasons.

“I had my eyes done after the pilot of Murphy Brown when I was 41,” she told People magazine, “and then the next year I had these two (neck) muscles under here done, because TV half-hour lighting can be harsh.” But she added, about doing more, “I’m clearly in need but I frankly just don’t care enough.”

She added that aging out of being considered “a beauty” never bothered her: “My parents were very smart with me and never focussed on my looks and I have as a result very little vanity for a woman. I look older and I haven’t had a facelift … And I think, as you get older, you should look older. I’m with a lot of friends who are my age and I look like their grandmother.”

In her Mindfood interview, she noted that she never concealed her age because, “we should feel privileged to grow older.”

To the observation that she’s had a great life, she replied, “And it’s not over.”