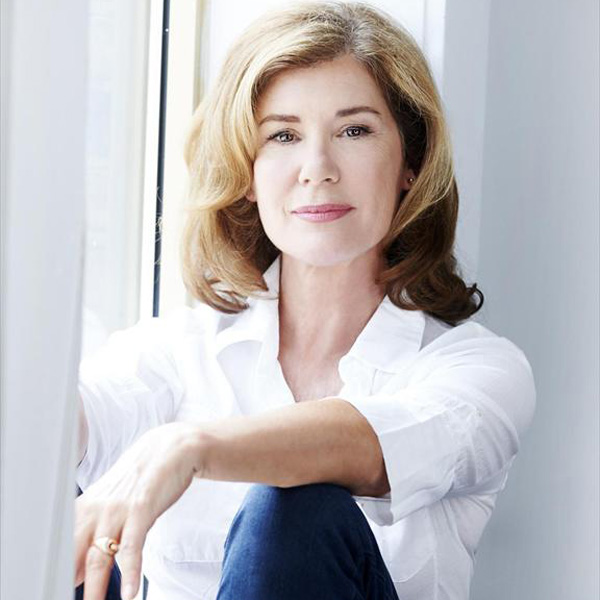 After growing up on a dairy farm south of Ottawa, award-winning actress Sonja Smits, 62, has returned to the country. These days she lives mostly in Prince Edward County, Ont., near the Closson Chase winery that she and husband — Canadian film and TV producer Seaton McLean — founded more than twenty years ago.

The highlights of her on-screen career include memorable leads in the 1983 sci-fi horror Videodrome and the TV series’ Street Legal and Traders, in addition to acclaimed stage roles. And this month she’s back on screen starring in Drifting Snow, a modest character-driven indie film that begins streaming on May 11. It’s her first film role since the 2006 crime drama One Way.

Local filmmaker Ryan Noth initially approached Smits through the winery when his idea for Drifting Snow — about two strangers thrown together following a car accident just as they’re each at a crossroads in their own lives — was just a fifteen-page treatment inspired by the short stories of Alice Munro and films by director Kelly Reichardt (Old Joy, Certain Women).

“I thought it was something really quite beautiful and lyrical,” the actress says of joining the project and shaping the role of Joanne, a potter whose husband (played by Colin Mochrie) has recently died. It helps that Drifting Snow was also filmed at her doorstop — on location at diners, art galleries, secondhand stores and ferry crossings that will be familiar to Prince Edward County regulars. (The County itself also becomes a character through Tess Girard’s stunning landscape cinematography.)

From her home, Smits spoke with Zoomer contributor Nathalie Atkinson about coming back in to the big screen and how Drifting Snow’s narrative themes hit close to home in more ways than one.

NATHALIE ATKINSON: What attracted you to playing Joanne?

SONJA SMITS: One of the things that attracted me, quite frankly, is there’s very few opportunities now beyond a certain age for a full role. You often come in and do a kind of cameo or little bits and pieces, but to actually have a storyline that you carry through? A lot people don’t seem that interested in women over a certain age or even people over a certain age. So it was a rare opportunity to explore someone who is also at a time of passage in her life. And also the landscape — to celebrate what I love. Nature and being out in it has almost a spiritual kind of connection for me and to play a character who’s connected to that was a wonderful thing to be able to do.

NA: The character seems of a piece with Carrie (Street Legal) and Morag (The Diviners, 1993) and Sally Ross (Traders) — the resilient women you’re best known for, yet stripped of the polished glamour we associate with those roles.

SS: That was another thing — okay, you want me as stripped down as you can, and with natural light! It was a very, very small crew — so minimal. I don’t think I’ve ever had that tiny a crew! But what it allowed was a very intimate and open performance opportunity.

NA: In recent years you’ve guested on series like Mary Kills People and Murdoch Mysteries. What does a project or role take to lure you in front of the camera these days?

SS: I just actually shot something yesterday that I can’t talk about yet, a small part. It’s light and it’s funny because I felt like I needed to have some fun! Honestly, not that I’ve retired, but I’ve had a very very good [run] and been very fortunate in my acting career and life and have been able to do some marvellous things. So I’m sort of satisfied with that. I don’t have any grand ambitions anymore. But if something comes along that is challenging or interesting, or I like the project, then I want to support it.

NA: Every other article these days seems to be about people leaving the city for the country, yet the movie was shot two years ago.

SS: It’s amazingly prescient. A year ago we were a day-and-a-half away from opening at the Canadian Film Festival [in Kingston] and it got shut down from the first lockdown. And now we’re in the third [pandemic wave] and it’s finally being released on video. But I think the content of it, the subject matter actually has even more resonance now that we had this time for a lot of kind of heavy-duty reflection … It actually speaks to a broader world right now that we’re all in.

NA: Another thing that struck me about the film was how these strangers thrown together by circumstance dispense with the small talk and cut straight to confiding in one another.

SS: That’s what people are missing right now. When’s the last time you’d just get into a car with a stranger, right? We used to do that on a regular basis. It’s that need for something fresh. Now you’re limited even in your outdoor walks with people — they’re your friends but you’re seeing the same people and you have the same stories, you don’t have a lot of anything new or new perspective to bring to it. So in Drifting Snow, with the Joanne and Chris (Jonas Bonnetta) characters, when they happen to be able to come together, having a stranger enter your life gives you an opportunity to see things in a different way.

NA: Does the movie’s commentary on new arrivals to Prince Edward County mirror your own experience, watching idealistic artists move in who maybe don’t realize just now challenging rural life can be?

SS: I think that that’s part of life’s learning, isn’t it? For instance: us starting a vineyard. Because actually if we knew — if we’d had any idea how challenging it was going to be, how much of a commitment emotionally, physically, financially — we may have never done it. Ignorance is bliss sometimes — especially when you’re younger or seeking artistic outlets. Like I tell my kids, that’s the time to take a leap of faith and see how things go.

NA: What’s the rhythm of your days now?

SS: Well, for instance right now I am wearing my riding clothes because I’m about to go riding on my horse. I ride at least 3-4 times a week and I’m learning a new discipline, which is hunter/jumper — going over jumps. It gets my heart pounding and my breath moving and it challenges my brain and my body. That helps to keep things sharp, you know?

NA: There’s a lot of wine in Drifting Snow, so I have to ask: what is your recommended wine pairing for this movie?

SS: It’s a winter movie so I think a pinot noir. I don’t know if we have any left but our 2018 pinot noirs were spectacular!

Drifting Snow will be available on iTunes Canada, Apple TV, Vimeo On Demand and Shaw on Demand beginning Tuesday May 11.