As Ellen DeGeneres Announces the End of Her Talk Show, Can She Rebound From Scandal to Forge a Successful Third Act? 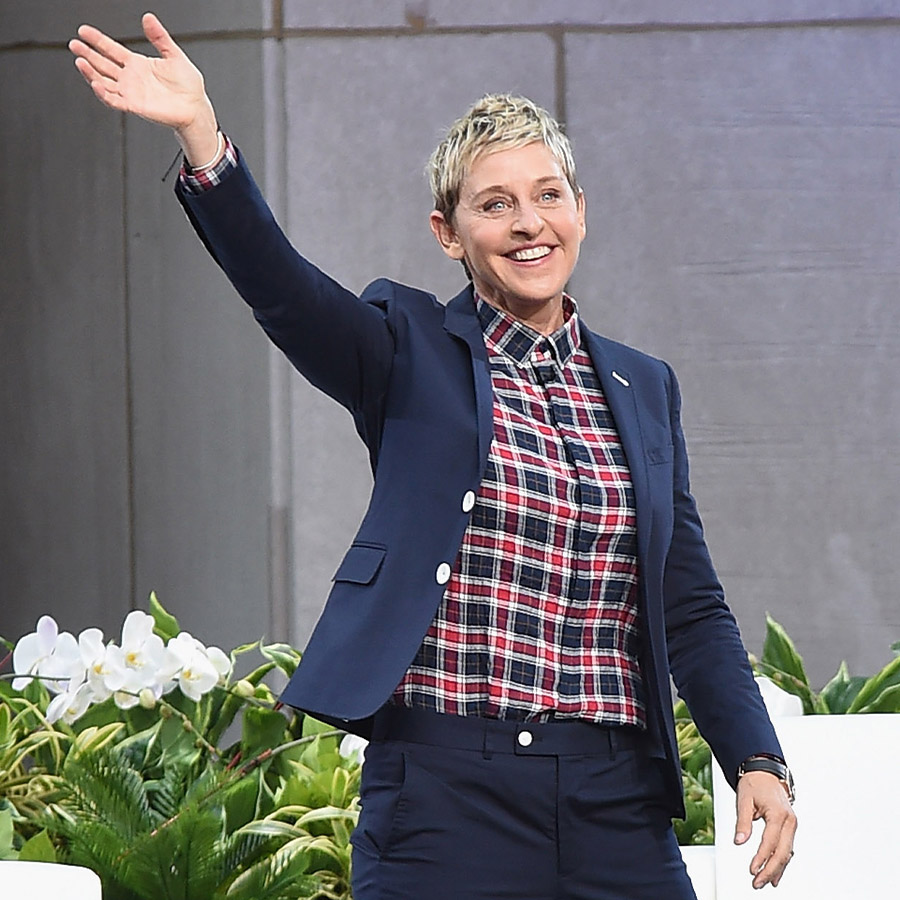 Ellen DeGeneres revealed on Wednesday that she's ending her long-running talk show after 19 seasons in 2022. The announcement comes almost a year after a bombshell report of allegations, including of sexual harassment, behind the scenes at the show. Photo: Gary Gershoff / WireImage via Getty Images

Ellen DeGeneres revealed in an interview with The Hollywood Reporter that was published on Wednesday that she’s wrapping up her eponymous daytime talk show in 2022 at the end of its 19th season.

DeGeneres added that, two years ago, after 16 seasons, she signed a contract that would carry the show through 2022 and then end after 19 seasons.

In other words, she says the decision to end the talk show has nothing to do with the accusations of a toxic work environment, harassment, sexual misconduct, racism and intimidation behind the scenes, which were outlined in two blockbuster 2020 Buzzfeed News stories based on interviews with 36 former staffers. The reports led to the resignation of multiple producers on the show, internal investigations and an on-air apology from DeGeneres herself at the beginning of the show’s 18th season last September.

“If I was quitting the show because of that, I wouldn’t have come back this season,” DeGeneres told THR defiantly, adding that the allegations “destroyed me” because “with the talk show, all I cared about was spreading kindness and compassion, and everything I stand for was being attacked.”

She did note that, “I check in now as much as I can through Zoom to different departments, and I make sure people know that if there’s ever a question or ever anything, they can come to me, and I don’t know why that was never considered before. I’m not a scary person. I’m really easy to talk to. So, we’ve all learned from things that we didn’t realize — or I didn’t realize — were happening. I just want people to trust and know that I am who I appear to be.”

In the wake of the Buzzfeed News story, The Ellen DeGeneres Show has seen a ratings drop of more than a million viewers, down to 1.5 million viewers from 2.6 million. As the New York Times noted, “The show’s loss of more than a million viewers translates to a 43 percent decline, representing a steeper drop than any of its competitors … The loss of viewers includes a 38 percent decline in her core audience, adult women under 54, according to Nielsen. And it appears to have put a dent in the show’s ad revenue.”

Even before the Buzzfeed stories, DeGeneres’ reputation as “the Be Kind Lady” had taken a hit. A November 2019 interview on her show with actress Dakota Johnson turned awkward when DeGeneres asked Johnson why she wasn’t invited to the actress’ birthday party.

The awkward exchange led to a number of claims about DeGeneres not being as kind as she appears popping up on social media, though it’s not possible to substantiate all of them.

And while the fact that the “Be Kind Lady” is ending her show in the wake of a drop in popularity following a scandal may be coincidental, it’s a stunning career turn for someone who, a quarter-of-a-century ago, was making television history while carving a space for the LGBTQ community in prime time.

The Ellen DeGeneres Show officially signs off in 2022 and, regardless of recent scandal, will boast a legacy as one of the most popular daytime television talk shows in history. It’s also the most celebrated, nabbing the Daytime Emmy Award for Outstanding Talk Show / Talk Show Entertainment a record 11 times, among its numerous other honours.

DeGeneres, however, is no stranger to courting controversy. In fact, the final Ellen DeGeneres Show in 2022 will air 25 years after another landmark DeGeneres television moment — the 1997 episode of her sitcom Ellen, in which the comedian’s character came out as gay. With that declaration, DeGeneres’ character, Ellen Morgan, became the first gay lead character on a sitcom in television history.

DeGeneres herself came out as gay on The Oprah Winfrey Show prior to the episode airing, and was also featured on the cover of Time magazine with the quote, “Yep, I’m gay.”

Still, while the coming out episode, titled “The Puppy Episode,” drew huge ratings — Vanity Fair wrote that it scored “an estimated 44 million people, nearly three times the show’s usual ratings” — while featuring a roster of guest stars including Winfrey, Laura Dern, k.d. lang and others, and won an Emmy and a Peabody award, it didn’t come without a price.

Biography.com notes that “Reverend Jerry Falwell and televangelist Pat Robertson publicly mocked DeGeneres as ‘Ellen DeGenerate’ and joined others in signing a letter that decried the show as a ‘blatant attempt to promote homosexuality.’” As well, major sponsors dropped the sitcom. At least one ABC affiliate refused to air the episode in which the character came out and the subject matter itself divided viewers. As ratings declined from their all-time high, the show got cancelled a year later.

DeGeneres, however, rebounded and, despite an unsuccessful try at a second sitcom, The Ellen Show, in 2001, she starred in multiple films before landing her talk show in 2003 — the same year she scored the voice role of Dory in Finding Nemo.

In 2007, DeGeneres became the first openly gay person to host the Academy Awards (which she did again in 2014), and in 2020 the Golden Globes presented her with the Carol Burnett Award for lifetime achievement in television — making her the second recipient after Burnett herself.

Though the controversies that embroiled DeGeneres and her shows in 1997 and 2020 are very different, her apology — and the passage of time between now and the final episode of her talk show in 2022 — will likely allow her to emerge from this scandal with multiple opportunities open to her.

To start, she hosts and/or executive produces a number of other shows that grew out of The Ellen DeGeneres Show, including Ellen’s Game of Games and The Masked Singer.

And in 2018 she returned to her stand-up comedy roots for the first time in 15 years, so there’s a chance that another Ellen comedy special could pop up on Netflix or another streaming service.

But for now, even DeGeneres says she’s not sure what she wants to do next. She told THR that her agent wants her to “sit still for a minute” before making any decisions, though she noted she’d be up for movie roles if the part was right (while she said a sitcom is likely out of the question).

But ultimately, for her third act, there’s one priority DeGeneres holds above all else: “I need something new to challenge me.”

The biggest challenge, however, may involve earning back the widespread trust and goodwill she built in the first half of her career.

The Story of Late Night: New CNN Series Delves Into the Evolution of the Genre, From The Tonight Show to Today